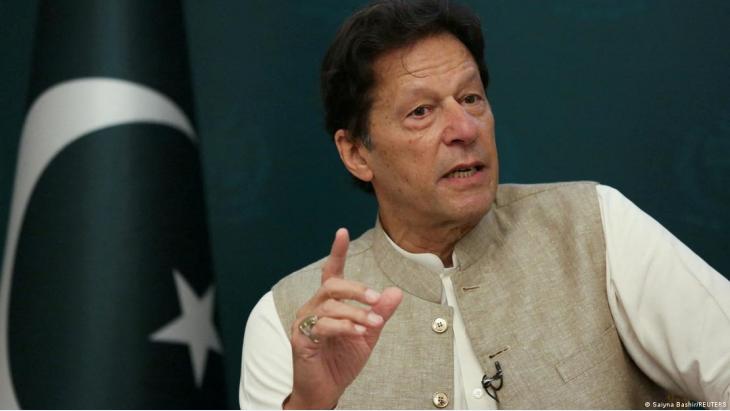 Former Pakistan prime minister Imran Khan called again on Monday for an early national election after his party seized control of the state assembly in Punjab, Pakistan's most populous province.

Twenty seats were up for grabs in the Punjab by-election, which was seen as a popularity test for the former international cricket star dismissed by a no-confidence vote in April.

His Pakistan Tehreek-e-Insaf (PTI) party won 15, with the Pakistan Muslim League-N (PML-N) of current Prime Minister Shehbaz Sharif taking four, and one going to an independent.

Sunday's vote was also seen as a bellwether for national elections that must be held by October next year, although Khan has campaigned across the country for an earlier poll since being dismissed.

"The only way forward from here is to hold free and transparent elections," Khan tweeted early on Monday after the Punjab votes were tallied. "Any other way will only lead to increased political uncertainty and further economic chaos."

Khan has drawn thousands to rallies since being ousted, giving lengthy speeches claiming the government was imposed on Pakistan by a US-led conspiracy.

He also blames the current government for soaring inflation, although most analysts agree Sharif inherited the country's economic woes – which were given some relief last week by an agreement with the International Monetary Fund (IMF) to resume a rescue package.

Pakistan newspapers suggested the Punjab result was a consequence of the economic hardships currently felt by the country, which is spending nearly half its income to service dire foreign debt.

To meet IMF conditions for a resumption of a $7.2 billion aid package, Sharif had to remove subsidies on fuel – effectively raising prices by more than 50 percent in less than two months.

"A bitter taste of unpopular decisions," read a headline in the influential Dawn newspaper over a front-page analysis.

The Punjab assembly vote was called after the election commission disqualified 20 members of the PTI for switching party loyalties.

The result means the likely end of a short reign as Punjab Chief Minister by Hamza Sharif, the prime minister's son. (AFP)

END_OF_DOCUMENT_TOKEN_TO_BE_REPLACED
Social media
and networks
Subscribe to our
newsletter