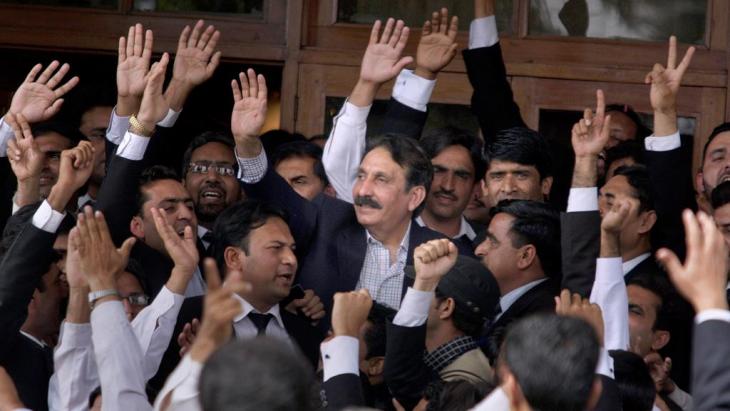 It is impossible to divorce Pakistan's political history – and evolution as a nation – from judicial power because of the judiciary's support for several military coups. Ever since the 1950s, Pakistan has vacillated between periods of democratic and military rule. The country has been governed by three military dictators: General Ayub Khan (1958 to 1968), General Zia-ul-Haq (1977 to 1988) and General Parvez Musharraf (1999 to 2008). Each time, the military rulers co-opted the Supreme Court (SC), the highest judicial authority of the country.

The judiciary has been criticised for derailing the constitutional process, but many elected politicians have not been democratic role models either. The decade-long democratic interlude before Musharraf's coup was marred by governance failures, including allegations of corruption and chronic law and order issues. The same is true of the civilian government that succeeded Musharraf in 2008 under President Asif Ali Zardari. At times, the media and interest groups seem to exaggerate these problems, but there can be no doubt that misgovernance has played a part in stalling democratisation in
Pakistan.

In 2005, Chaudhry became chief justice and changed tack in regard to the Musharraf regime. The SC began to intervene directly in governance. Various human-rights organisations, civil-society groups and the media championed his judicial activism, and so did the legal community. 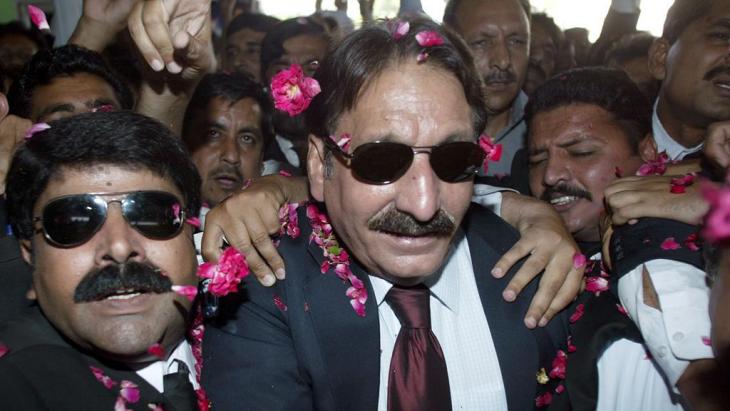 The new ruling class: When Iftikhar Mohammed Chaudhry became Chief Justice in 2005, the Supreme Court began to intervene directly in governance. The Court has since granted itself the power to select, prioritise and take up issues for judicial intervention as it pleased

Under the chief justice's leadership, the SC set up a human rights cell and dramatically increased adjudication of cases under its "original jurisdiction". This jurisdiction basically concerns judicial review powers for enforcing the fundamental rights that are spelled out in the constitution. Such activism is also referred to as "public interest litigation" (PIL).

The main objective of PIL is to enable poor and vulnerable litigants to access the apex court directly. For this purpose, the SC can use inquisitorial proceedings and relax procedural rules.

The SC first began to develop PIL in the late 1980s after Zia's departure. It used PIL as a tool to restore its legitimacy and regenerate public confidence in its ability to deliver justice to common people. India's Supreme Court had similarly adopted PIL in the early 1980s to clear its image which had been tarnished during Indira Gandhi's emergency regime in the mid-1970s.

In Pakistan, PIL activism decreased considerably in the first six years under Musharraf. After becoming chief justice, however, Chaudhry resuscitated PIL. He used "suo motu" powers liberally and encouraged other judges to do the same. These powers basically enable the court to assume jurisdiction over matters without an external party asking it to do so. In effect, the SC granted itself the power to select, prioritise and take up issues for judicial intervention as it pleased.

By 2007, Musharraf began to view the SC as a threat to his regime. The autocratic leader did his best to remove Chaudhry from office. His first attempt, in March, 2007, failed in view of massive protests by members of the legal community and political parties, known as the "lawyers' movement". His second attempt in November 2007 was more successful, but the lawyers' movement was not dispelled. Chaudhry was reinstated in 2009. By that time, Musharraf had already transferred power to an elected civilian government under President Zardari.

Ever since, the SC has become even more assertive. It not only interferes in matters of human rights, public policy and governance, but has also begun to meddle in politics. Its activism is now much wider in scope and impact than ever before. This trend is adversely affecting democracy and the legislative processes. While the SC is right to uphold fundamental rights, the judiciary must let the executive and legislative branches of government do their jobs. 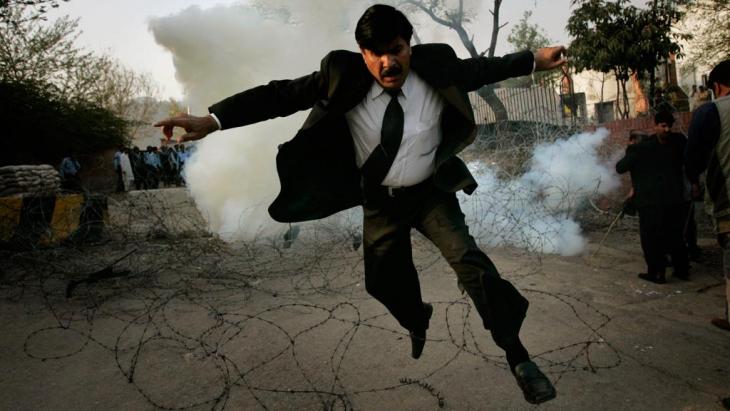 High flying justice: The Supreme Court has managed to insulate the judiciary from constitutional checks and balances, Khan writes. Consequently, tensions with other state institutions, like the military, are inevitable

The chief justice and other judges of the SC think that they are the true custodians of the constitution and democracy in Pakistan. Accordingly, they consider all other institutions to be subject – virtually without any limitations – to their judicial review and suo motu powers. Perhaps the unprecedented support they received from the lawyers' movement contributed to their sense of mission. Be that as it may, the tide of opinion amongst prominent lawyers, political leaders and the intelligentsia in general is rapidly turning against the SC's excesses. In the past four years, several highly politicised decisions have marked a worrying trend of judges reaching beyond their normal jurisdiction. In a somewhat simplified typology, these cases belong to three broad categories. The SC has:

The first category of excessive judicial activism concerns direct interference with salient powers of representative government that the constitution entrusts exclusively to elected representatives. For example, members of parliament can pass constitutional amendments with a two-thirds parliamentary majority, which is the highest form of legislative activity in a democracy. To do so, the ruling party typically must find agreement with other parties.

In 2010, the SC nonetheless demanded changes to the Eighteenth Constitutional Amendment, indicating that those changes were necessary to safeguard judicial independence. To avoid a confrontation with the SC, the parliament made those changes through the Nineteenth Constitutional Amendment. The SC was thus successful in overriding parliament's exclusive power of amending the constitution. Taking matters further, the SC has since managed to insulate the judiciary from constitutional checks and balances in a row of decisions.

The Eighteenth Constitutional Amendment was designed to rebalance the separation of powers in Pakistan. It reduced the role of the president and strengthened legislative bodies. One of its com­ponents was to make judicial appointments more participatory and transparent. For this purpose, it established a two-step process involving many stakeholders, including judges, legal representatives from the government and professional lawyers' organisations as well as parliamentary representatives from both the government and the opposition.

The SC, however, severely limited the discretion of members of parliament (MP) in judicial appointments. This is bizarre since MPs enjoy electoral legitimacy. Moreover, legislative bodies play a material role in appointing judges in many countries, including the US and Germany, for instance. In Pakistan, however, the SC now has virtually total control over the appointment of judges. 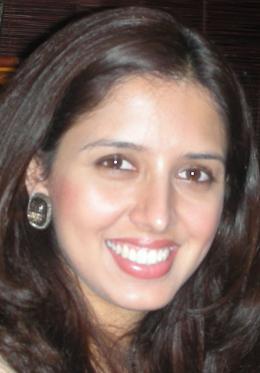 Maryam S. Khan is an assistant professor of law and policy at the Lahore University of Management Sciences

The second category of the SC's excesses concerns the exercise of judicial power to remove democratically elected representatives from office. This is done by insisting on the observance of SC orders that clash di­rectly with legitimate executive directions. The most prominent case was the removal of the prime minister, Yousaf Raza Gillani.

In 2012, the SC convicted him of contempt of court and retroactively disqualified him from membership of parliament. As the prime minister must be an MP, Gillani could not stay in office. He had been close to becoming the first democratically elected prime minister in Pakistan to serve a full term.

The SC found Gillani guilty because he refused to carry out its order to ask the Swiss government to re­open corruption cases against President Zardari. The SC thus created a constitutional crisis that embroiled the country for months. It essentially overrode the power of the people to remove democratically chosen representatives in elections. The peculiar aspect of this case was that the SC's orders related in substance to the president, not the prime minister.

The third category is about judicial intervention to force accountability on members of the executive for matters exclusively within their domain and discretion. The affair called "Memogate" is the most striking example. In late 2011, the SC began an inquiry into the contents of a column published in the Financial Times which alleged that a Pakistani official had delivered a "memo" to the US military on behalf of President Zardari. Among other things, this memo solicited the US government's support in forming a new national security team in Pakistan that undercut the de-facto powers of the Pakistani army and intelligence services. Allegedly, the motive behind the memo was to prevent yet another military coup in the aftermath of the US raid on Osama bin Laden earlier that year.

This was a purely political issue. It had no constitutional ramifications, and there was no infringement of fundamental rights. Nonetheless, the SC accepted jurisdiction over the matter on the basis of a potential risk to national security. In its vitriolic pursuit of the suspected author of the memo – Hussain Haqqani, the Pakistani Ambassador to the US at the time – the SC further fuelled an impression the media had created. News reports had suggested that executive officers of the civilian government were involved in anti-state activity.

The Memogate case is still open, and the SC continues to order the government to compel Haqqani to return to Pakistan from the US, where he is currently residing. By taking jurisdiction of a political question, the SC has both scandalised the political process and undermined the power of the government in its relation to subordinate, un-elected institutions like the military and the intelligence services. This approach flies in the face of democratic accountability.

One common factor in these decisions is the SC's overbroad interpretation of its PIL powers. The SC has set highly problematic precedents for intervening in purely political questions by either expanding the notion of "public importance", or interpreting fundamental rights in a rather loose and impromptu fashion. At times, it has conspicuously evaded the question of whether an issue relating to the enforcement of such rights had arisen at all.

Moreover, the SC continues to endorse many of these precedents on grounds of judicial independence, arguing that without the latter there can be no democracy. But the examples discussed above show that the SC's notion of judicial independence is antithetical to democratic governance, and is likely to further cement an unhealthy political competition between the judiciary and the representative branches of government.

The USA and NATO plan to withdraw from Afghanistan by September. The operation is risky, the outcome uncertain. Many Afghans fear civil war. The quake on the Hindu Kush will also ... END_OF_DOCUMENT_TOKEN_TO_BE_REPLACED

The Prophet Muhammad never executed anyone for apostasy, nor encouraged his followers to do so. Nor is criminalising sacrilege based on Islam’s main sacred text, the Koran. In ... END_OF_DOCUMENT_TOKEN_TO_BE_REPLACED

Surging coronavirus cases in many parts of the world have overshadowed the start of this year's Muslim holy month of Ramadan, with festivities once again curtailed by contagion ... END_OF_DOCUMENT_TOKEN_TO_BE_REPLACED

As Qatar prepares to host the 2022 FIFA World Cup, the country has come under fire for its treatment of migrant workers, with some nations calling for a boycott of the contest. ... END_OF_DOCUMENT_TOKEN_TO_BE_REPLACED

After a period of relative calm, the conflict in Syria is reigniting the tensions between Sunni and Shia Muslims in Pakistan: groups from both sects are involved in the clashes in ... END_OF_DOCUMENT_TOKEN_TO_BE_REPLACED

Fanna-fi-Allah is the West's most renowned Qawwali ensemble. It stands out not only for its strong stage presence, but also for its commitment to preserving the centuries-old ... END_OF_DOCUMENT_TOKEN_TO_BE_REPLACED
Author:
Maryam S. Khan
Date:
Mail:
Send via mail

END_OF_DOCUMENT_TOKEN_TO_BE_REPLACED
Social media
and networks
Subscribe to our
newsletter