Gustaf Dalman (1855-1941) is viewed as the founder of Palestine studies in Germany. As the first director of a German archaeological institute in Jerusalem, he amassed a substantial collection of photographs. The glass slides capture the Holy Land around 1900 and provide a unique insight into Palestine before its modernisation. By Marcel Serr 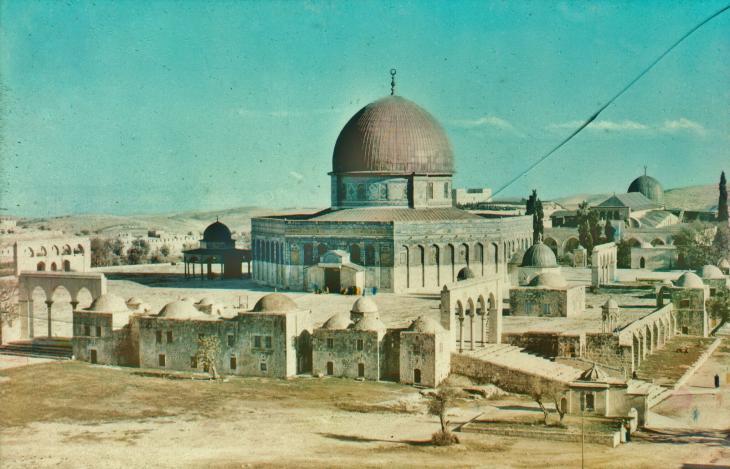 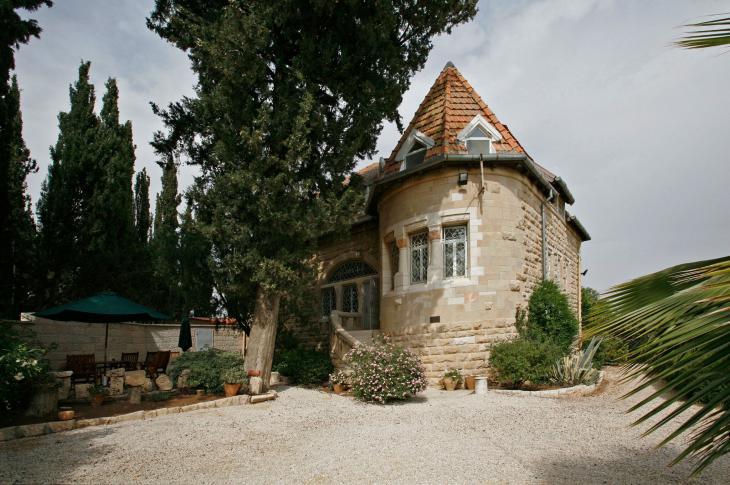 For years, a treasure has been slumbering at German Protestant Institute for the Archaeology of the Holy Land (DEI) museum in Jerusalem - some 120 glass slides from the private collection of Gustaf Dalman (1855-1941) 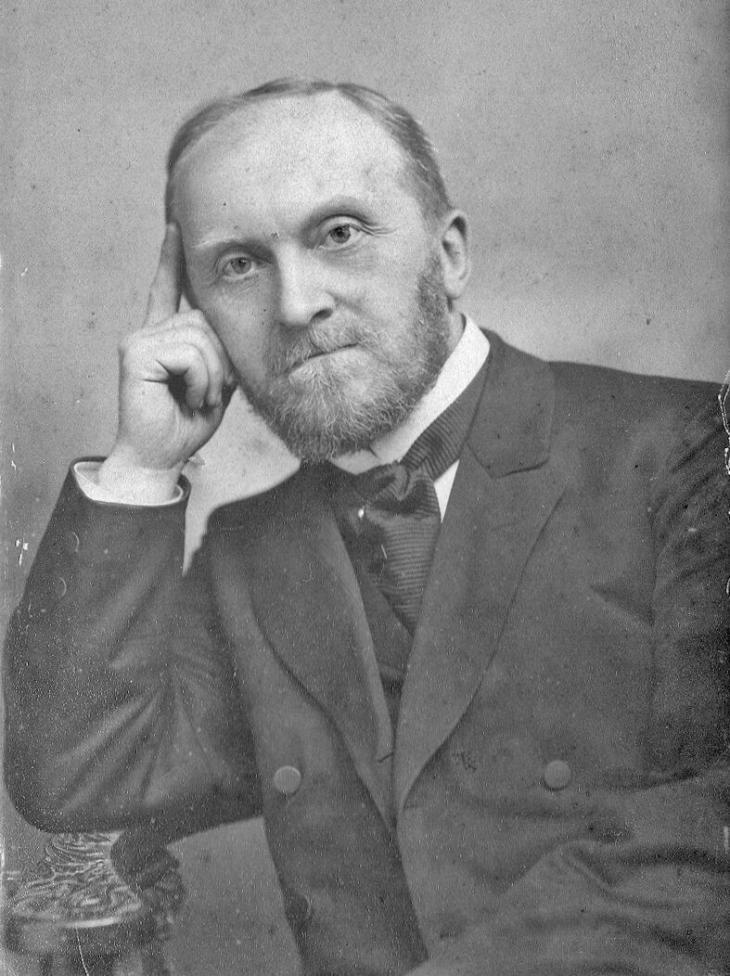 Dalman was a German theologian, who came to Jerusalem in 1902 as the first director of the DEI. He held a huge fascination for the nation and its people. His interest was not limited to straightforward observation and documentation; Dalman did not shy away from sleeping in Bedouin tents and learning to plough, weave and bake in traditional ways 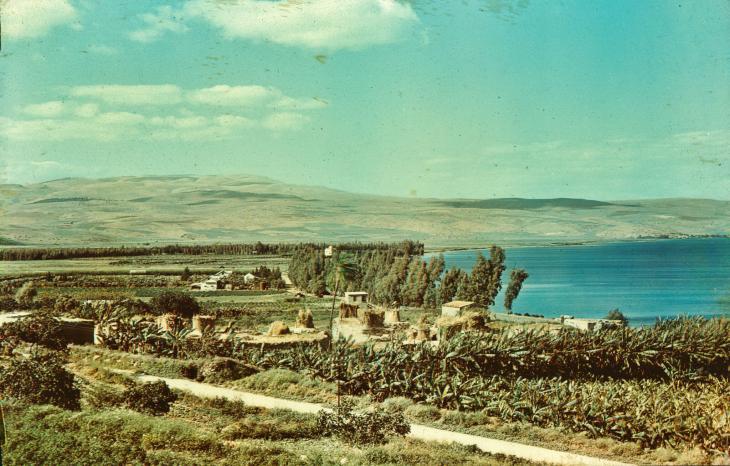 But there was also a spiritual component to his interest in the Holy Land. Dalman believed that the fact that the Bible was written in the southern Levant and the events described in it took place there was not a coincidence, but a conscious decision by God. He was convinced that if theology were to neglect this fact, this would rob it of its very foundation 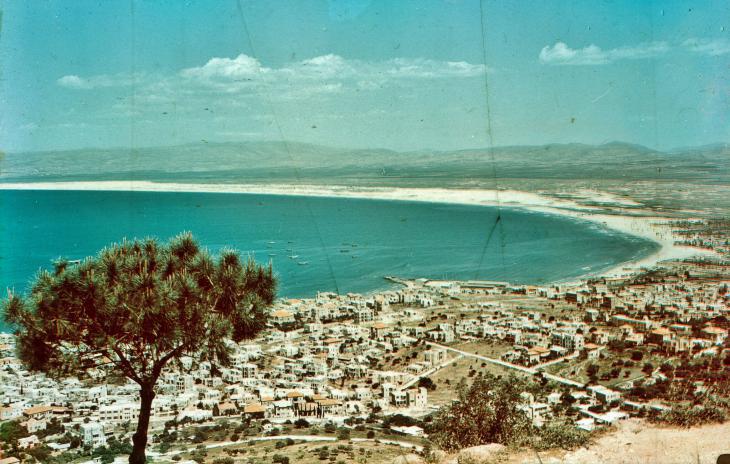 Dalman focused his research on topographical and geographical aspects, as well as antiquities from the prehistoric through to the Arabic period, as well as the customs, traditions and working practices of the local population and finally the language. He collated these different perspectives and with Palestine Studies, created a new field of research that he perceived as an ancillary discipline of theology 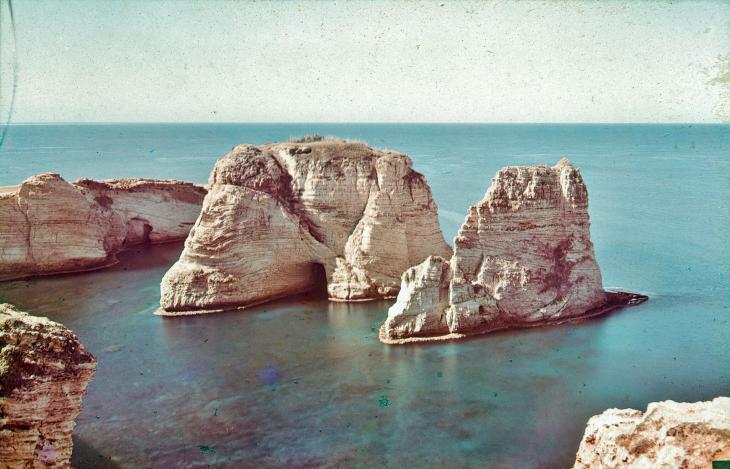 Dalman recognised the value of a comprehensive collection of photographs. Rather than serving touristic purposes, the images were purely intended to clarify and illustrate academic research 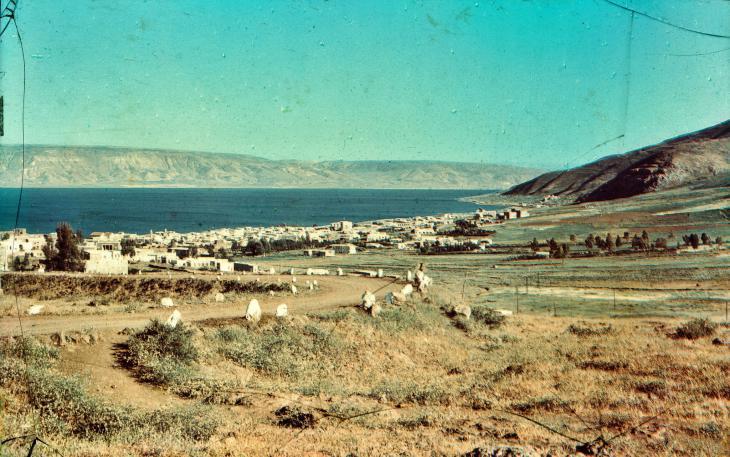 Dalman reminded participants of this during the courses he organised: "The photographic camera should capture characteristic aspects, but not curiosities or unimportant things. Previously, drawing was a good way of getting to know a landscape in detail. Now, the same must be achieved through quiet observance of nature and its shapes, colours and people and entering this information into a notebook" 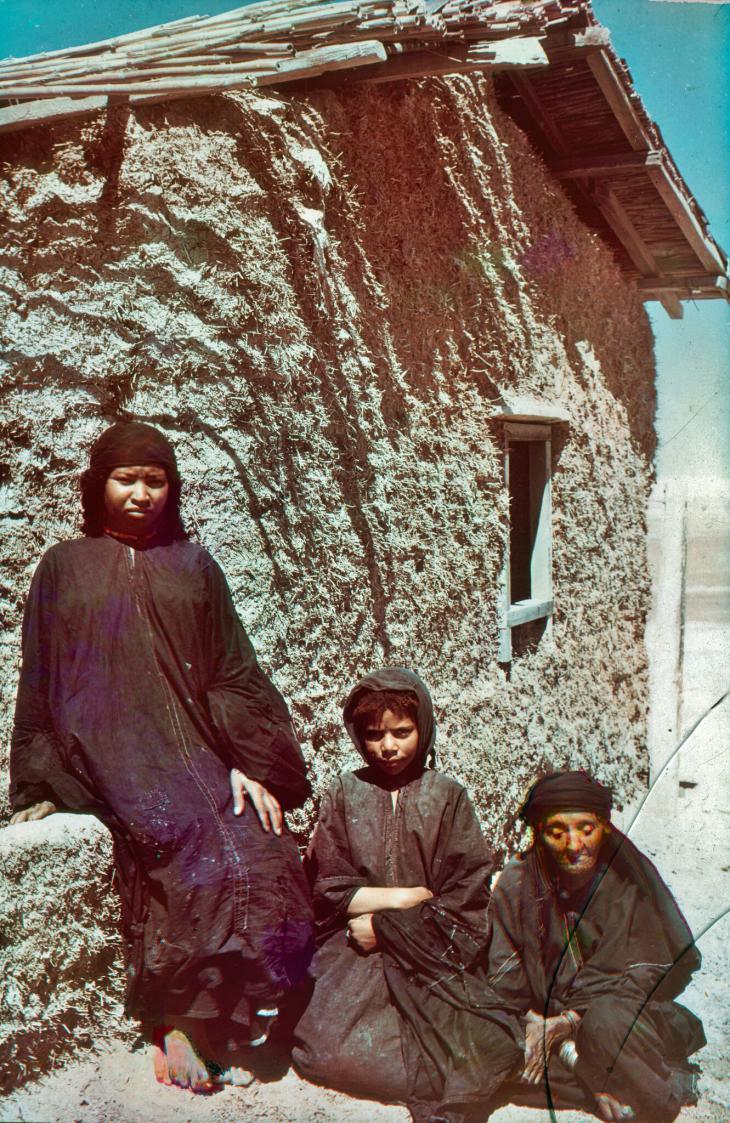 Dalman was convinced that anyone wanting to understand the Bible must study the Holy Land in all its facets. True to his conviction, Dalman established a variety of collections: rocks, plants, timbers, animals, everyday utensils, musical instruments, coins, clothing, an archaeological collection right through to an extensive photograph collection 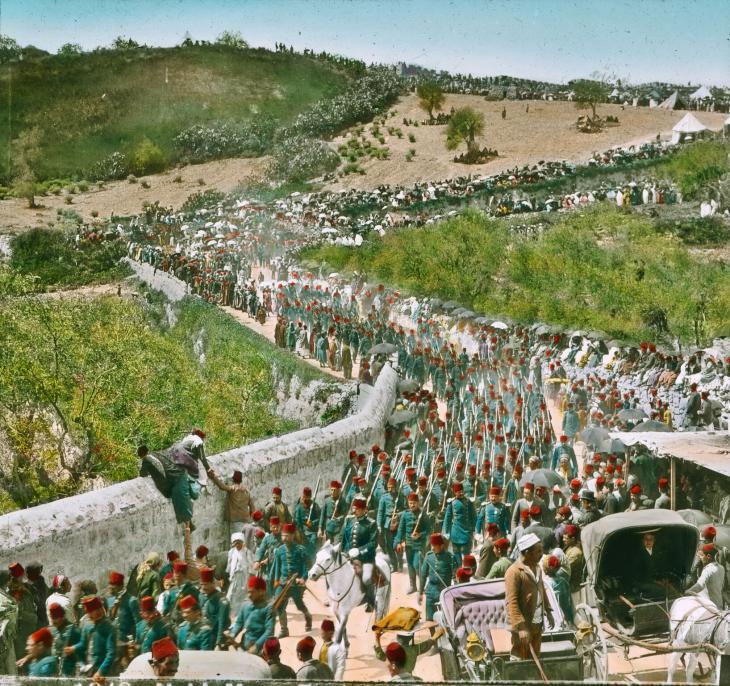 When the First World War broke out in 1914, Gustaf Dalman was home in Germany on his annual holiday. The war initially made it difficult for him to return to Jerusalem. For this reason, his extensive collections – including the photographs in question – remained in the Holy Land in the first instance 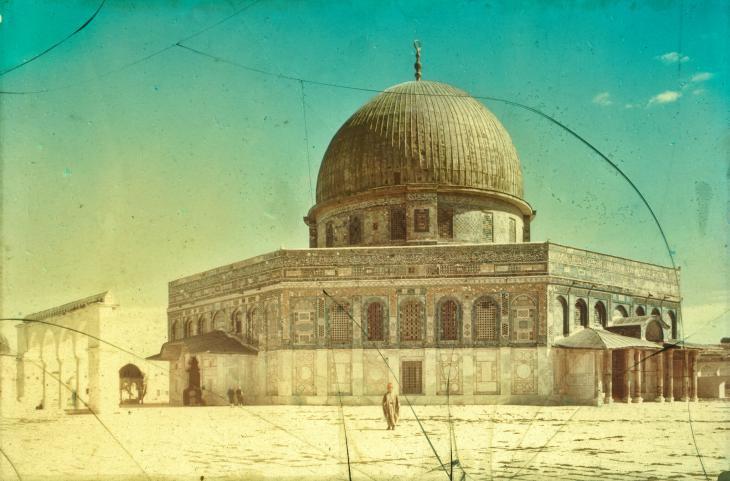 It was 1921 before Dalman was able to return to his beloved Jerusalem for a few months, to organise the shipment of his collections to Greifswald, where he had taken on a professorship. The glass slides were also brought to Germany at this time. Most of the photos were absorbed into the extensive photo collection at the Greifswald Palestine Institute founded by Dalman (known today as the Gustaf Dalman Institute) 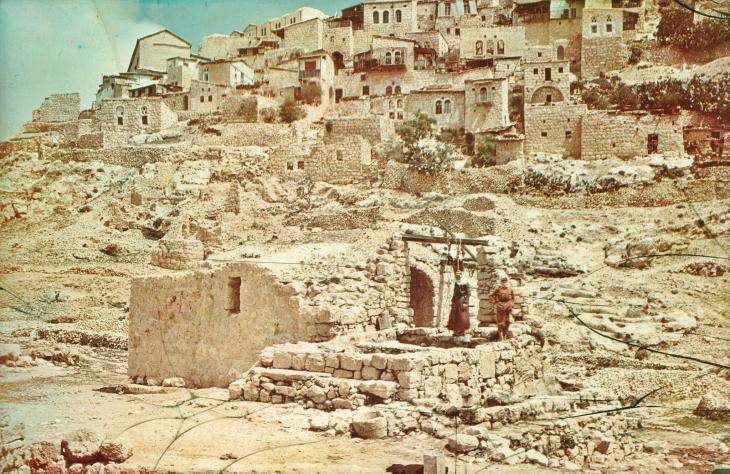 The photographs exhibited here include glass projection images from Dalman's private collection. They probably date from the period between the turn of the 19th/20th centuries until the 1930s. The subjects range from landscape and architectural shots, right through to ethnological and botanical themes 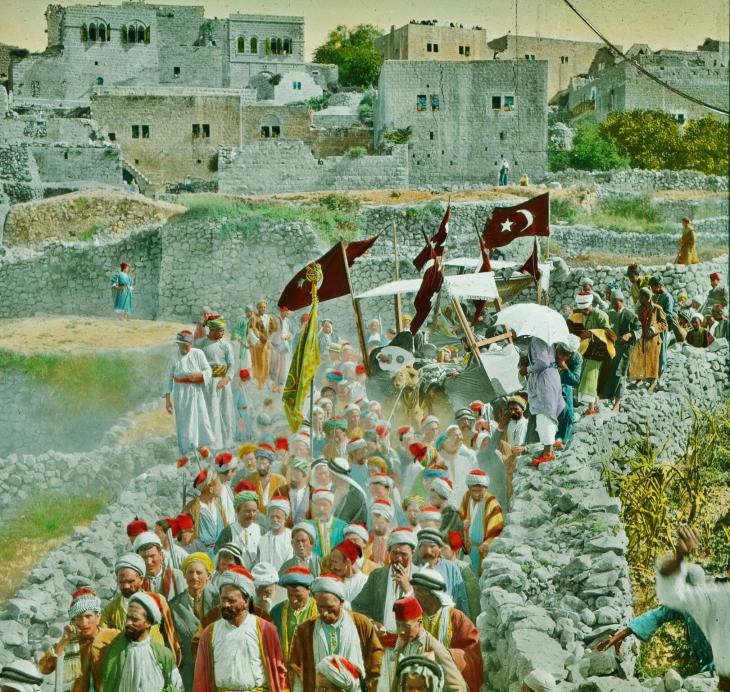 Dalman purchased some of these slides at Vesters & Co. American Colony Store in Jerusalem. The photographic business was known for its progressive technology and the broad range of themes it covered, as well as photographers who were deeply rooted in the nation 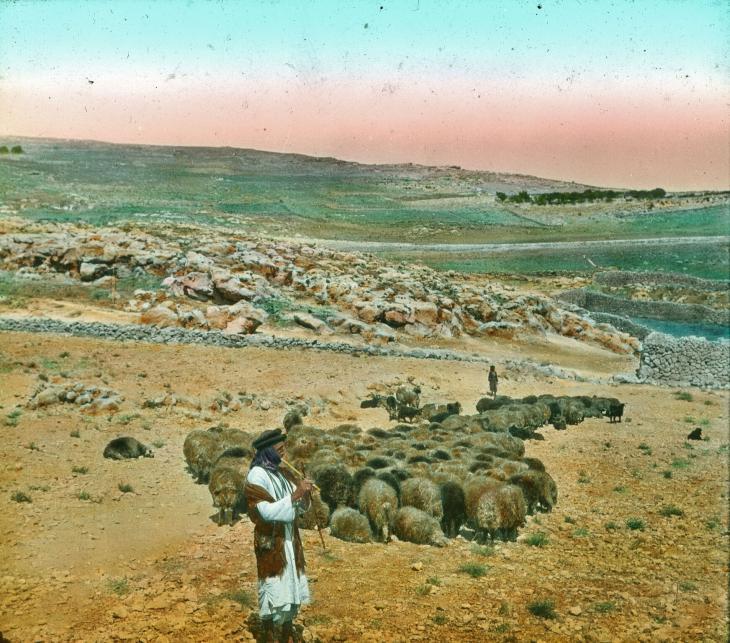 One of the best-known American Colony photographers was the Swedish national Eric Matson and his American wife Edith. Both specialised in the colouring of glass slides originally taken in black and white. They used oil paints and very fine brushes, sometimes with just one hair, to meticulously colour the glass slides by hand and also ensure that they could withstand the heat of a projector. The colouring was carried out on the basis of memory, drawings and the photographer's imagination 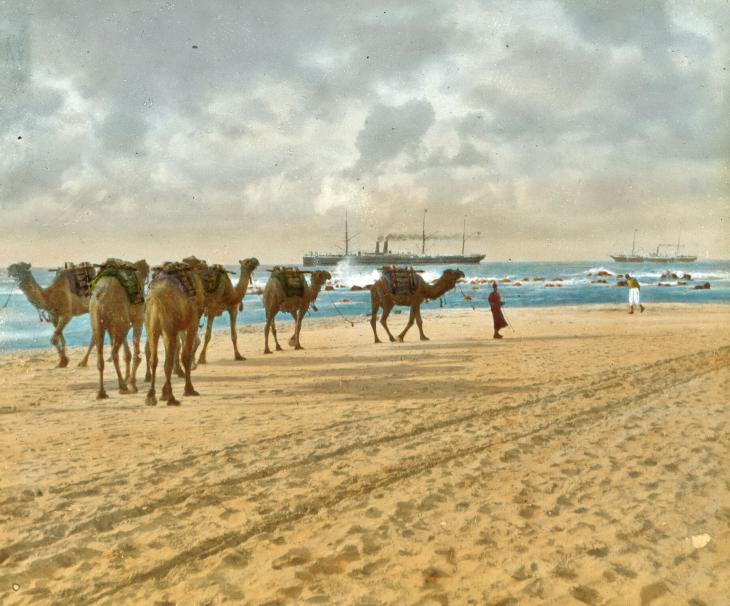 Indeed their work was of such a high quality, an observer might believe these are actual colour photographs. Displayed through a projector, the images were a highly effective way to illustrate information – which was just right for Gustaf Dalman, who always set great store by clarity during his lectures 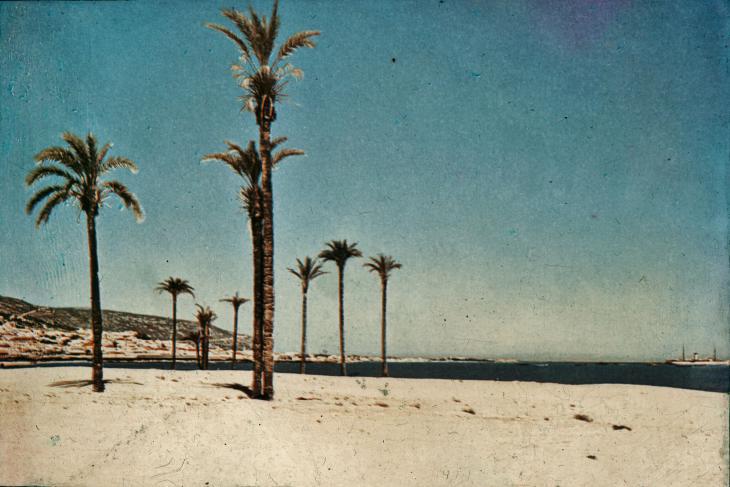 For more than 50 years, American Colony photographers documented life in Palestine and produced more than 20,000 glass negatives and photographs. The photo studio specialised in the colouring of glass slides and offered pictures on a wide range of subjects – from scenes of rural life and the locust plague in Palestine, right through to World War One 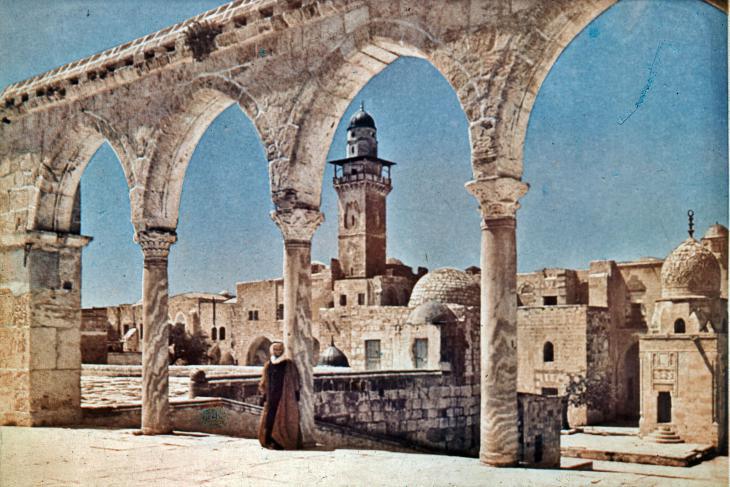 Other glass slides come from the company Uvachrom AG in Munich. The company was founded in 1918 by Arthur Traube and made colour slides and colour prints using the uvatypie method. Some of the images were also created using the autochrome process patented by the brothers Auguste and Louis Lumiere

END_OF_DOCUMENT_TOKEN_TO_BE_REPLACED
Social media
and networks
Subscribe to our
newsletter