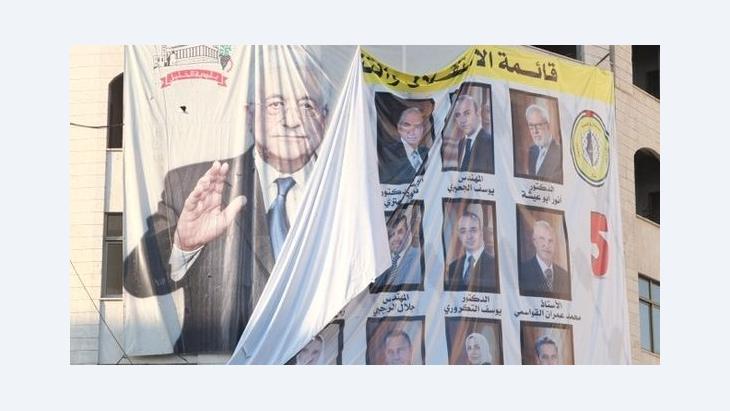 ﻿Frustration with traditional parties has reached a zenith in the Palestinian territories. Israel forbids Palestinians in East Jerusalem from holding elections. But the latest round of local polls in the West Bank shows that faith in the democratic electoral process and the desire to participate remains unbroken. By René Wildangel

﻿On 20 October 2012, local elections took place in the West Bank for the first time in seven years. These were also the first elections to take place since the 2006 parliamentary poll. The 2006 elections were a bitter experience for Palestinians. Although EU and US observers agreed that the procedure was free and fair, instead of judging Hamas on its merits and its work in government, the Middle East Quartet refused to recognise ﻿the results, which effectively amounted to a political boycott of ﻿the unwelcome movement.

Many figures within the EU have since agreed that the decision not to recognise the Hamas victory was wrong. But the consequences, which have been counterproductive in every sense, still resonate to this day.

At the beginning at least, the international boycott of the Hamas government stoked the bitter feud between Fatah and Hamas, which spilled over into open violence in 2007. Hamas took over the Gaza Strip, and Fatah has since controlled the West Bank, meaning that there are essentially two governments. Within the framework of a reconciliation process there have been several treaties and declarations of intent, but no real progress. 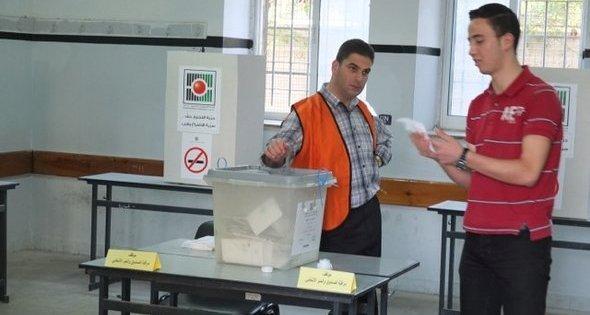 "The fact that Palestinians have nevertheless taken part in the poll shows nothing less than their desire for self-determination and is an indicator of the search for political alternatives," René Wildangel says

​​Meanwhile, the terms of office of all elected Palestinian organs have expired. Since January 2009, President Abbas has been serving without the voters' mandate. This is why Hamas officially recognises Aziz Dweik as President, who was elected President of the legislative council in 2006. But this body has not convened since 2007, several parliamentarians are still in detention, and its legislative period came to an end in January 2010.

Political legitimacy is in short supply in the Palestinian territories. It was clear that the local elections could not change this. They had been postponed several times to enable the first consensual implementation since 2004 and 2005 in the West Bank and Gaza Strip. Owing to a lack of progress in the reconciliation process, President Abbas finally ordered elections to take place in the West Bank alone, to the annoyance of Hamas, who declared a boycott.

The obstacles and obstructions to the local elections were high: In the Gaza Strip, Hamas refused to go to the polls. In Jerusalem, Israel bans the Palestinians from holding elections. In the West Bank, there was only any real competition in 93 of the 350 constituencies; in 181 there was only a single list to choose from, in 78 no elections took place at all. Under such conditions, many Palestinians didn't want to cast their ballot.

"These elections are a joke," was one view expressed in Ramallah. "We live under occupation, and some people here behave as though these elections have national significance. This kind of attitude only serves to magnify the division."

But in view of the many obstacles, voter turnout was actually quite high at 54.8 percent across the entire West Bank. In comparison: At 52.3 percent, fewer people cast their votes in Germany's largest state North-Rhine Westphalia in local elections in 2009. The relatively high turnout suggests that many voters aligned with Hamas cast their ballots despite the official boycott out of a desire to participate.

Nevertheless, it was not only traditional parties up for election, but there were also several lists with independent candidates. The frustration many people feel with Fatah was then also expressed in the governing movement's woeful performance. Particularly in the larger towns, many seats were lost to alliances of independent parties, but also to renegade Fatah members. This meant Fatah was not even able to garner half of all mandates – despite the Hamas boycott.

In the traditionally conservative stronghold of Hebron, voter turnout was unsurprisingly low. But nevertheless, one of the lists was comprised solely of female candidates. "We were completely left to our own devices," say the party activists. "We had no financial or institutional support. But we want to instigate change, regardless of how difficult that is." Although they may not have been able to convince many voters, the desire for change is tangible.

On election day there were many expressions of support for the poll, despite internal divisions and the ongoing occupation. "Elections are an important basic right and an integral part of political culture. If we don't uphold this, if we don't insist upon it, then there won't be any presidential and parliamentary elections," says an elderly man in Ramallah. 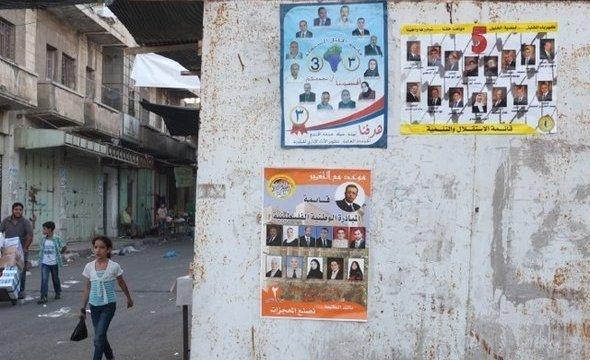 Obstacles to the local elections were high: Hamas boycotted the poll and banned voting in the Gaza Strip. But despite the difficult conditions and internal divisions many Palestinians were in favour of the poll

​​Those who came to cast their ballots represented a variety of social strata. Although frustration with long-established parties has reached a zenith, faith in the democratic electoral process and the desire to participate appears to be unbroken. On a local level in particular, because it is here that the composition of municipal, regional and village councils is decided, councils that are responsible for everyday matters – at least in the 20 percent of the West Bank where the Palestinians have limited autonomy.

The desire to have a say is nothing new, and certainly not a product of any western democratisation efforts. The Palestinian tradition of local participation dates back to the Ottoman era and has survived several periods of foreign domination – the British Mandate, Jordanian rule and the Israeli occupation.

With the organisation and implementation of these elections, the Palestinians have again demonstrated their democratic maturity. The losers are the ancestral parties: Neither Hamas with their boycott, nor the internally split, directionless and leaderless Fatah movement can convince most people because they are not offering any solutions. The occupation persists and the Palestinians do not have access to their own land and resources, which are being exploited by settlements in the West Bank that continue to grow. The Palestinian Authority is reliant on its drip feed of international aid.

The elections cannot rectify inherited structures and the lack of legitimacy. It is unlikely that the elections will yield a future Palestinian civil rights and protest movement against the occupation, but rather seek to actively overcome existing political structures – established back in 1993 for a transitional period. The fact that Palestinians have nevertheless taken part in the poll shows nothing less than their desire for self-determination and is an indicator of the search for political alternatives.

René Wildangel is Director of the Heinrich Böll Foundation in Ramallah.

Home
Print
Newsletter
More on this topic
Middle East Peace Process: Palestinian Unity Required to Move ForwardProtests against the Palestinian Authority: ''The People Want to Bring down Oslo''Interview with the Jewish Palestinian Politician Ilan Halevi: With One Foot in the UN
Related Topics
All Topics
Date:
Mail:
Send via mail

END_OF_DOCUMENT_TOKEN_TO_BE_REPLACED
Social media
and networks
Subscribe to our
newsletter