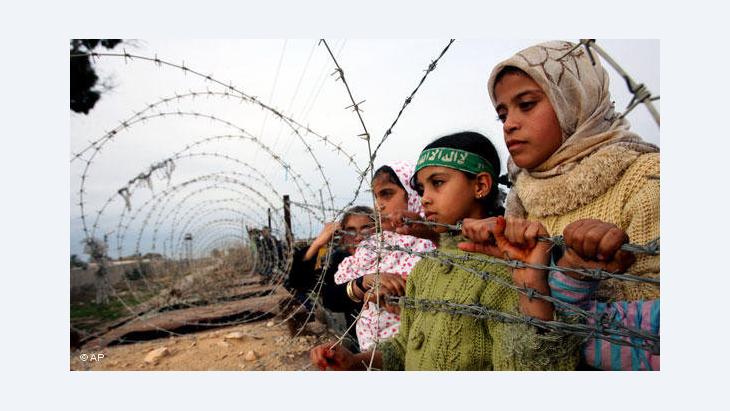 ﻿﻿The long years of division between Hamas and Fatah have created an awareness of the need for compromise among the organization's leaders. But now, the military coup in Egypt represents a threat to the reconciliation process in Palestine. By Ingrid Ross

The events which led to the removal from office of Egypt's President Mohammed Morsi have been viewed with great concern in Gaza. The Egyptian army's overthrow of the Muslim Brotherhood president has stunned the Palestinians. The closure of the Rafah crossing and of the tunnel between Egypt and the Gaza Strip will once again lead to a tightening of the Israeli blockade. Until recently, thousands were crossing the border every day.

The shutting down of the tunnel economy will ensure that the movement of goods is once more completely back in Israeli hands. Many Palestinians also see parallels between the political situation in the Gaza Strip and what is happening in Egypt. Parties belonging to the so-called political Islam were in power in both places; in Palestine, participation in the political system was preceded by an intensive debate, and one that was by no means limited to internal discussion within the ranks of Hamas alone.

Even outside observers questioned whether a party that stood for political Islam would be capable of participating in democratic processes, whether they would accept principles such as pluralism, tolerance or freedom of speech. Optimists cited the Turkish model, arguing that the AK party seemed to be having no trouble following the rules of democracy.

Pessimists, on the other hand, pointed to Iran's religious Guardian Council and to the dominant role it plays in both politics and society.

​​In Egypt, as in Palestine, the authority of the parties representing political Islam has been democratically legitimised. While in Palestine it was the actions of the international community, amongst other things, that led to the boycotting of Hamas following their election victory in 2006, in Egypt this week it was the army and masses of discontented people who were responsible for the deposition of Morsi.

Both countries are deeply divided. Contention is centred not only on the relative shares of political power, but also, and most importantly, on the questions concerning the role of religion in politics and society. Secular, western-oriented sections of the population are fearful of developments that might lead to an Islamisation of public life, cultural organisations and educational institutions.

Neither Hamas-controlled Gaza nor post-revolutionary Egypt has managed to establish any way of protecting minorities or clearly defining the position and role of religion within society. Seven years of Hamas rule in Gaza has, however, resulted in the creation of a number of functional mechanisms which have made it possible to establish some balance among competing social interests. 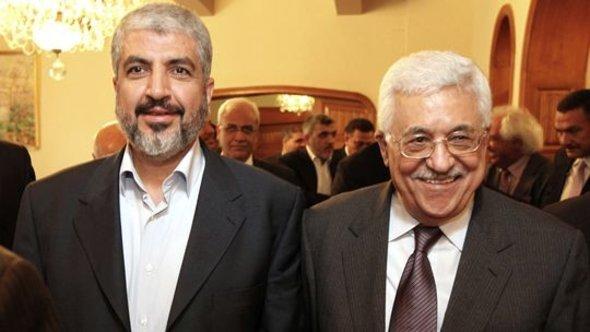 Two political rivals come together: in May 2011, Hamas leader Khaled Meshaal and Mahmoud Abbas, leader of Fatah, signed their first reconciliation agreement in Cairo. Among other things Hamas committed itself to the novel idea of a Palestinian unity government

​​Some civil society organizations have even achieved an informal consultative role, which has made it possible for discussions to take place between Hamas and representatives of human rights organisations on some of the more controversial laws such as those pertaining to education or the Sharia-influenced criminal laws.

Despite the political divisions, committees meet regularly to attempt to pave the way for reconciliation between Fatah and Hamas, between the West Bank and Gaza; a reconciliation with the participation of all Palestinian parties.

The Committee for Political Freedoms has evolved into a body in which not only fundamental rights such as freedom of speech, the right to protest and freedom of movement are regularly discussed, but also where any current cases of arrest or breeches of freedom of movement can be dealt with.

The military coup in Egypt represents a threat to the reconciliation process in Palestine. The long years of division have created an awareness of the need for compromise, but the coup in Egypt has strengthened the position of Hamas's opponents.

Whether the voices of those calling via the Internet for a rebellion against Hamas in Gaza in the wake of President Morsi's downfall will be heeded is uncertain. It is certain, however, that there is no independent army there with the power to depose Hamas and this in itself will restrict the actions of opposition groups.

Should it come to pass, however, that new mass protests, bringing together people of all social strata in Egypt to call for reconciliation, ever find their way to Tahrir Square, it may well be that the message that goes out from Cairo will be a positive one for Palestine after all.

Recent efforts to rehabilitate Assad are setting a damaging precedent for accountability, just as the international community is expressing the need to hold Russia to account for ... END_OF_DOCUMENT_TOKEN_TO_BE_REPLACED

With reported hostilities against Israeli journalists and the flag of the Palestinian territories flying on the streets and in the stadiums, it is clear the World Cup in Qatar is ... END_OF_DOCUMENT_TOKEN_TO_BE_REPLACED

Past attempts to reconcile logic and belief within Islam tend to be dismissed today – not because they lack merit, but because they were politically defeated, argues Mustafa Akyol END_OF_DOCUMENT_TOKEN_TO_BE_REPLACED

When is it and when is it not acceptable to display a political banner at the World Cup in Qatar? The answer seems to depend largely on the political message, with fans ... END_OF_DOCUMENT_TOKEN_TO_BE_REPLACED

Nouara may be 65, but she is ready to join thousands of others who burn their ID and pay traffickers for the chance of a new life in Europe. Zineb Bettayeb reports END_OF_DOCUMENT_TOKEN_TO_BE_REPLACED

END_OF_DOCUMENT_TOKEN_TO_BE_REPLACED
Social media
and networks
Subscribe to our
newsletter