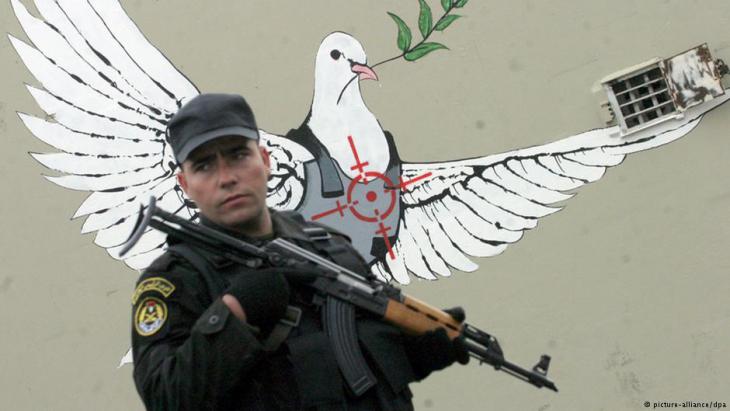 Palestinian territories
From self-determination to dictatorship: With a rod of iron

In the West Bank, the Palestinian Authority has long ceased to pursue the national aspirations of its population and established a security apparatus designed to secure the status quo. Meanwhile in Gaza, the de facto Hamas regime is planning to hand over control to its military wing. Commentary by Abdalhadi Alijla

In 1993, the Palestinian Liberation Organisation signed the famous Oslo Accord, which allowed Arafat to return to parts of the Gaza Strip and West Bank, establishing a Palestinian Legislative Council, the Palestinian Authority and the elected Palestinian National Council. The agreement stipulated a five-year framework, intended as a transitional period that would ultimately result in peaceful settlements based on Security Council Resolutions 242 and 338 – and thus the establishment of a Palestinian state.

Yet in 2017, the Palestinians are arguably worse off than ever. They have no state, no Palestinian Authority, no sovereignty and no self-determination. Instead they have two new authoritarian regimes in a dual-entity-under-occupation: Hamas in the Gaza Strip and Fatah in the West Bank.

In both areas, the Palestinian people are suffering, not only from the ongoing Israeli occupation but also from the two regimes that govern the territories with an iron fist. Hamas in the Gaza Strip has controlled the besieged area since 2007, when Palestinian Authority troops collapsed following deadly clashes with the military wing of Hamas, Al Qassam. 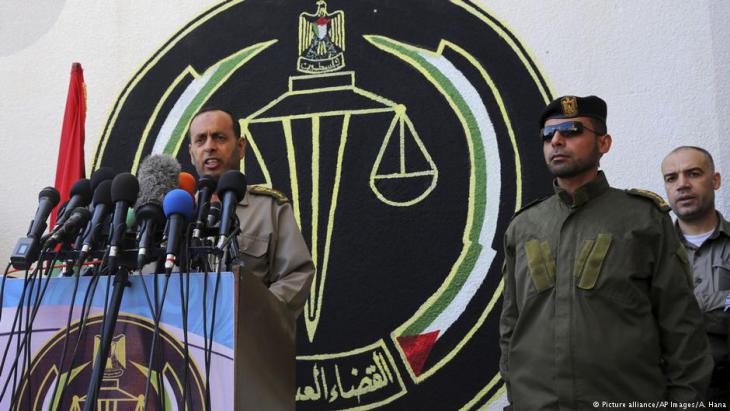 Make way for the military: in Gaza Al Qassam has advised the leading Hamas politicians to create a political vacuum, thereby clearing the way for military rule. Hamas is to waive its political rule and Hamas-led security forces be limited to carrying out civilian missions. Hamas′ military wing intends to fill the resulting security vacuum

Since then, Hamas has exerted control over the Gaza Strip, consolidating its grip on power while ignoring the suffering of its own people. The politically opportunistic Hamas now rules Gaza at the expense of another wasted generation.

Recently, pressure on both Hamas and the Gazans has been mounting. A lack of electricity, the ongoing Israeli siege, PA salary cuts and the introduction of forced early retirement for PA employees who draw their salaries directly from Ramallah, among other things, means the Gaza Strip economy has taken a beating.

Nevertheless, this did not prevent Hamas from arresting those young people who took the streets and used social media to call for public services and an end to division. Hamas alleged that the activists and journalists detained had been ″misusing technology″. Social media, long regarded by Gazans as an essential vent for expressing their opinions, has now become the target.

In Nathan Englander's novel "kaddish.com", a Jewish man is plagued by feelings of guilt and regret for disregarding the rules of the Kaddish (prayer for the dead) for his deceased ... END_OF_DOCUMENT_TOKEN_TO_BE_REPLACED

Russia is leaving no stone unturned in its attempts to make the Islamic Republic an ally in the war against Ukraine. Fortunately for Vladimir Putin, the mullahs in Tehran are ... END_OF_DOCUMENT_TOKEN_TO_BE_REPLACED

It is possible to write about the Holocaust and the crimes of colonial powers without downplaying anything. In her latest book, Charlotte Wiedemann focuses on the numerous blind ... END_OF_DOCUMENT_TOKEN_TO_BE_REPLACED

The Palestinian militant organisation Hamas, with Hezbollah's help, is building up a military presence in Lebanon, the ultimate consequences of which could be devastating, writes ... END_OF_DOCUMENT_TOKEN_TO_BE_REPLACED

With his fist bump greeting for a man he previously called a pariah, US President Biden has paved the way for Saudi Crown Prince Mohammed bin Salman's return to the international ... END_OF_DOCUMENT_TOKEN_TO_BE_REPLACED

Asked about the Shoah, Palestinians often bring up the Nakba, the displacement of Palestinians associated with the founding of the state of Israel. An Israeli Holocaust researcher ... END_OF_DOCUMENT_TOKEN_TO_BE_REPLACED
Author:
Abdalhadi Alijla
Date:
Mail:
Send via mail

END_OF_DOCUMENT_TOKEN_TO_BE_REPLACED
Social media
and networks
Subscribe to our
newsletter