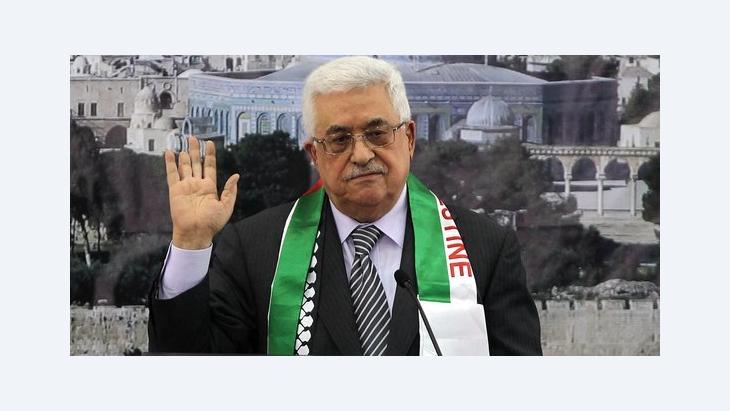 ﻿No one can expect the Palestinians to wait for all eternity for their own state, while Israel's rightwing government uses settlement expansion to create its own version of the facts. A commentary by René Wildangel

﻿On Thursday, resolution to upgrade Palestinian status at the UN was passed by a clear majority at the General Assembly in New York. The move, which many are describing as symbolic, follows the Palestinians' bid for full membership of the body in 2011, which failed due to the lack of an unanimous recommendation from the Security Council.

The upgrade now classifies the Palestinian territories as "observing non-member state", the same category as the Vatican or previously Switzerland. The Palestinians now hope this will support their application for membership of the International Criminal Court (ICC) and other international institutions.

The vote came at a difficult time, just over a week after the end of the conflict in Gaza. Both Israel and the US ran concerted last-minute campaigns to persuade Abbas to postpone the UN initiative yet again, attempting at least to secure guarantees that the Palestinian Authority will not bring a case against Israel at the ICC.

Israel said that if the Palestinians pushed ahead with the application they would instigate tough countermeasures including the retention of tax revenues to which the Palestinian government is entitled, and the withdrawal of work permits for Palestinians in Israel. The US not only threatened to halt all financial aid to the Palestinians, but also to withhold its contributions to the UN. 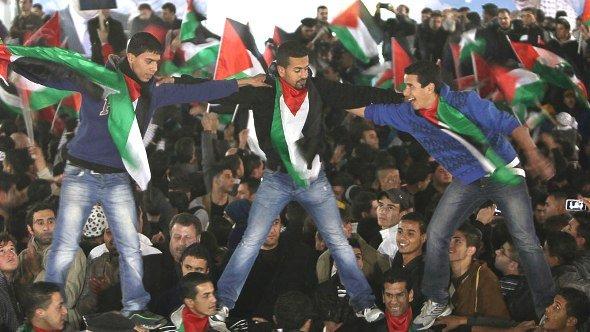 Palestinian President Mahmoud Abbas called it "a last chance to save the two-state solution". Of the 193 members of the UN, 138 voted in favour of upgrading Palestinian status to nonmember observer state. Pictured: Palestinians celebrate in the West Bank city of Ramallah on 29 November 2012

​​It's still not clear whether the US and Israel will now follow through on their threats. But in the run-up to Thursday's vote, the position of the PA and Abbas looked tenuous – securing majority support for the upgrade could even have been key to their survival.

The US justified its threats by citing the "unilateral" actions of the Palestinians. But there haven't been any negotiations for months, and Abbas has been waiting in vain for concessions from Israel over the settlement issue. Instead, he had to tolerate abuse, such as comments from Israeli Foreign Minister Avigdor Lieberman, who – just like Ariel Sharon once did – called him the "main obstacle to peace".

Within the Palestinian controlled territories themselves, Abbas is under pressure owing to his conciliatory approach to negotiations with Israel. He has little to show his fellow Palestinians in terms of success, although he has always made it clear that he is ready and willing to negotiate.

In a recent television interview with an Israeli broadcaster, Abbas even renounced the "right to return" sacred to many Palestinians. According to opinion polls, most Palestinians have long given up hope of statehood in the coming years.

Abbas has been further marginalized by the latest war, in which Hamas celebrated its armed "resistance" against Israel. Despite numerous requests, from Fatah leader Marwan Barghuti for example, who is still in Israeli detention, he refused to a pay a solidarity visit to Gaza.

While Egyptian President Mohammed Mursi was at the centre of negotiations with Hamas, Israel and the foreign ministers of the entire Arab world, visits to Abbas by Hillary Clinton and UN Secretary General Ban Ki Moon appeared like acts of mercy for an isolated Palestinian President.

It remains questionable why first and foremost the US and also Israel fought so bitterly against the UN application, as though Abbas was suggesting the elimination of the state of Israel. When in actual fact, the resolution was a constructive, extremely moderate text.

Abbas and other leading Palestinians politicians have made it clear that they are ready to return to peace talks on the day after the vote – although Prime Minister Benjamin Netanyahu even announced the further expansion of Israeli settlements. 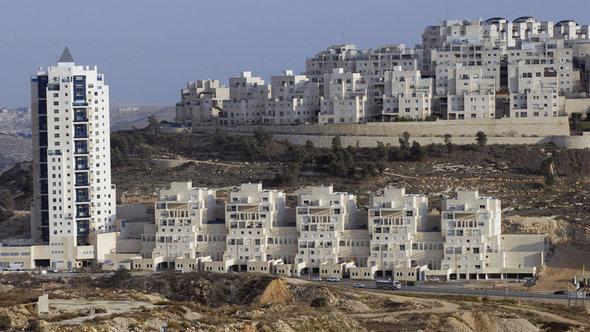 The EU criticizes Israeli settlement construction and contributes billions to the Palestinian state-building process. "Germany and the EU should unanimously and decisively say 'yes' to the Palestinian initiative," writes René Wildangel

​​Instead of demonizing the UN initiative, it would make sense to acknowledge it as a positive step by the Palestinian government. After all, it is an attempt to act in a political and peaceful manner despite the muddled situation.

Now we are running the risk that with a diplomatic initiative at the UN, Abbas will achieve less than Hamas has done with its rocket attacks on civilians. Hamas was able to dictate the conditions of a ceasefire, and is now presenting itself as the victor in the conflict with Israel.

No one can expect the Palestinians to wait for all eternity for their own state, while Israel's rightwing government uses settlement expansion to create its own version of the facts. The Levy Commission, appointed by Netanyahu this year, reached the conclusion that Israel's presence on the West Bank cannot be described as an occupation, and that the settlements established there are legal under international law.

The EU criticizes Israeli settlement construction and contributes billions to the Palestinian state-building process. International institutions such as the World Bank have long ago confirmed that Palestine fulfils the fundamental prerequisites for statehood. Germany and the EU as a whole should unanimously and decisively say "yes" to the Palestinian initiative.

There is actually a consensus on the wish to bolster Abbas' position. This is why even before the vote, France declared its intention to support the Palestinian resolution. Chancellor Angela Merkel and Foreign Minister Guido Westerwelle tried on the other hand to persuade Abbas to postpone the application at the last minute, and abstained in Thursday's vote.

This is a counterproductive move – for the political future of Abbas, Palestinian statehood and for peace in the Middle East.

René Wildangel is a historian of the Middle East and director of the Heinrich Böll Foundation in Ramallah.

Joe Biden promised to make democracy and human rights central to US foreign policy. But that means not insisting on Israel's right to defend itself without mentioning its ... END_OF_DOCUMENT_TOKEN_TO_BE_REPLACED

As the Biden administration attempts to promote democracy and human rights in the Middle East, it will confront the deep-seated belief among Arabs that U.S. policies are unfair to ... END_OF_DOCUMENT_TOKEN_TO_BE_REPLACED

Ben Aylon’s debut international album sees him elevate the traditional music and instruments of Senegal and Mali into a fresh contemporary setting. Seven years in the making, " ... END_OF_DOCUMENT_TOKEN_TO_BE_REPLACED

Years ago, the International Holocaust Remembrance Alliance formulated how hatred of Jews can be recognised. Now a new definition is causing controversy. By Sarah Judith Hofmann END_OF_DOCUMENT_TOKEN_TO_BE_REPLACED

When it comes to talent, Palestine may well be able to compete with other football teams in the region, but growth and development are hampered by the situation in the Palestinian ... END_OF_DOCUMENT_TOKEN_TO_BE_REPLACED

The change in U.S. president is also having an impact on the conflict between Turkey and Greece. Since the USA has started to play the Greek card, the strategic situation in the ... END_OF_DOCUMENT_TOKEN_TO_BE_REPLACED
Author:
René Wildangel
Date:
Mail:
Send via mail

END_OF_DOCUMENT_TOKEN_TO_BE_REPLACED
Social media
and networks
Subscribe to our
newsletter