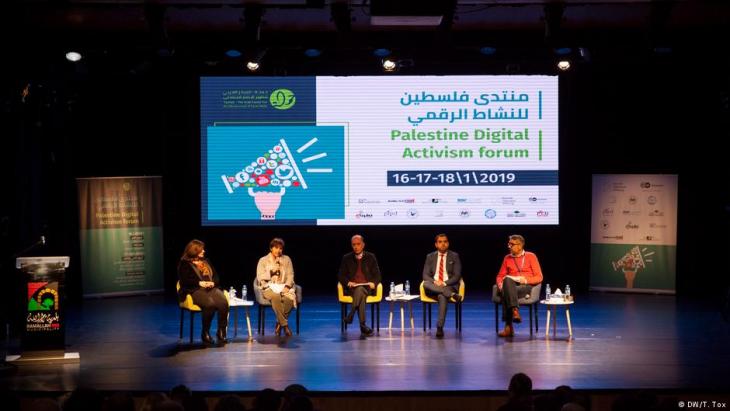 "They are afraid of the truth"

Israel is censoring an increasing number of online posts from Palestinians and isn't shying away from arrests. Palestinians are desperate to preserve their freedom of expression and are fighting for their digital rights. By Tessa Fox

"Resist, my people, resist them. In Jerusalem, I dressed my wounds and breathed my sorrows. And carried my soul in the palm of my hand. For an Arab Palestine."

So read the first few lines of Dareen Tatour's poem, "Resist my People", which, following publication on YouTube, landed her in jail for "incitement to violence and supporting a terrorist organisation".

Tatour, a poet and social media activist, is one of hundreds of Palestinians across Israel and the occupied Palestinian territories who are detained by Israel each year for social media posts. As Palestinians have taken to social media to express their rejection of living under occupation, Israel has increased its monitoring and censorship of online posts.

In order to address the shrinking space for freedom of expression in Palestine and promote digital rights, 7amleh, the Arab Centre for Social Media Advancement, organised a three-day long Palestinian Digital Activism Forum. The gathering was supported financially by the DW Academy, which also sends its trainers to the region to speak about digital issues.

Human Rights Watch Palestine and Israel Director Omar Shakir is convinced that social media has essentially provided Israel with an outlet to curtail the basic civil rights of Palestinians. "Israel very heavily polices these platforms [and] uses them to monitor and restrict the rights of Palestinians who engage in free expression." 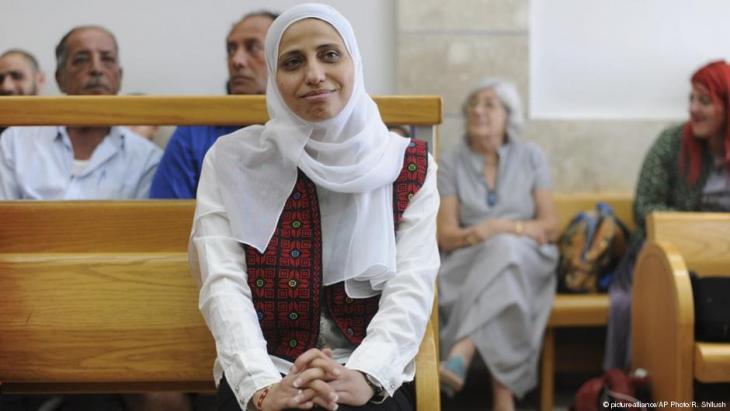 Dareen Tatour was imprisoned for five months for her poem and her posts: "Israel does not want Palestinians to talk about politics and the reality of the occupation," the poet is convinced. "They are afraid of the truth"

In 2015 Israel set up a Cyber Unit, which falls under the state attorney's office to deal with "cyberspace enforcement challenges" through the censorship of social media posts. The unit did not reply to requests for an interview. 7amleh says their work is conducted in collaboration with social media giants like Facebook and YouTube to remove content and block user access.

Tatour was one of the first Palestinians to be targeted by the unit and then arrested in a pre-dawn raid on her home in October 2015. Thereafter, Tatour was moved between different Israeli prisons for three months before being placed under house arrest.

In May last year, an Israeli court convicted her for incitement to violence and sentenced her to five months in prison. "I did not think for a moment that I would ever be arrested for writing and publishing a poem," Tatour said.

In her poem, Tatour wanted to express the suffering of her people living under occupation. "I wanted to say that it is our right to resist injustice and occupation."

In an act of subversive diplomacy, Israeli singer and actress Liraz Charhi has recorded her latest album in secret collaboration with Iranian artists. By Carl Holm END_OF_DOCUMENT_TOKEN_TO_BE_REPLACED

A German IT company has started an academy to train Palestinians in software development. Despite the pandemic's challenges, it has managed to run its first boot camp in Ramallah ... END_OF_DOCUMENT_TOKEN_TO_BE_REPLACED

This summer it was reported that Israel had abandoned its plan to annex parts of the occupied West Bank. Now, however, Israel is driving forward its settlement programme in the ... END_OF_DOCUMENT_TOKEN_TO_BE_REPLACED

Conceived by Israeli journalist and rabbi Elhanan Miller, "People of the Book" is a YouTube project designed to provide information on Judaism in Arabic. Disarming prejudice with ... END_OF_DOCUMENT_TOKEN_TO_BE_REPLACED

END_OF_DOCUMENT_TOKEN_TO_BE_REPLACED
Social media
and networks
Subscribe to our
newsletter