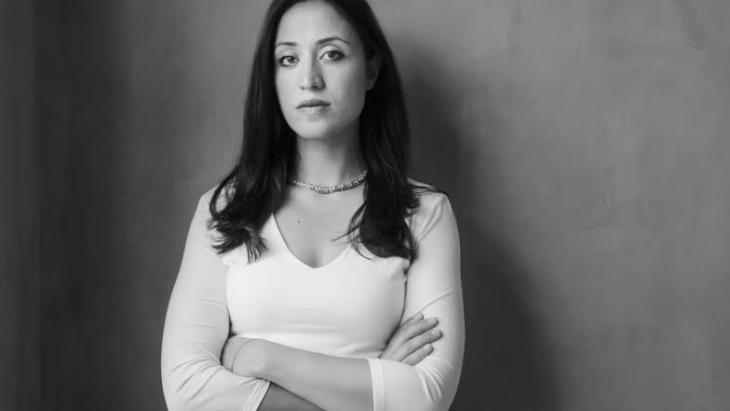 From 21 – 26 May, the Palestine Festival of Literature toured cities in the West Bank and Israel. In attendance was Jehan Bseiso, a young Palestinian poet. With two anthologies to her name and online publications with ″Electronic Intifada″ and ″The Palestine Chronicle″, Jehan is currently working on a poetry collection called ″Conversations Continued″ – a compilation of real, misheard and misremembered conversations. Interview by Ylenia Gostoli

What part of the festival did you find most inspiring?

Jehan Bseiso: I went to Bethlehem University and I read some of my poems together with Remi Kanazi, Nathalie Handal and Basima Takrori to a room full of students. It′s something I have done in Cairo, in Lebanon, but it was the first time I had read my poetry about Palestine in Palestine – and that was extraordinary for me. The auditorium was packed with students and buzzing with energy. I believe the students connected with the texts and my own take on language; I write in English yet I use a lot of Arabic words. I think the students were really intrigued by the linguistic remix. I read several pieces including ″Brainstorming Nakba″, which is one of the first poems I published. The poem deals with different aspects of growing up as a Palestinian outside Palestine.

″We are bastard children of hyphens and supplements and sentences that start with Originally I′m from…″ reads one of the poems you performed. What is the role of diaspora writers and artists in the Palestinian struggle?

Bseiso: There are more than 6 million Palestinians living in the diaspora and we have an important and growing role in advocating change, speaking out against injustice and bearing painful witness even from far – whether through art, politics or business. The choice is very simple: we can either surrender into the state of diaspora as a sort of oblivion, or transform it into a meaningful act of resistance across borders and continents. Last month my poems were published alongside two other Palestinian diaspora poets, Ramzy Baroud and Samah Sabawi. In this collection, entitled ″I Remember My Name″, one of my poems, ″Gaza from the Diaspora″, addresses the challenges of mediated witnessing, yet also its importance.

You′re also part of a regional poetry collective called The Poeticians. What brought the group together?

Bseiso: It was set up in Beirut in 2007 by film director and writer Hind Shoufani. It provides an informal network for writers and poets in different countries across the region to read and publish together. We are a self-described elastic entity, with no rules, no boundaries, no censorship, no membership system or structure. My writing appears in one of the two anthologies we have published. In Beirut, but also in Dubai and Amman, The Poeticians have organised open mike evenings. For me, it was the beginning of performance poetry, seeing my words jump from the page to the stage.

One of the recurring themes in the PalFest readings was to connect different struggles. Saidiya Hartman talked about race and slavery. Coetzee drew parallels between the systems of oppression here and in apartheid South Africa, ironically exhorting people to ″draw your own conclusions″. Do you make that connection?

Bseiso: Yes. Struggles are connected, our humanity is something that we all have in common, so whether it′s the civil rights movement, the struggle against apartheid, incarceration, drone strikes, systems of injustice, we are all related, all linked, which is why people that are involved in the situation in Palestine should also engage with others. 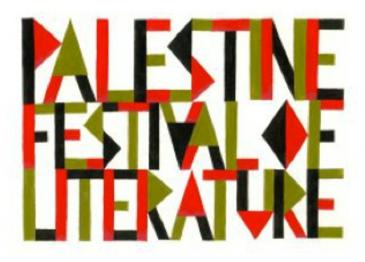 The Palestine Festival of Literature (PalFest) was established in 2008 with the aim of showcasing and supporting cultural life in Palestine, breaking the cultural siege imposed on Palestinians by the Israeli military occupation and strengthening cultural links between Palestine and the rest of the world

Bseiso: Of course. Within the group, there were three Palestinians from the diaspora – there were meant to be four, but Ahmed Masoud was denied entry [at the Israeli border]. The narrative is definitely owned by Palestinians, with some living here and some abroad.

One of the first poems I ever wrote was called ″Brainstorming Nakba″; in it I say that when we had found a voice, we learned to speak from the margins of the page, from the periphery. So that′s where we start. It′s part of the struggle and part of the issue we′re dealing with. To reclaim narrative, to reclaim legitimacy. To understand what is going on here. For me as a Palestinian it′s really incredible to be part of an international delegation, because on the one hand, I feel like I′m at home, but I also feel like a stranger because I didn′t grow up here. I was born in Los Angeles, raised in Jordan and I studied in Lebanon. My family is from Gaza, my mother was born in Shejayea, the neighbourhood that was completely destroyed [during the last war]. I′ve never been there, although this is my second time here. I need to find a way to get to Gaza.

Do you write for an audience that is inside or outside Palestine?

Bseiso: I write in English with transliterated Arabic words. I believe my audience is a bit of both – when I arrived here, I realised that it can be both. Take, for example, my writing on the Gaza war, ″Gaza from the Diaspora″. On the one level, of course I am speaking to people outside of Palestine. That′s why I wanted to publish on sites like Electronic Intifada and Palestine Chronicle. I wanted people who are interested in what′s going on in Palestine to regard poetry as a way of finding out information. But also – and it′s something I have felt a lot this visit – I write for people who live here. Because when they look at me and they see that I′m from here and that I′m connecting with those issues – issues that are transversal and cross continental, it′s important.

Algeria‘s regime is again cracking down on anti-fracking activists and the unemployed in the country‘s south. Yet EU countries remain keen to scale up their energy cooperation ... END_OF_DOCUMENT_TOKEN_TO_BE_REPLACED

Anti-Semitic motifs have no place at Germany’s documenta art show or anywhere else in the world, stresses Meron Mendel, director of the Anne Frank Educational Centre in Frankfurt ... END_OF_DOCUMENT_TOKEN_TO_BE_REPLACED

Fifty-five years after Israel began occupying Palestinian lands, it is more difficult than ever to imagine a way out. The seeds of the two-state solution that were planted by ... END_OF_DOCUMENT_TOKEN_TO_BE_REPLACED

Yazan Khalili is spokesman for The Question of Funding, a collective of artists taking part in the leading German contemporary art festival Documenta 15. Here, he responds to ... END_OF_DOCUMENT_TOKEN_TO_BE_REPLACED

When times are tough, the exchange of ideas and perspectives becomes especially important. It takes dialogue. And at Deutsche Welle, we need distributors and cooperative partners ... END_OF_DOCUMENT_TOKEN_TO_BE_REPLACED

Every week, Jewish, Christian and Muslim youths meet to sing together. And they do so in the middle of a city where Israelis and Palestinians are often at loggerheads. Anja Koch ... END_OF_DOCUMENT_TOKEN_TO_BE_REPLACED
Author:
Ylenia Gostoli
Date:
Mail:
Send via mail

END_OF_DOCUMENT_TOKEN_TO_BE_REPLACED
Social media
and networks
Subscribe to our
newsletter