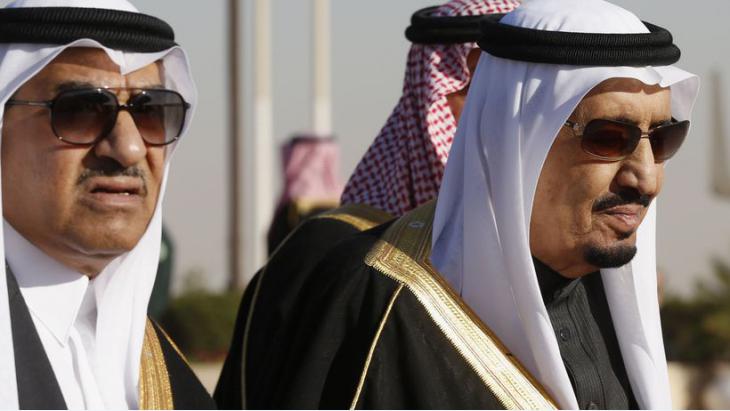 The autocratic Gulf states in particular are famous for their covert business style. It′s something they share with Panama′s offshore operations. Karim El-Gawhary reports on the involvement of prominent Arab politicians and businessmen in dubious financial transactions

The trail from Panama frequently leads to the Arab world. More than half a dozen current and former Arab heads of state and their businesses are mentioned in the new Panama revelations from the firm Mossack Fonseca.

The most high profile and powerful among them is the Saudi King Salman. His property business in top London locations, as well as the purchase of the luxury yacht Erga, named after one of the royal palaces in Riyadh, are mentioned in the Panama leaks. Just like the offshore firms with which his Crown Prince Muhammad Ben Naif had accounts opened.

Offshore companies in the Seychelles and the Virgin Islands

According to the revelations, Khalifa bin Zayed bin Sultan Al Nahyan, the President of the United Arab Emirates and Emir of Abu Dhabi founded at least 30 companies through the Panamanian firm Mossack Fonseca, to buy residential and business properties in London to the value of 1.7 billion dollars. Hamad bin Khalifa Al Thani, the former Emir of Qatar, is alleged to have set up a firm via Mossad Fonseca on the Virgin Islands, which in turn ran several bank accounts in Luxembourg as well as owning shares in two South African companies. From 2013 onwards, he became the principal shareholder of both Rienne S.A. and Yalis S.A., companies with fixed-term deposit accounts with the Bank of China in Luxembourg.

Three former Arab prime ministers are also featured in the Panama Papers. The former Iraqi premier Iyad Alawi had assumed ownership of a house in London via the Panama-registered company I.M.F. Holdings as well as other properties through Moonlight Estates Limited. The same firm, founded on the Virgin Islands, administered funds and private savings for him. Alawi's former Jordanian counterpart Ali Abu al-Ragheb was the director of offshore firms on the British Virgin Islands and the Seychelles, while the former premier of Qatar, Hamad bin Jassim bin Jaber Al Thani, is alleged to have set up firms via Panama on the Virgin Islands and in the Bahamas, with which he administered shares and moorings in the harbour at Palma de Mallorca as well as his Super-300 million dollar yacht Al-Mirqa. 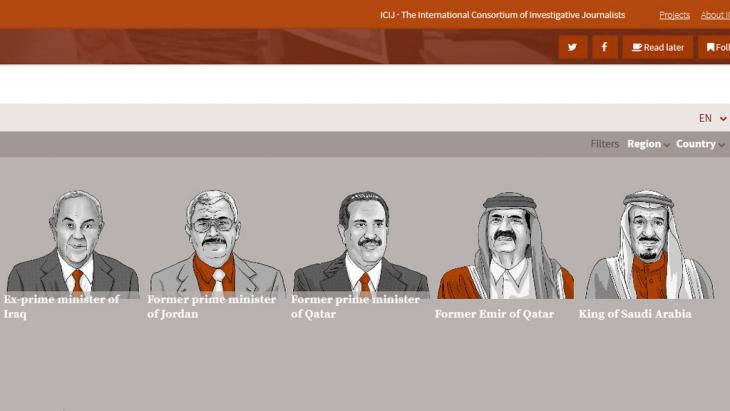 The relatives of Arab dictators, such as the richest man in Syria, Rami Makhlouf, who also happens to be the cousin of President Bashar Assad, also appear in the Panama Papers. But with the Syrian rebellion against the Assads in 2011 and the sanctions imposed by the US finance department, Mossack Fonseca then cut off all ties with companies owned by the Makhlouf family.

Alaa Mubarak, son of the ousted Egyptian president, went via Panama to arrange the foundation of the firm Pan World on the British Virgin Islands, which then in turn founded a company in Cyprus, with which he also then conducted business in Egypt. For Osama Diab, who has for years had his eye on Mubarak's businesses, firstly as a journalist and today as a corruption investigator, the Panama revelations yield nothing new. He shows documents in which his organisation calls upon the authorities on the British Virgin Islands and the Panamanian company Mossack Fonseca to freeze the assets of Mubarak's son Alaa, following the uprising against Mubarak.

The Egyptian authorities had also requested a freezing of the assets in Panama, he says. The Panamanian company even had to pay a 37,000 dollar fine for doing business with the Mubaraks. What happened thereafter is unclear to this day, he says. "Alaa Mubarak was dealt with by the company in Panama as a high-risk client. That happened as a result of the demands to freeze to assets. That automatically made the Mubaraks risky clients," he explains. 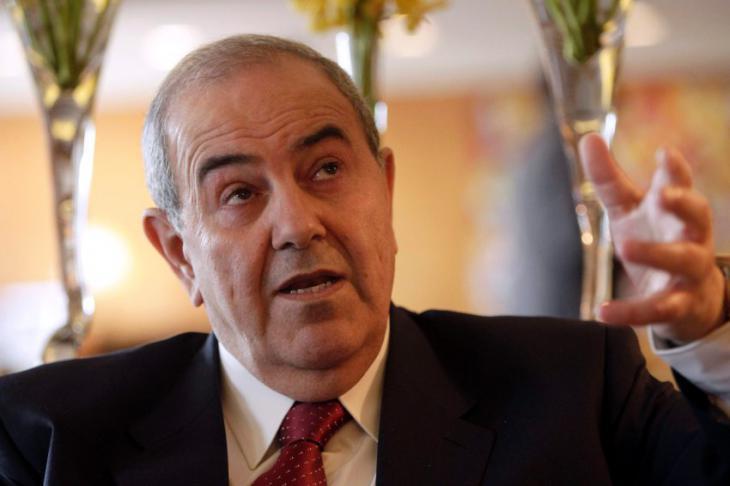 Refuge in tax havens: former Iraqi premier Iyad Alawi had assumed ownership of a house in London via the Panama-registered company I.M.F. Holdings as well as other properties through Moonlight Estates Limited. The same firm, founded on the Virgin Islands, administered funds and private savings for him

While European politicians must now fear consequences due to tax evasion, for the kings and emirs in the Gulf States where there is no tax system, this is irrelevant. So why do kings and emirs on the Gulf, of all people, bother to conceal their assets through offshore firms?

Corruption researcher Diab believes they are not concerned that journalists in Europe are venting over their luxury possessions there. But what is more important, he says: "If the leaders in the Gulf are one day toppled like Mubarak, Gaddafi or Ben Ali, demands could also be made to freeze their assets abroad. That's why they attempt to protect them with offshore constructions. So that no one can work out later what belongs to whom."

Panama′s Gulf clients don't need to worry about their own Arab media on the Gulf asking any questions. Their royal status will ensure that the matter is swept under the carpet. "Of course, the Saudi papers can't write about the King's involvement. Either they are in the hands of the royal family and even if they are independent and would like to report on it, they are afraid of the King's influence," says Diab.

This is confirmed by perusal of the Saudi newspaper Al-Sharq Al-Aussat just a few days after the publication of the Panama leaks. There's no word on the involvement of the Saudi King or the Emirs of neighbouring Gulf States on the front page. Twelve pages in, the reader at last finds the first article on the Panama affair: about the resignation of the Icelandic Prime Minister.

The devaluation of the Egyptian pound combined with rising food prices is taking its toll on Egypt. More and more people are slipping into poverty. Karim El-Gawhary reports from ... END_OF_DOCUMENT_TOKEN_TO_BE_REPLACED

Abortions are illegal in Egypt unless they are necessary to save a married woman's life. But that doesn't stop local women from having one. Egyptian society needs to acknowledge ... END_OF_DOCUMENT_TOKEN_TO_BE_REPLACED

Food prices doubled, salaries halved, banks restricting withdrawals: Egyptians now have the same problems as the Lebanese. But if things get worse here, the fallout will be far ... END_OF_DOCUMENT_TOKEN_TO_BE_REPLACED

Giessen, Eichsfeld, Kusel, Berlin – cars bearing old German number plates are the latest trend on the streets of Cairo. Many Egyptians regard the discarded plates as chic. What ... END_OF_DOCUMENT_TOKEN_TO_BE_REPLACED

Egyptian Sufis have been on the defensive against the country's Islamists for decades. Meanwhile, interest in mysticism is growing among the young members of Cairo’s middle and ... END_OF_DOCUMENT_TOKEN_TO_BE_REPLACED

END_OF_DOCUMENT_TOKEN_TO_BE_REPLACED
Social media
and networks
Subscribe to our
newsletter