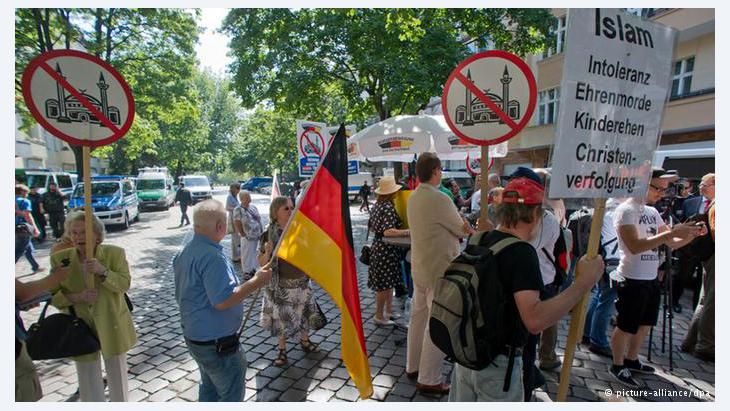 Parallels between Anti-Semitism and 'Criticism of Islam'

﻿For Wolfgang Benz, the stigmatisation of Jews through anti-Semitism is most certainly comparable with the exclusion of Muslims as a manifestation of hostility towards and hatred of Islam. In his new book, the historian takes stock and highlights new dangers for western societies in their behaviour towards minorities. By Claudia Mende

Opinion polls repeatedly draw the conclusion that up to 20 percent of Germans hold latently anti-Semitic views. There is evidence of anti-Jewish sentiment in everyday life, as well as attacks on Jews, synagogues and Jewish cemeteries. From 1990 to 2011, Wolfgang Benz had had a huge influence on the work of the Berlin Centre for Research on Anti-Semitism and the processing of Germany's Nazi past. He received the emeritus status in 2010. He is among those German historians whose work also reaches a broader public beyond the confines of his special focus area.

His most recent book, "Antisemitismus und 'Islamkritik'" (Anti-Semitism and Criticism of Islam), is the result of over 30 years work on this issue. The book captivates with its precise, careful language and the occasional flash of refined irony. Despite the cumbersome nature of its subject matter, it is highly readable.

Benz examines the facets of anti-Semitic prejudice, charts its historic development with the help of documentary evidence, and finds parallels with and differences to prejudices against other minorities. He describes the failed attempts of liberal circles to effectively combat anti-Semitism in the 19th century and the Weimar Republic. He outlines the debates in research into anti-Semitism and genocide.

The historian perceives his work as a plea for tolerance and humanity and his role as obligated to the legacy of enlightenment. For this reason, he repeatedly makes differentiations that order the current debates in a larger historical context and can, in this way, also contribute to a process of objectification in agitated times. 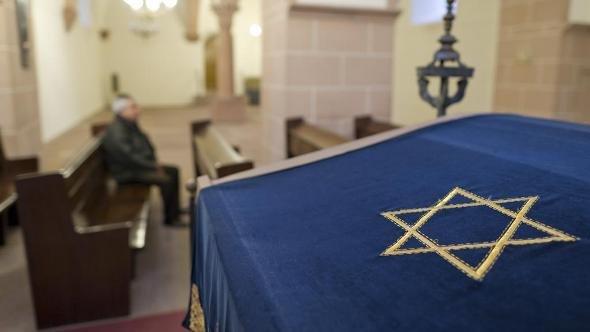 Historian Wolfgang Benz examines the facets of anti-Semitic prejudice, charts its historic development, and finds parallels with and differences to prejudices against other minorities. Pictured: Synagogue in Worms; Germany

​​When Benz drew parallels between anti-Semitism and anti-Islamic sentiments in a 2010 article for Germany's largest daily, Süddeutsche Zeitung, he triggered a storm of controversy, some of it in agreement with his views, but also much of it critical. In this book, he goes into greater detail about why, as a prejudice researcher, he arrived at this conclusion.

Anti-Semitism comprises all forms and stages of the rejection of Jews through discrimination and violence, but also through resentment. As prejudice against Jews, anti-Semitism is evident from the Antiquity to the present, but its manifestations have repeatedly changed.

Benz describes the development of religiously-motivated anti-Judaism right through to modern anti-Semitism, which is grounded in social-Darwinist arguments and supports the exclusion of Jews with pseudo-scientific theories. As opposed to Christian-influenced anti-Jew animosity, with its accusations of "the murder of God", racist anti-Semitism attributes unalterable characteristics to Jews that cannot be discarded even through a change in confession.

Projections of negative characteristics and behaviours

In the Berlin Anti-Semitic Debate of 1879, primarily in the writings of historian Heinrich von Treitschke, Benz sees the seed of the intensification of anti-Semitism with its climax in the genocide of six million Jews in the Nazi era.

Anti-Semitism constructs the Jews as projection of negative characteristics and behaviours that have nothing at all to do with reality. The majority society uses such stereotypes, he argues, to consolidate its own position through exclusion, rejection and allocations of blame.

Research into anti-Semitism is treading a fine line. Benz distances himself from populist criticism of Israel, just as much as from an unconditional following of Israel. 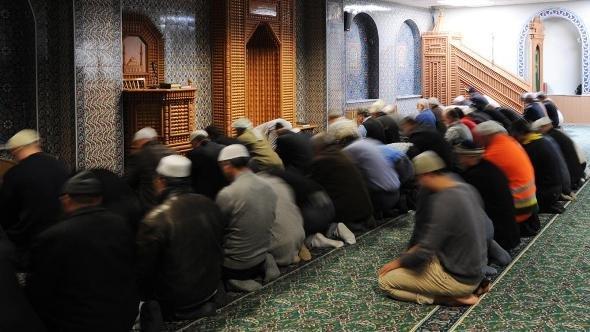 Benz believes that insights gained from research into anti-Semitism are effective at revealing the mechanisms in place in the emergence of group conflicts and social prejudices today. Pictured: Eyüp Sultan Mosque in Hamburg, Germany

​​He calls comparisons between the Israeli occupation and the Nazi eradication policy "secondary anti-Semitism": Perceiving Jews as perpetrators today is a way of trying to unburden oneself of the pressure of blame and suffering inflicted by the Holocaust. But, he continues, it is just as erroneous to describe all critics of Israel as anti-Semites thereby declaring all controversial debate impossible.

Benz believes that insights gained from research into anti-Semitism and prejudice are highly effective at revealing the mechanisms in place in the emergence of group conflicts and social prejudices. This is why the value of research into anti-Semitism is not just in processing the past. It can also serve to show society today how the mechanisms that exclude minorities function.

"The integration of migrants in Europe sees the structural repeat of many conflicts known from research into the history of coexistence of Jews and non-Jews," writes Benz. He then compares the prejudices against Jews, as they brewed into racist anti-Semitism in the 19th century, with the stereotypes of Muslims that are rife today, and which are partly expressed in animosity towards Islam through to blatant hatred of Muslims. The argument that in contrast to Jews, radical Islamists represent a real threat, is described by Benz as "fatuous". 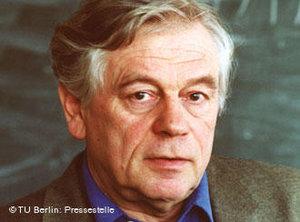 Cautiously optimistic about how German democracy is dealing with rightwing extremism and racist tendencies: Wolfgang Benz

​​Nevertheless, Wolfgang Benz is cautiously optimistic about how democracy is dealing with rightwing extremism and racist tendencies. Political extremism can make a huge racket and "behave badly in public", says Benz, but it is repeatedly shown that it has no chance of having any political influence.

For this reason, the study of prejudice is urgently required today as a "service" for the majority society, "which must be made aware of the fact that concepts of the 'enemy within' are forming as constructs in their midst". Minorities become the victims of resentment that have not been caused by real characteristics or actual behaviour. Enemy concepts such as anti-Semitism and hostility towards Islam help the majority deal with unpredictable times, above all during times of change or economic insecurity.

The myth of a Judeo-Christian legacy

This does not mean that the minority is itself free of such attributions. There is also anti-Semitism among Muslim youth. The fact that young, socially excluded Muslims are aligning themselves more with Arab Islamism, in France more so than in Germany, is for Benz a "reaction to failed attempts at integration".

From the perspective of the historian who has concerned himself throughout his working life with the history of anti-Semitism, talk of a Judeo-Christian legacy for the West also fails to convince. For Benz, this construct can only be used by someone who is either naïve and ignorant or who consciously exploits the Jews. Against a backdrop of a long tradition of Christian hatred of Jews in Europe, and the Holocaust, Benz exposes talk of a Judeo-Christian West as a phrase that primarily serves to exclude Muslims.

Looking outwards with the knowledge from within: a conversation with the Iraqi writer Sinan Antoon on the future of his homeland. Interview by Lena Bopp END_OF_DOCUMENT_TOKEN_TO_BE_REPLACED

Political analyst Taqadum al-Khatib argues that Egypt can, in co-ordination with its European partners, develop a common vision to solve the complex conflict in Libya. For this to ... END_OF_DOCUMENT_TOKEN_TO_BE_REPLACED

At the suggestion of his Arab students, Israeli psychologist Ofer Grosbard created the project "Quranet", which uses texts from the Koran to solve educational problems in schools ... END_OF_DOCUMENT_TOKEN_TO_BE_REPLACED

Libyans have mixed feelings about the EU. On the one hand, they admire what Europeans have achieved, but on the other, they feel let down. Moutaz and Walid Ali report from Tripoli END_OF_DOCUMENT_TOKEN_TO_BE_REPLACED

Turkey's President Erdogan wants to create a second Bosphorus. The cost to the economy and environment would be enormous – and that's why Istanbul's mayor is attempting to stop ... END_OF_DOCUMENT_TOKEN_TO_BE_REPLACED

Libya is in turmoil and no political solution is in sight. The EU's inability to take concerted action in the country, meanwhile, is being exploited by third parties, such as ... END_OF_DOCUMENT_TOKEN_TO_BE_REPLACED
Author:
Claudia Mende
Date:
Mail:
Send via mail