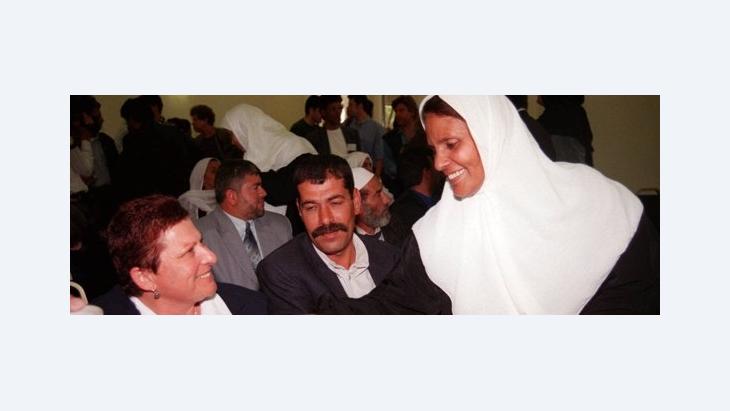 The Israeli-Palestinian organisation Parents Circle – Families Forum is made up of families who have lost close relatives in the conflict and want to work towards reconciliation. A report by Thomas Becker

On the terrace of the Three Arches Hotel in Jerusalem, tourists from all over the world can be heard engaging in lively conversation. At the same time, in one of the hotel's conference rooms, Israelis and Palestinians are listening to a lecture on the topic of peace and reconciliation. One of the listeners is the 70-year-old Israeli Aaron Barnea. Twelve years ago, his son Noam was killed in the war in Lebanon. The shock still runs deep.

"We were a typical Israeli family," says Aaron Barnea softly. Yet, the family was shaken to its very core when his son was killed only five days before the end of his military service.

How is it possible to come to terms with the death of your own son? Aaron Barnea poses this question to himself over and over again. He could have demanded revenge or retribution. "Yet," he says, "that wouldn't have brought back my son." This is why he decided to break the circle of violence and seek out dialogue with Palestinians who have suffered a similar experience. 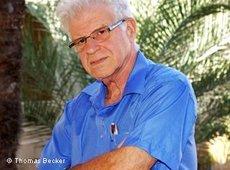 Reconciliation and dialogue instead of revenge and retribution: The Israeli Aaron Barnea has been an active member of Parents Circle-Families Forum for over a decade

​​Even before the death of his son, Aaron Barnea had seen a television report on the Israeli-Palestinian organization Parents Circle – Families Forum (PCFF), whose membership consists of families who have lost close relatives in war and terrorist attacks. At the time, Israeli President Ezer Weizman had personally received members of PCFF, an act which prompted massive criticism by political hardliners.

"I wrote the President to express my support for him," recalls Aaron Barnea. "Even in my worst nightmares, I never could have imagined that three weeks later I would become a member of this forum myself."

Twelve years have since past. And Aaron Barnea is still an active member of PCFF. Meanwhile, the organization, which was founded in 1995, has some 600 Israeli and Palestinian families as members. They hold regular meetings, workshops, and discussions in an attempt to contribute to reconciliation in the Middle East conflict and, at the same time, find some inner peace.

The circle of supporters has since broadened to far beyond the country's borders to include such personalities as German Chancellor Angela Merkel, the Canadian singer and composer Leonard Cohen, and American President Barack Obama, who in a recent speech on the Middle East praised the reconciliation and peace work carried out by the PCFF. 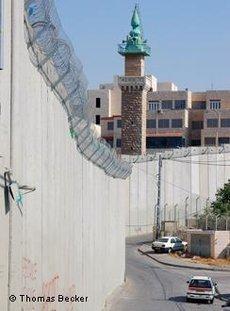 Isolation and alienation from the other: The construction of the wall, which has separated Palestinians and Israelis since 2003, has only served to further deepen mutual mistrust between the two peoples

​​Some 50 people have turned up for the meeting in Jerusalem – among them is Mohammed Abuayash – a Palestinian from the town of Beit Ummar on the West Bank. In 1948, his grandfather was shot by Israeli soldiers. In the late 1980s, two of his best friends were killed by Israeli sharpshooters. "They died before my eyes," recalls the 33-year-old. "We were only eleven years old at the time."

Today, Mohammed Abuayash asks himself, "What have 60 years of war and conflict brought us?" His answer is a sobering "nothing". Both sides have lost, and there's also been a loss in humanity among all those involved in the conflict.

For this reason, Mohammed Abuayash joined the PCFF eight years ago, thereby following the example of his father, who helped establish the organization on the Palestinian side. The father, the son, and the whole family have chosen to follow the path of reconciliation.

Even after 15 years since the founding of the PCFF, this task has not been an easy one. Mohammed Abuayash is repeatedly struck by this fact at group meetings. "I remember a man who came to a meeting and said, 'You know, I was frightened to meet you. That's why I brought along my friend – we came here together.'" Encounters such as these are no exception – fear, prejudice, and alienation hold sway everywhere.

"We give a human face to the other side"

Above all, Mohammed Abuayash traces this policy of isolation back to the construction of the wall that has separated Palestinians and Israelis since 2003. The town of Beit Ummar, where he lives, lies in the so-called A-Zone on the West Bank. Israelis do not enter and many Palestinians are not permitted to leave. Peace here doesn't seem to be coming any time soon.

"Over the past few years, people have stopped talking to each other," says the mechanical engineer. "Each side only gets to hear negative things about the other and speaks one-sidedly either about 'terrorists' or 'occupiers'." 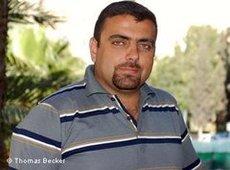 "Our mission is to offer a glimpse of the other side, discover their humanity, and provide an opportunity for people to meet and get to know each other," says the Palestinian Mohammed Abuayash

​​This view is shared by Aaron Barnea. "Although we often live only a few kilometres away, we still hardly know anything about each other." The image of the other side is characterized by stereotypes, such as those propagated by the media, and which ignore both the complexities of the conflict and the voices of those individuals caught up in the conflict.

"Our greatest contribution consists of bringing Israelis and Palestinians into contact with each other. We give a human face to the other side and make us aware of their humanity."

Mohammed Abuayash concurs. "Our mission is to offer a glimpse of the other side, discover their humanity, and provide an opportunity for people to meet and get to know each other." Only in this way is reconciliation at all possible after decades of fighting, adds Aaron Barnea. It is absolutely imperative to follow this path, because "there can be no peace without reconciliation."

In his latest documentary, "The First 54 Years", Israeli director Avi Mograbi demonstrates how catastrophic and traumatising the occupation has been, not only for Palestinians, ... END_OF_DOCUMENT_TOKEN_TO_BE_REPLACED

In 2012, fed up with people expressing clear-cut opinions on the rights and wrongs of the Middle East conflict, Canadian conflict researcher and long-time Israeli resident Corey ... END_OF_DOCUMENT_TOKEN_TO_BE_REPLACED

Given that the political landscape in Israel is once more expected to shift to the right in the upcoming general elections, philosopher Omri Boehm argues in his forthcoming book ... END_OF_DOCUMENT_TOKEN_TO_BE_REPLACED

A German IT company has started an academy to train Palestinians in software development. Despite the pandemic's challenges, it has managed to run its first boot camp in Ramallah ... END_OF_DOCUMENT_TOKEN_TO_BE_REPLACED

END_OF_DOCUMENT_TOKEN_TO_BE_REPLACED
Social media
and networks
Subscribe to our
newsletter