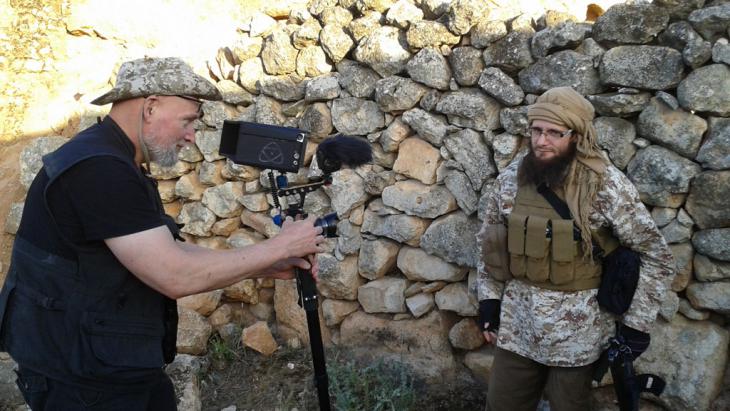 Push the button for Paradise

″Dugma″, a documentary by Norwegian director and war reporter Paul Refsdal provides an insight into the psychology of young jihadist suicide bombers fighting the Assad regime. Interview by Philipp Jedicke

How do you choose your topics, Mr Refsdal?

Paul Refsdal: I try to stay true to my idea of showing the ″other″ side, the enemy′s side. There are a lot of reasons for this. Being a Muslim, I′ve worked with a lot of Islamic insurgents before – contact with them has punctuated my career as a journalist. So it′s been perfect for me: I′ve always been able to accompany the people I′m interested in. No one else goes with them and I can tell a story that no one else has. I call it the perfect storm.

Is it true that you were on a list of journalists that was found at Osama bin Laden′s?

Refsdal: Yes. I had already heard about the list when a Norwegian journalist called me and said that I was on the list of approved journalists that had been sent to Osama bin Laden. I just laughed. I thought he was joking. But it′s true, I′ve seen the original paper. It came from al-Qaida′s media representative, who has since been killed by an American drone strike. 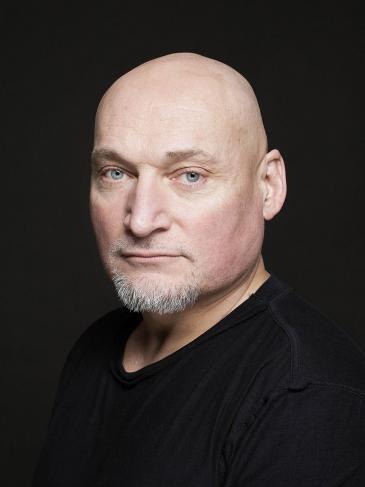 The Norwegian film-maker and war reporter Paul Refsdal uses his documentaries to chart the psychological and ethical limits of human endeavour. The former soldier began his career in Afghanistan at the age of 20, as the Taliban were fighting the Soviet occupation. Subsequently Refsdal went on to report from war zones such as Sri Lanka, Nicaragua, Kosovo and Peru – always from the rebels′ perspective. Paul S. Refsdal′s film "Dugma - The Button" received its world premiere during the international documentary film festival, Hot Docs, which was held from 28 April to 8 May 2016 in Toronto. It was awarded the prize for Best Mid-Length Documentary

This guy sent a letter to bin Laden. He recommended a couple of journalists that al-Qaida could feed information to and then he went on to say that in Europe there was this Norwegian journalist who stayed with the Taliban and filmed them and showed them as normal people, eating, laughing, etc.

So that was my endorsement. And when I spoke to the Nusra Front, al-Qaida in Syria, they said that I was still on the list of approved journalists from al-Qaida. I′m not sure if they were trying to make it look as if I was very important to them, or whether it was true. After all, they have said that if a journalist really wants to go with them, he can apply and he will be considered, even if he is not a Muslim or not on the list.

How did you meet up with the Nusra Front? Did you cross through Turkey?

Refsdal: I went to Syria for the first time in 2013 and stayed the whole summer, returning in December. I was back there in the summer of 2014 for a meeting with the al-Nusra media representative.

I spent 2013 and 2014 mostly with a group called ″Harakat Sham al-Islam″, which is a Moroccan group run by an ex-prisoner from Guantanamo. They also had some contacts with al-Nusra, but the Front was experiencing a lot of problems at this time because of IS, so it wasn′t possible to arrange anything until summer 2014. That was when I met up with the representative of the Nusra Front media office and he recommended I submit an application.

So that′s what I had to do – I had to write a job application. So I made sure it was a good one. I described myself; I even told them that I had been in the army. I referenced my journalistic work, I told them about the Osama bin Laden list and I included a lot of links to my previous work, YouTube films and articles about me. I also described the project, you know, the concept behind my film. And I told him: ″This film is aimed at non-Muslims and those Muslims who do not sympathise with you″. And I described what I hoped to find, that I wanted to stay for a long time with a small group of low-level operatives, documenting their daily life. I couldn′t say too much more, because I didn′t know what the situation would be like in the group and what the people would be like. At the end of the summer, when I was actually about to leave, I got an answer saying: “You′ve been approved”.

What are your principles when you make a film?

Refsdal: In this instance, I wanted to be a fly on the wall. I′m not the kind of journalist who′s out to film himself. You see a lot of that – journalists in love with themselves and their own image. I didn′t want to be in this film, nor do you get to see me. Of course you sometimes hear my voice, because I have to ask the occasional question. The idea was to stay a long time; I wanted to experience the everyday, achieving as much authenticity as possible. I didn′t want arranged situations. They′re impossible to control. Nor did I add any extra sound.

You won′t find any comment in the film. I don′t want to tell people what to think. I don′t want to tell them that these are terrorists or these are freedom fighters. It′s up to the audience to decide. When they watch the film, they can decide what they think about these people, what they think about their ambition of blowing themselves up. I didn′t want to tell them that. Sometime I think documentary film-makers underestimate the audience. They think people need to be told ″these are the bad guys, and these are the good guys. We hope that the bad guys will lose and the good guys will win″. Of course, there will be those who are disgusted, saying: “How can they think that they will go to heaven by driving a truck into a bunch of Syrian troops and blowing themselves up?”

What security precautions do you take?

Refsdal: The security is in the preparation. I got permission from al-Nusra to go with them. I didn′t just turn up on their doorstep saying: ″Hi, I want to film.″ That wouldn′t go well. Afterwards, it′s too late. You are with these people, you are in their hands. If they want to do something bad to you, there is nothing you can do about it. But I trusted them and they trusted me. So it wasn′t a problem. But, of course, it was a war zone and there was a lot of random bombing. The Syrian air force would just bomb whatever they liked – there wasn′t necessarily any logic in the bombing. They would bomb a market, because it was market day, or mosques during Friday prayers. I also saw helicopters dropping barrel bombs.

Are you a practising Muslim? 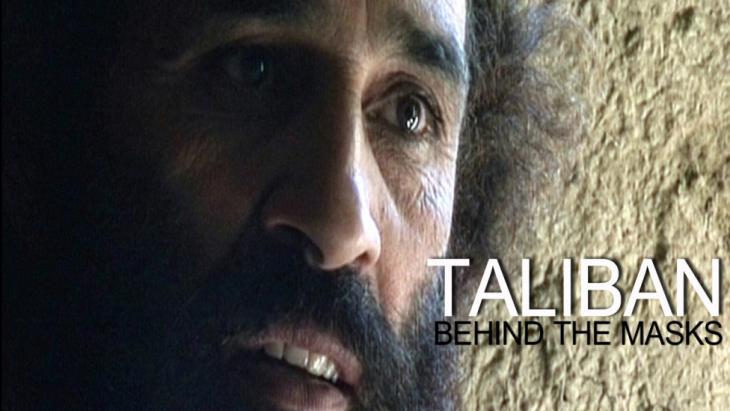 While filming the documentary "Taliban – Behind The Masks" in 2009, Paul Refsdal was kidnapped – his life hung in the balance for nine days. His kidnappers threatened to film his execution. His latest film "Dugma – The Button", which documents the daily life of suicide bombers in northern Syria, is guaranteed to make waves

Refsdal: Yes. It′s funny when people ask me if I want a beer and I say no, I′m a Muslim. Just to see their faces. There are some rules and of course you can decide for yourself in how much detail you want to practise. For instance, when I was with this Moroccan group in Syria, the military training was led by a Tunisian man. He told me that when I drink water, I should sit down and that I should only drink three gulps, giving thanks to God after drinking. There was a lot of detail involved. And that′s fine if you like that kind of thing. But I don′t think such rituals make me a better Muslim. I think if I′m kind to other people, try to show respect and behave with consideration, that′s much better thing than limiting my drinking to three gulps of water at one sitting.

By the way, this Tunisian ended up joining Islamic State. He′s there now. A lot of these people I met during the first year ended up with Islamic State. Sometimes my ex-interpreter will send me a message: ″Remember this guy? He was in your film. He′s now an IS commander in this or that region″.

Who are the main protagonists in your film?

Refsdal: There′s the British convert, for instance. He is a white, typically British guy. He didn′t tell me a lot about his background, he just said his father is American, his mother is British. And he converted to Islam when he was on holiday with his mother and his stepfather in Egypt. Of course I read about him when he appeared in an al-Nusra video a few weeks after I left. The British press began researching him: eventually they managed to identify him and told his story. But he is a young man – just 26 – and I think he′s struggling a bit. When you convert you suddenly have all these new brothers and sisters. I think it′s not easy for him that he left his family behind. Every time he tries to contact his mother, she tries to persuade him to come back.

And then there′s the Saudi man who really loves life. He told me that his two biggest passions in life were to serve Allah and food. And he eats food whenever he can. You only have to look at him to see that. He also has a very beautiful voice; when he sings and recites verses from the Koran, which he does in the film, it′s just beautiful. He said he worked as a security guard in Saudi Arabia. His father is quite wealthy. He has a wife and two children. He has never met his youngest daughter. All he′s seen has been via Skype or the videos his wife sends.

In his book "Ground Zero: 9/11 und die Geburt der Gegenwart" (Ground Zero: 9/11 and the Birth of the Present) Islamic scholar Stefan Weidner analyses the consequences of the ... END_OF_DOCUMENT_TOKEN_TO_BE_REPLACED

To Afghans, the name "Panjshir" evokes associations with the Tajik resistance against the Soviets during the 1980s. But the special charm of the province lies in its landscape. ... END_OF_DOCUMENT_TOKEN_TO_BE_REPLACED

The USA and NATO plan to withdraw from Afghanistan by September. The operation is risky, the outcome uncertain. Many Afghans fear civil war. The quake on the Hindu Kush will also ... END_OF_DOCUMENT_TOKEN_TO_BE_REPLACED

Even in times of war and pandemic, refugees are still being deported to Afghanistan. Several deportation flights have taken place in recent weeks alone. Since those affected often ... END_OF_DOCUMENT_TOKEN_TO_BE_REPLACED

The Prophet Muhammad never executed anyone for apostasy, nor encouraged his followers to do so. Nor is criminalising sacrilege based on Islam’s main sacred text, the Koran. In ... END_OF_DOCUMENT_TOKEN_TO_BE_REPLACED
Author:
Philipp Jedicke
Date:
Mail:
Send via mail

END_OF_DOCUMENT_TOKEN_TO_BE_REPLACED
Social media
and networks
Subscribe to our
newsletter