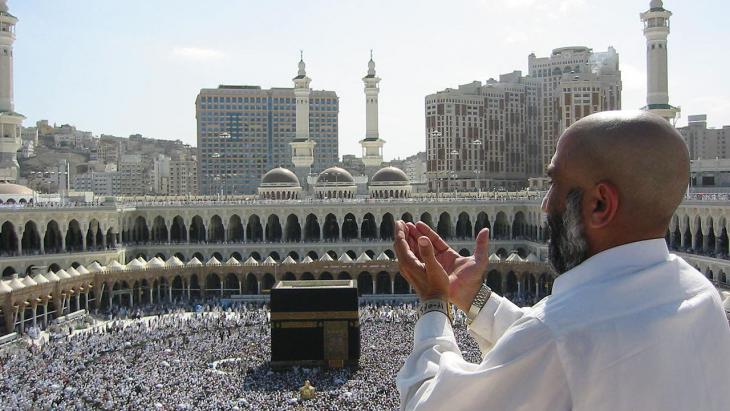 Peace and justice in Islam
Are we missing something?

Associating progressive social policies with Islam may unsettle some, yet the parallels are there and offer many possibilities. A contribution to the debate on religion and human rights by Hakan Altinay

When we talk about civics – that is, co-managing our society and constructing a just and good life for all – this is not the most opportune time in history to consider its compatibility with Islam.

In Turkey, Tayyip Erdogan has dismantled key features of a democratic state. He sees traitors everywhere, including in the Constitutional Court and the Central Bank and he is suspicious of anyone who is not sufficiently grateful to him. He refuses to abide by the constitution, which requires the president to be nonpartisan and boasts about his de facto powers.

In neighbouring areas, Libya, Iraq, Syria and Yemen are consumed by civil strife and the jury is still out with regard to Indonesia and Tunisia. But perhaps most prominent in our current global consciousness: the world is awestruck by the barbarity of the Islamic State throughout the Middle East and beyond. So, is it a fool′s errand to search for signs and building blocks of Muslim civics? Maybe. But maybe not.

The city on the hill

At its core, the term civics refers to our knowledge of how to co-manage our commons. Towns and cities force diverse people into close proximity and intermix their destinies, a predicament that gave us civics, initially. The terms used for civilization and civics in Turkish and Arabic – medeniyet and medeni – are derived from the city of Medina. Medina had its own civic charter and is, so to speak, the city on the hill for devout Muslims. In this etymological sense, the just and good life is not an automatic affair, but one that needs to be constructed in unison and with deliberate intent. 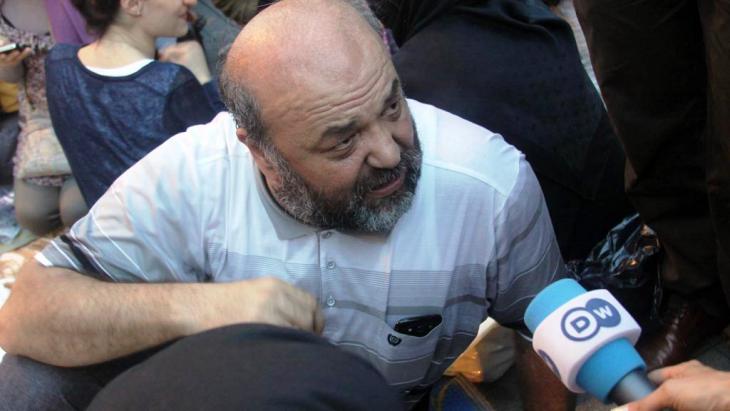 Turkish theologian İhsan Eliaçık: He posits that the commonplace mantra of ″Allahu Akbar″ means only God is mighty – no one else is entitled to obedience. A person must earn respect, not demand it and it is always conditional. He adds that no earthly authority enjoys a permanent right to govern and that the central temperament of Islam is libertarian.

Yet a recurrent and highly problematic issue is the use of force and coercion in the name of Islam –arguably the very opposite of civics. If the leaders of the Islamic State call themselves Muslim, then what does the term ″Muslim″ really mean, much less ″Muslim civics″? Abdulaziz Bayindir, a respected theologian, argues that in countries where it is not absolutely free to be an atheist, being a Muslim is of little significance, because the choice has to be made with free will and no fear of repercussions.

Ihsan Eliacik, another bold theologian, has said that, while he was born a Sunni Muslim Turk, he is an Alevite, a Kurd and a Christian until the stigmatisation and discrimination against those identities ends in Turkey. Eliacik challenges those interpretations of Islam that lend legitimacy to authoritarian rule. He posits that the commonplace mantra of ″Allahu Akbar″ (″God is mighty″) means only God is mighty – no one else is entitled to obedience. A person must earn respect, not demand it and it is always conditional. He adds that no earthly authority enjoys a permanent right to govern and that the central temperament of Islam is libertarian. Mucahit Bilici, a Muslim sociologist, insists that defending the rights of atheists is not only a requirement of being a democrat, but also of being a Muslim.

But how do we reconcile this with the current global state of affairs? In Turkey, for example, the AK Party started out as the Muslim answer to the Christian Democrats in Europe and aspired to demonstrate that the values and creeds that they held dear were compatible with first–rate civics and governance. 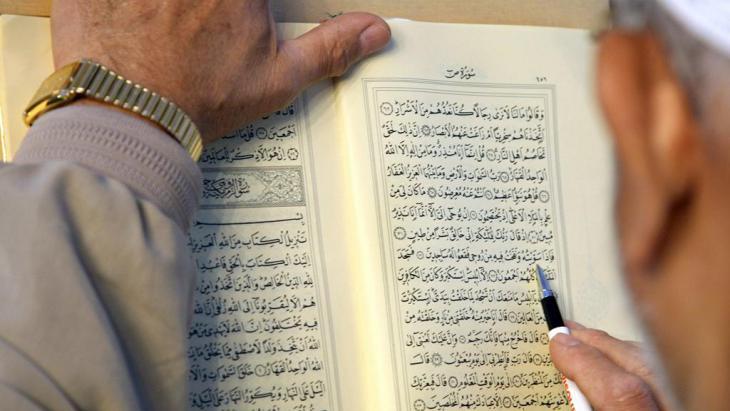 As a general rule, the Koran encourages Muslims to be open-minded and seek higher wisdom and better knowledge.The Koran asks Muslims to treat plurality as God′s gift and as an occasion to learn from one another

Initially, their achievements were formidable: they brought the armed forces into line, they met some key Kurdish demands and they dramatically expanded social policies. Yet today, the party consistently chooses loyalty to its increasing authoritarian leader over commitment to its mission to be a conservative – that is, Muslim-democratic – party and the world is now perplexed about exactly what to make of them.

As a general rule, the Koran encourages Muslims to be open-minded and seek higher wisdom and better knowledge, ″even if it is as distant as China.″ The Koran asks Muslims to treat plurality as God′s gift and as an occasion to learn from one another. The Muslim tradition also attaches a premium to collegiality: many Muslims consider debate between diametrically opposed parties, munazara, to be a lower quality mode of achieving civics than the collegial roundtable, mesveret.Muslims, like followers of many other faiths, are asked to greet everyone by committing to do no harm and come in peace. Yet, Muslims have an additional onus: they need to ask the verdict of their peers whether they have honoured their commitment to do no harm. In other words, Muslims believe that while their transgressions toward God can be forgiven by God, their transgressions towards others can only be forgiven by the aggrieved party.

These practices are strikingly reminiscent of what Nobel Laureate Elinor Ostrom discusses about creating and sustaining norms without the heavy hand of a Leviathan. A similar echo from social science occurs in Amy Singer′s account of charity in the Islamic societies, which details various practices to encourage giving without much regard to immediate return. 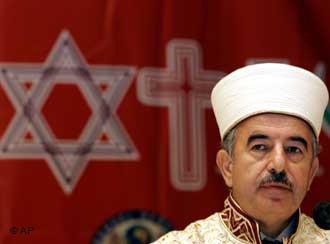 The former president of Diyanet Ali Bardakoglu argued that the benchmark of a decent society for Islam ought to be whether a single woman can travel from Yemen to Damascus without encountering any harassment. Islam, according to Bardakoglu, has to nurture a bottom-up ethics and civility.

The Muslim world has long had a whole sub-economy of trusts, foundations and anonymous giving. Islam asks pro-social behaviour such as, zakat, an annual donation equivalent to 2.5% of one′s wealth, for social purposes. Thomas Paine and Bruce Ackerman put forward similar ideas.

More recently, a number of theologians in Turkey have drawn interesting conclusions both from the cannons and practices of Islam. Ali Bardakoglu, the former president of Diyanet, argued that the benchmark of a decent society for Islam ought to be whether a single woman can travel from Yemen to Damascus without encountering any harassment. Islam, according to Bardakoglu, has to nurture a bottom-up ethics and civility. Associating progressive social policies with things Islamic may unsettle some, yet the parallels are there. Islamic cultures do indeed know a thing or two about nurturing and sustaining civics.

What does all this mean in practical terms? It certainly does not mean that some kind of Muslim utopia is imminent. Both Turkey and the wider Muslim world could not be further from what these voices describe as desirable – though the breadth of causes for this disconnect is far too massive to tackle here. Yet, these voices and their constructs should unsettle us, as they don′t coincide with what we see in the news. What we owe first and foremost to each other is curiosity.

If the only thing the West wants from the Muslim world is for it to condemn and eliminate Islamic State, we should not be surprised when many in the Muslim world consider this engagement too hollow and too transactional. We need a deeper conversation than that. For better or worse, Muslims and the West are stuck with each other. If and when we persevere in genuine curiosity and good faith, we may encounter more kindred spirits – albeit with a different lexicon – than first meet the eye.

Hakan Altinay is the President of the Global Civics Academy, which offers online courses on global civics. He is based in Istanbul.

Home
Print
Newsletter
More on this topic
Interview with Turkish theologian Ihsan Eliacik: The Koran and social justicePopular unrest in the Middle East: Who says popular demand for change is off the agenda?Islam and violence: Conservative Muslims refute the violence of ISCombating violent extremism: Could Sufi Islam be the cure-all?
Related Topics
'Islamic State' | IS, Democracy and civil society, Freedom of religion, History of Islam, Islam and democracy, Koran | Quran, Reform Islam
All Topics

Egypt hopes to jump-start the action needed to face a warming world when it takes the presidency of major UN climate talks in November, but warns that countries need a "reality ... END_OF_DOCUMENT_TOKEN_TO_BE_REPLACED

A ceasefire has been in effect in Libya for the past year and a half. Yet after Russia's attack on Ukraine, another proxy war looms in Africa's most oil-rich country. Mirco ... END_OF_DOCUMENT_TOKEN_TO_BE_REPLACED

It is the biggest order in the history of the Siemens Group: a 2,000-kilometre railway network for high-speed trains is to be built in Egypt. But the project raises numerous ... END_OF_DOCUMENT_TOKEN_TO_BE_REPLACED

Archaeologists have discovered 250 sarcophagi and 150 bronze statues during excavations in the necropolis on the western bank of the Nile. ... END_OF_DOCUMENT_TOKEN_TO_BE_REPLACED

The lack of grain supplies from Ukraine is forcing Egypt to act. Now even the Toshka project is being revived to grow grain in the desert. Birgit Svensson travelled to see it END_OF_DOCUMENT_TOKEN_TO_BE_REPLACED

END_OF_DOCUMENT_TOKEN_TO_BE_REPLACED
Social media
and networks
Subscribe to our
newsletter