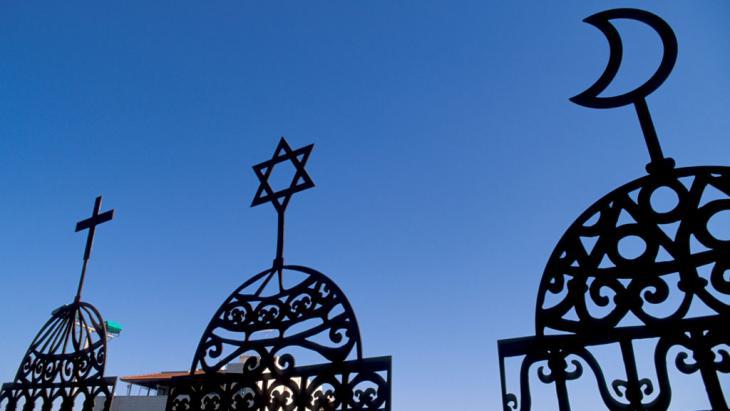 "Peace is the Future" meeting in Antwerp
A world in flames

Representatives of the world's religions came together at the Community of Sant'Egidio's international peace meeting in Antwerp in September to discuss peace. Despite the sobering testimonials and the awareness of the horrors being committed around the world in the name of religion, there were clear signs of hope. To the surprise of many, the Grand Mufti of Egypt spoke out plainly against the barbarism of Islamist terrorist groups. By Daniel Deckers

More than 25 years have passed since Pope John Paul II invited representatives of the world's religions to Assisi to pray together for world peace. And for more than 25 years, the Community of Sant'Egidio, which was founded in 1968, has been keeping the spirit of Assisi alive despite all the resistance in the Catholic Church – particularly as it looked for a while after the end of the East/West conflict as if the "clash of cultures" was no longer an inevitable fate.

Bit by bit, the men and women of the "UN of Trastevere", as the Vatican refers to them with a mixture of envy and admiration, have built up a network of contacts to religious leaders and politicians all over the world in order to foster trust.

It did not take long for tangible results to be achieved. In 1992, Andrea Riccardi, the founder of the community, and Matteo Zuppi, today one of the auxiliary bishops of the Diocese of Rome, were instrumental in bringing about peace between the FRELIMO and RENAMO camps in the civil war in Mozambique. 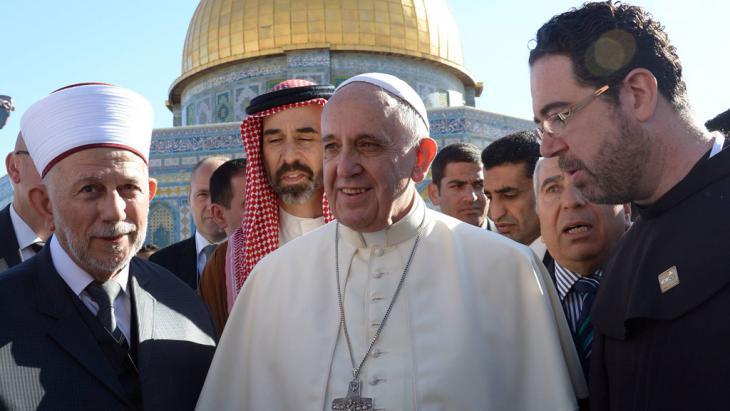 In May of this year, Pope Francis (centre), paid his first visit to Jerusalem. He is pictured here with Muhammad Ahmad Hussein, Grand Mufti of Jerusalem (left). During his time in the West Bank, he emphasised how important it is to find a peaceful solution to what he called the "increasingly unacceptable" Palestinian-Israeli conflict

Zuppi returned to Mozambique a few weeks ago to once again mediate between the two opposing parties in advance of the presidential elections. Yet he is certainly not the only one to experience how fragile peace is: the shadows of war and barbarism have not loomed as darkly over any of the community's 28th international peace meetings as they did over this one, which began on 7 September in the Belgian port city of Antwerp.

When colourfully clothed religious leaders and members of the Community of Sant'Egidio from across the globe crowded into Antwerp Cathedral on that Sunday morning, the appearance of the cheerful routine of a peace meeting was deceptive. And when Ignatius Aphrem II, the Syriac Orthodox Patriarch of Antioch, spoke in his sermon of the threat of extinction faced by the Middle East's religious minorities, it didn't matter how much light was flooding through the windows of the Gothic edifice, everyone knew that outside, the world was in flames.

As if it were not enough to remind people on this September day of the outbreak of the First World War one hundred years previously and, as Antwerp's Mayor Bart de Wever noted, of the Second World War and the port city's liberation from German occupation on the exact same day seventy years previously, the horrors of the present day resounded in the public testimonials and many personal conversations that took place during the meeting.

Andrea Riccardi himself was the one to destroy the last remnants of any illusion of peace in his opening address. In Ukraine, war has returned to European soil; political orders in the Near and Middle East have collapsed completely; more and more nations are unable to protect the lives of their citizens; the containment of martial force by means of international conventions has been turned on its head to an extent never seen before by the targeted showcasing of atrocities as a means of propaganda: terrorism as a cult of dehumanised violence that is often legitimised by violence. Is this the Third World War of which Pope Francis recently spoke, consuming today's world bit by bit? 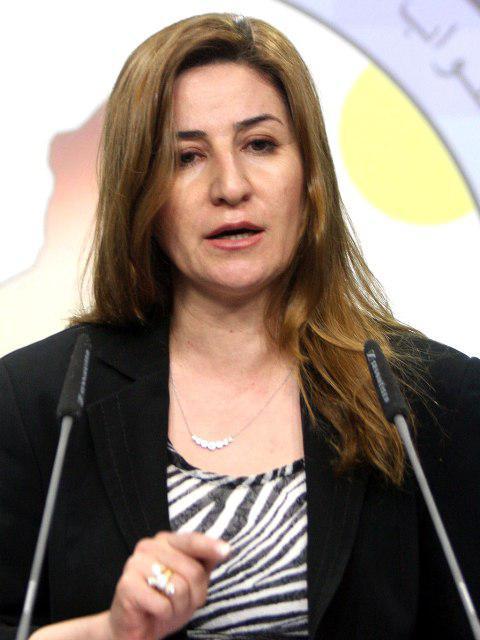 In an emotional address at the Community of Sant'Egidio's international peace meeting in Antwerp in September, Vian Dakheel spoke of the persecution of Yazidis by IS

Vian Dakheel is the only female member of the Iraqi parliament. When she spoke, telling of her personal experience of the suffering of her people, the Yazidis, the listener suddenly felt transported back in time to that hell of lacerated bodies, obliterated villages and antediluvian, omnipresent death into which Europe sank one hundred years ago.

Ignatius Aphrem II did nothing to dispel these grim thoughts when he spoke of ruined Syrian towns and destroyed churches in which refugees fight for their survival.

By contrast, the audience was taken aback when Shawki Ibrahim Abdel-Karim Allam, the Grand Mufti of Egypt, took the floor. Nobody had ever before heard the highest religious authority in Sunni Islam deny so categorically that acts of violence could ever be committed in the name of Islam.

Quite apart from the Grand Mufti's statement, the main message to come out of Antwerp was this: everywhere in the Islamic world, sheikhs, imams and emirs are prepared to take concrete action to condemn the perversion of their religion for the purpose of violence.

When Muhammad Abdul Khabir Azad, the Grand Imam of Lahore Mosque in Pakistan, and Paul Bhatti, brother of the Pakistani Minister for Minorities who was murdered in 2010, travel to the hotspots of religious violence in that region in order to stop a fanatical mob from destroying Christian villages, or when Christian and Muslim authorities in Nigeria join forces to bear witness against Boko Haram and to break the vicious cycle of poverty and fanaticism, then we see a faint glimmer of the peace that is the goal of every true religion.

Welcome to the world of Al Qasar, where Arabic music collides head-on with punk and psychedelic to create something powerful and beautiful. "Who Are We" is a raucous, subversive ... END_OF_DOCUMENT_TOKEN_TO_BE_REPLACED

Egyptian authorities have Mada Masr in their sights once again after critical reporting. But the editor of the country's last independent news source is adamant they will continue ... END_OF_DOCUMENT_TOKEN_TO_BE_REPLACED

Like Christianity, Europe's history is one of migration. Both have strong roots in the Orient and in cultures thousands of years old. Cultural historian Bernhard Braun invites us ... END_OF_DOCUMENT_TOKEN_TO_BE_REPLACED

When she ascended the throne, millions of Muslims still lived under British rule. Later, Elizabeth II appealed for tolerance in a multi-religious society. She was the first ... END_OF_DOCUMENT_TOKEN_TO_BE_REPLACED

Mohamed Abla is the first visual artist from Egypt to be awarded the Goethe-Institut’s Goethe Medal, Germany’s highest honour in the area of foreign cultural policy. Stefan ... END_OF_DOCUMENT_TOKEN_TO_BE_REPLACED

Comments for this article: A world in flames

I had read your valuable features, interviews articles and stories. It's all mind blowing and thought provoking things to motivate society, intellectuals n media. I am working for interfaith harmony n dialogue since 1995 I need to share with u no peace n development in the globe without interfaith dialogue n harmony. We must accept n respect all religions, faiths and it's very assential for peace.

END_OF_DOCUMENT_TOKEN_TO_BE_REPLACED
Social media
and networks
Subscribe to our
newsletter