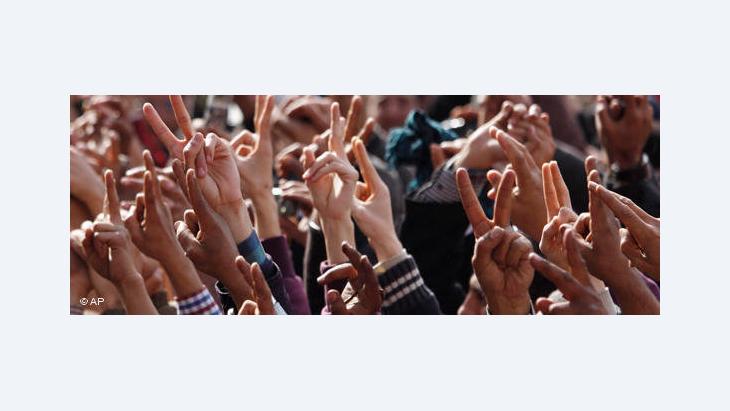 Peace Research into the Arab Spring

''A Historical Turning Point like the Fall of the Berlin Wall''

The 2011 Peace Report, which was compiled by the five largest peace research institutes in Germany, is almost 400 pages long. The general tenor of the report is a demand for more support for the Arab Spring. Bettina Marx reports

"The Arab Spring is a historical turning point, comparable to the fall of the Berlin Wall." This was the conclusion reached by the leading German institutes of peace and conflict studies in their analysis of the revolutionary events that have been taking place in North Africa and the Middle East. At the official presentation of the 2011 Peace Report, the researchers called on Europe to provide more support for the new path the Arab world is taking.

Speaking at a press conference in Berlin, Margret Johannsen from the Institute for Peace Research and Security Policy at the University of Hamburg said that the EU bore responsibility for the developments in the Middle East. She went on to say that Europe, among others, was also responsible for the long state of stagnation against which the people were now rebelling.

For years, she explained, the countries of the EU had been aiding and abetting repressive regimes by organising political bartering deals in which autocratic leaders supplied oil and natural gas and took in refugees in return for low-interest loans and weapons.

Johannsen said that the time had now come for the EU to provide the young democracies of North Africa with advice and hands-on assistance. It could, for example, help them to draw up constitutions and to transform their countries into democratic states under the rule of law. Above all, however, the EU would have to open up its agricultural markets within the framework of a new Mediterranean policy in order to create jobs in the countries concerned.

Representatives of Germany's five largest peace research institutes are critical of the EU's refugee policy, pointing out that legally, the border control agency Frontex is not in line with either international law or the Charter of Human Rights

The EU's policy on refugees came in for some really harsh criticism from the peace researchers. They said that legally, the border control agency Frontex was skating on thin ice in a grey area that was not in line with either international law or the Charter of Human Rights.

Bruno Schoch from the Peace Research Institute Frankfurt explained that fears of floods of refugees from North Africa pouring into Europe were completely irrational in this context. So far, he said, of the hundreds of thousands that had been expected, only 34,000 had actually arrived.

"I suspect that these fears are an expression of the fact that our bogeyman image of Islam has somehow gone astray and we are now projecting the whole thing onto the refugees," he said, adding that this was no way to launch a new Neighbourhood and Mediterranean policy.

The situation in Libya

The researchers were also critical of the situation in Libya. They reported that there was a real threat of a military escalation in this North African country. NATO's military intervention showed that protecting the civilian population and its aim of toppling the regime were two goals that were hard to combine. 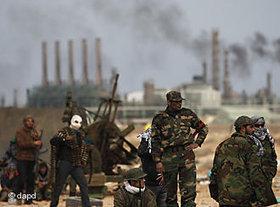 According to Tobias Debiel from the Institute for Development and Peace, the German Federal Government ought to have consented to the military intervention in Libya for the benefit of the civilian population

​​At the same time, however, the peace researchers did not explicitly oppose a military intervention. Schoch said that as Ghaddafi had described the rebels as rats and cockroaches that would have to be exterminated, there had been no alternative. Tobias Debiel from the Institute for Development and Peace added that the German Federal Government really ought to have consented to the military intervention for the benefit of the civilian population.

Debiel added that Germany's foreign minister, Guido Westerwelle, had really isolated himself by abstaining at the Security Council debate, deviating from a long German tradition of safeguarding European interests at the UN's highest decision-making body.

Support for the Palestinians

As far as developments in the conflict between Israelis and Palestinians are concerned, the peace researchers are appealing to political leaders in Berlin and Brussels to support the union of the two Palestinian parties, Fatah and Hamas. According to Margret Johannsen, Germany and Europe, like Washington, would do well to recognise a Palestinian state when the autonomy government proclaims it an independent state – as planned – this autumn.

"In my opinion, it could possibly be the last attempt for a while to achieve an independent Palestinian state." Seeing as 20 years of negotiations had not managed to bring about a two-state solution, she said, the time had now come for the Palestinian Authority to somehow free itself from being dependent on negotiations with Israel.

Johannsen went on to say that while this might be a somewhat unusual move, it is worth a try, which is why Europe and the USA ought to recognise the Palestinian state as independent.

Nevertheless, a new round of negotiations would have to be launched at the same time as independence is proclaimed. The conflicting parties might not be able to manage it alone without any help from outside.

Why are predominantly Muslim countries lagging behind when it comes to democracy and human rights? Dutch sociologist Ruud Koopmans uses a lot of figures to underpin his theory ... END_OF_DOCUMENT_TOKEN_TO_BE_REPLACED

Egypt's former long-term president is dead. His ailing political and economic legacy is now in the hands of the country's present-day authoritarian rulers. An obituary from Cairo ... END_OF_DOCUMENT_TOKEN_TO_BE_REPLACED

The past enthusiasm of the Egyptians lives on in the Iraqis of today. But just as they were nine years ago in Cairo, current prospects in Baghdad are dim. A comparison by Birgit ... END_OF_DOCUMENT_TOKEN_TO_BE_REPLACED

Insults directed against Egyptian President Abdul Fattah al-Sisi have been particularly prominent among the hundreds of chants by Arab protestors in Algeria, Sudan, Iraq and ... END_OF_DOCUMENT_TOKEN_TO_BE_REPLACED

Political analyst Taqadum al-Khatib argues that Egypt can, in co-ordination with its European partners, develop a common vision to solve the complex conflict in Libya. For this to ... END_OF_DOCUMENT_TOKEN_TO_BE_REPLACED
Author:
Bettina Marx
Date:
Mail:
Send via mail

END_OF_DOCUMENT_TOKEN_TO_BE_REPLACED
Social media
and networks
Subscribe to our
newsletter