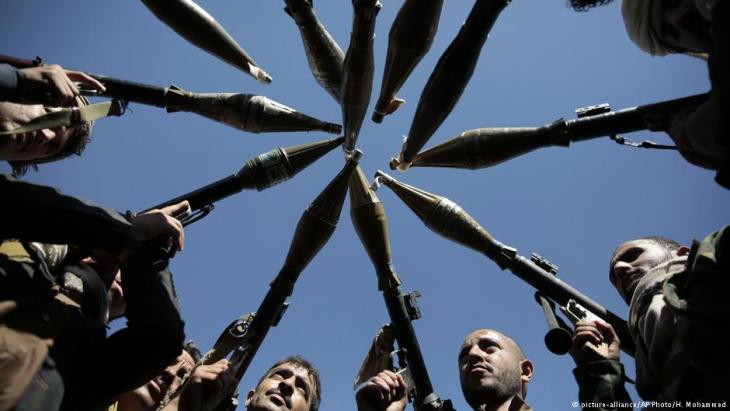 Yemenis – pawns in a cynical game

The problem with peace negotiations is always that the perpetrators of war represent the only hope for a resolution. In the case of Yemen, the talks are being conducted by the very same warring parties that led the nation into what is currently the world′s greatest humanitarian crisis. Commentary by Karim El-Gawhary

There are many different ways to end a war: for example, when a superior party in the conflict forces its political design for the post-war period onto the inferior party.

This is a possible scenario in Syria, where Bashar al Assad has – with the help of Russia and Iran – has regained almost total military control and is cleansing the nation of all political opposition to consolidate his position. While this scenario might end hostilities in the first instance, it has questionable political sustainability.

The second way to end a war is what we currently appear to be experiencing in Yemen. It would seem that here, both conflict parties – the government of Abdul Hadi with its Saudi sponsors and the Houthi rebels with their Iranian sponsors – are gradually coming to the realisation that this war cannot be won by military means. After almost four years of senseless war they are now sitting at the negotiating table in Sweden, each hoping that they will be able to achieve more here than on the battlefield.

Civilians bear the brunt of the conflict

A man-made humanitarian catastrophe such as this needs a man-made solution. The Yemeni civilian population is unfortunately not represented at the Sweden talks. It would have put an end to this war long ago.

This civilian population was always just a pawn in the warring parties′ cynical game. The government and its Saudi allies evidently had no qualms starving out the population in rebel-held areas. That is the biggest crime in this war: the UN says that in Yemen, a person starves to death every 10 minutes.

But the Houthi rebels are also unscrupulous. They use the images of starving children for their own propaganda purposes and hope that the outcry from international aid organisations will give them the advantage they need to boost their position in this conflict. 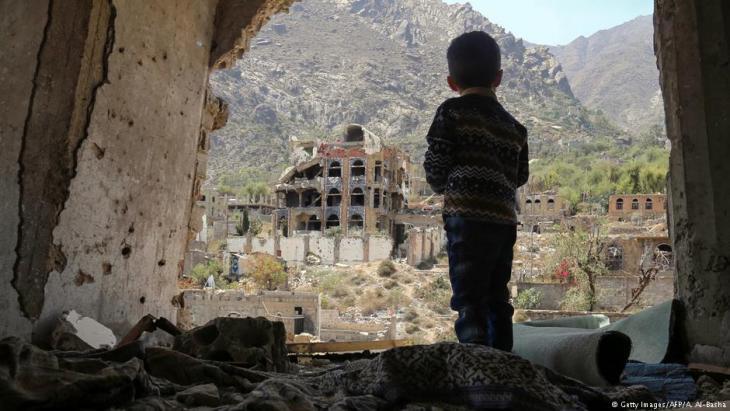 At the expense of the Yemeni people: since 2014, a war has been raging in Yemen between the troops of President Abd-Rabbu Mansour Hadi, supported by Saudi Arabia and other Arab states, and Houthi rebels, backed by Iran. According to the UN, more than 10,000 people have already been killed, including thousands of civilians. Millions of children are suffering from hunger and disease

Both sides have repeatedly made it clear how little they actually care about the children. The Saudis bomb schools and the Houthis recruit child soldiers. The result: two million Yemeni children haven′t set foot inside a school for years.

Self-interest trumps the willingness to co-operate

So now, instead of sitting in the dock of an international court, they′re attending negotiations in Sweden. Here too, their first priority is themselves and how to get their fighters to safety. They have already agreed to fly out the wounded and exchange captured soldiers.

Again, the concerns of the civilian population are secondary. There are hopes that negotiators can agree a ceasefire around the port of Hodeidah, the scene of heavy fighting in recent weeks. The port handles 80 percent of aid shipments, upon which two thirds of the Yemeni population is now reliant. This would be the first negotiation outcome to make a real difference to the civilian population.

If the Saudis would then cease dropping bombs and the Houthis would stop firing any more missiles at Saudi Arabia, then this would indeed represent a de-escalation which could then form the basis for the start of actual peace negotiations for the political future of the country. But Yemen and its envoys are still miles away from achieving that.

Moreover, there is a third way to end a war. International sanctions against all conflict parties and a halt to arms shipments – this could potentially have halted the Yemeni disaster much earlier.

After all, that the war has lasted almost four years is also due to the fact that on an international level, other countries have chosen to look the other way. Ultimately, Saudi Arabia is good for the arms business and Yemeni refugees aren′t coming to Europe. Perhaps in this respect, the international community also belongs in the dock.

But you can′t end a war with accusations: as I′ve already said, that′s something that can only be done by those who started it in the first place.

Political analyst Taqadum al-Khatib argues that Egypt can, in co-ordination with its European partners, develop a common vision to solve the complex conflict in Libya. For this to ... END_OF_DOCUMENT_TOKEN_TO_BE_REPLACED

At the suggestion of his Arab students, Israeli psychologist Ofer Grosbard created the project "Quranet", which uses texts from the Koran to solve educational problems in schools ... END_OF_DOCUMENT_TOKEN_TO_BE_REPLACED

Libyans have mixed feelings about the EU. On the one hand, they admire what Europeans have achieved, but on the other, they feel let down. Moutaz and Walid Ali report from Tripoli END_OF_DOCUMENT_TOKEN_TO_BE_REPLACED

Turkey's President Erdogan wants to create a second Bosphorus. The cost to the economy and environment would be enormous – and that's why Istanbul's mayor is attempting to stop ... END_OF_DOCUMENT_TOKEN_TO_BE_REPLACED

Libya is in turmoil and no political solution is in sight. The EU's inability to take concerted action in the country, meanwhile, is being exploited by third parties, such as ... END_OF_DOCUMENT_TOKEN_TO_BE_REPLACED

Contemporary artist Mona Hatoum is one of those figures whose presence in western capitals stimulates much attention and critical writing, while her exhibitions in Arab cities ... END_OF_DOCUMENT_TOKEN_TO_BE_REPLACED
Author:
Karim El-Gawhary
Date:
Mail:
Send via mail