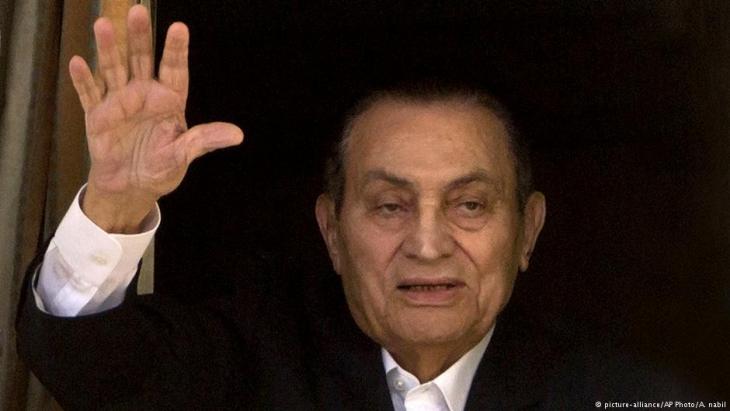 Some are more equal

While ex-dictator Hosni Mubarak – who has apparently got off scot-free – will not be called to account for the deaths of hundreds of demonstrators, democracy activists released from detention such as Ahmed Maher continue to suffer harassment at the hands of the legal system. Karim El-Gawhary reports from Cairo

The Egyptian ex-dictator Hosni Mubarak is free again. Last Friday (24.3.2017) the 88-year-old left the military hospital in Cairo and returned to his villa in the north of the city.

In Egypt, imprisonment and later release can go one of two very different ways. Mubarak, who has just been released, spent most of his detention in a military hospital in southern Cairo, "for health reasons".

Ahmed Maher, one of the prominent activists in the April 6 Youth Movement, a group of secular, liberal young people who once demonstrated against the Mubarak dictatorship on Tahrir Square, had to experience a very different kind of detention and above all, a different kind of "release".

Following the 2013 military coup, Maher was sentenced to three years in jail, because he – just as he had done during the period of anti-Mubarak rallies on Tahrir Square – had dared to demonstrate again – this time against military rule. His offence: participation in an "illegal demonstration", as it is termed in Egyptian demonstration legislation. Maher later received a further six months "for verbal resistance to the state authority", because he asked a police officer to remove his handcuffs during appeal proceedings.

Both the former dictator Mubarak and the activist Maher are officially free. Early in March, the court of cassation acquitted Mubarak on the charge of ordering the murder of 800 demonstrators who died during the 18-day rebellion against his rule.

The judge probably had no other choice. After all, there was insufficient evidence to prove the chain of command at the time. The telephone records have disappeared. But this is perhaps hardly surprising, as the security apparatus under investigation here is the same one being called upon to present and secure the evidence.

Subsequently, public prosecutors worked in such a sloppy fashion that there was not much left of the prosecution case against Mubarak. The fact is, that to date no one has been called to account for the killing of these 800 individuals in the year 2011. 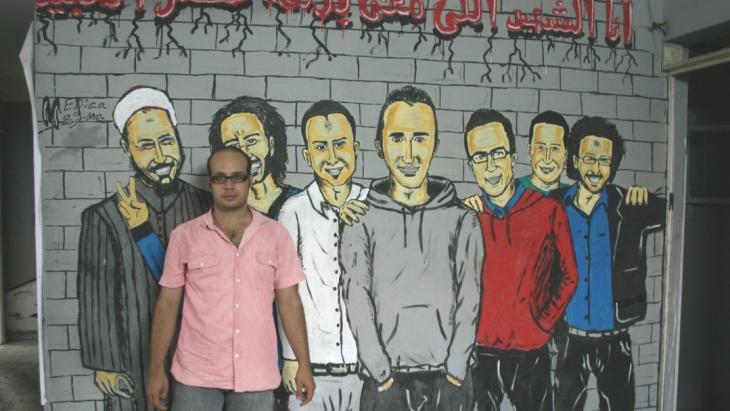 Mastermind of the Egyptian Arabellion: Ahmed Maher was arrested in November 2013 while demonstrating against new legislation prohibiting any public gatherings that had not been granted prior approval by the Interior Ministry. He was sentenced along with prominent activists Mohamed Adel and Ahmed Duma, who still remain in prison. Maher is founder and spokesman of the April 6 Youth Movement, which played a major role in toppling Egypt′s long-time dictator Hosni Mubarak in February 2011

Ahmed Maher was released last January after serving his entire sentence. Unlike the dictator however, he actually spent this time in prison – in the notorious Tora jail and most of that in solitary confinement – barely four kilometres as the crow flies from Mubarak's luxury single room at Cairo's military hospital.

The conditions of release – those of the retired dictator and the activist who once demonstrated against him – have turned out to be quite different too: while Mubarak has been allowed to move back into his villa, where he has lived since 1979 in his capacity as vice-president and president, Maher is on probation for a further three years.

Incidentally, Mubarak's villa was part of a corruption scandal that even led to the temporary imprisonment of the former First Lady, Suzanne Mubarak, following the ousting of her husband. The building, which was originally state-owned, had namely been sold to Susan Mubarak in exceedingly questionable circumstances. To do this, the Mubaraks made use of a complicated construct, as the Egyptian investigative journalist Hossam Baghat discovered with the help of an intelligence agency whistle blower.

The small palace had been signed over by the treasury to the intelligence agency, which then sold it to a real estate company that was also under the control of the secret service. This real estate company then sold the villa to Suzanne Mubarak. After Suzanne spent four days on remand for misappropriation of public funds in May 2012, she was eventually released on a number of conditions, among them that she sold the villa back to the state. 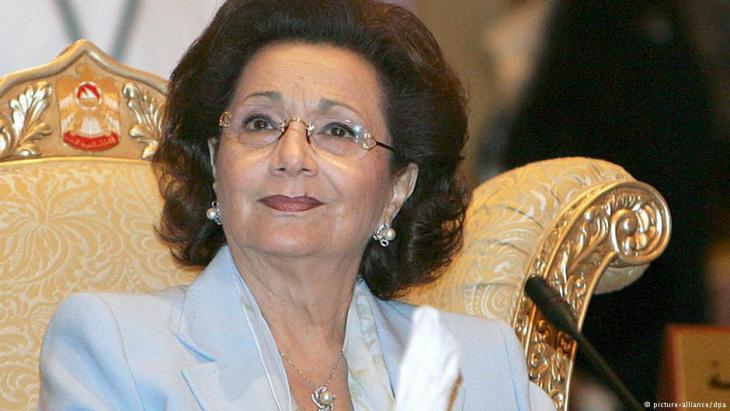 The shady dealings of Egypt′s former First Lady: in 2011 Suzanne Mubarak was investigated for illegal self-enrichment and the misappropriation of state funds. The Mubarak residence, which was originally in state ownership, was sold to Suzanne Mubarak in 2002 in particularly questionable circumstances

And there were also clearly some shady goings-on as far as the furnishing of Mubarak's villa is concerned. In one of the many trials against Mubarak, the ex-dictator was only sentenced on one single occasion – to three years' imprisonment. The trial became known as "the presidential palaces case". Mubarak and his two sons were found guilty of embezzling the equivalent of 13 million euros from the public purse to renovate their residences.

Just like Hosni Mubarak, Ahmed Maher is also nominally a free man today, but with a crucial condition: probably because of fears Maher could again mobilise his old Tahrir network against the current regime, the authorities came up with a particularly perfidious chicanery for him. Every evening for the next three years, during his "probation period", he must appear in person at a police station in eastern Cairo, where he has to spend the night until 6 am the following morning.

As for the man against whom Maher once rose up with his friends on Tahrir Square, he must live with a different kind of restriction following his release: he cannot leave the country in future because he is currently the subject of another investigation – namely how he came to be in possession of such wealth. But Hosni Mubarak can take a relaxed view of this second restriction – he is unlikely to have to fear such a trial during his lifetime.

They’ve already got the Louvre; they’ll soon have a Guggenheim Museum as well – and now the Emirates have added literature to their quest for cultural supremacy in the Arab world ... END_OF_DOCUMENT_TOKEN_TO_BE_REPLACED

Years in the making, Sisi's elite New Administrative Capital will isolate most Egyptians from their centres of government in an effort to fortify the regime against any social ... END_OF_DOCUMENT_TOKEN_TO_BE_REPLACED

Professor Timothy Brennan's "Places of Mind: A Life of Edward Said" is a detailed biography of one of the most important intellectuals of the twentieth century, taking us on a ... END_OF_DOCUMENT_TOKEN_TO_BE_REPLACED

China has long portrayed itself as a strong supporter of the Palestinian cause. It has also claimed that in sharp contrast to the stance of the USA, its position is based on ... END_OF_DOCUMENT_TOKEN_TO_BE_REPLACED

Recep Tayyip Erdogan, disappointed by the European Union’s reluctance to integrate Turkey into its ranks, has re-directed his country’s diplomacy toward the Maghreb and Africa to ... END_OF_DOCUMENT_TOKEN_TO_BE_REPLACED

END_OF_DOCUMENT_TOKEN_TO_BE_REPLACED
Social media
and networks
Subscribe to our
newsletter