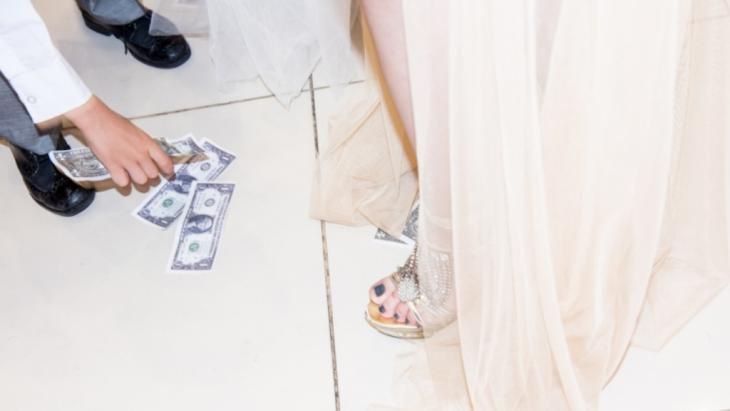 Between documentation and activism

Charlotte Schmitz is one of the most significant emerging photographers of our times, capturing refugees, Erdogan supporters and sex workers on camera. She travels the world and lets her protagonists shape their own images. By Ceyda Nurtsch

A freezing Berlin morning and Charlotte Schmitz is whirling around her studio in a blue kimono. She has an exhibition in the USA at the moment and is just about to leave again – for Dubai. Hers is a fast-paced life between documentation and activism, driven by unbiased curiosity.

Charlotte Schmitz photographs people who stage their own images for her, set scenes with a certain playful and sexualised edge. Time Magazine has praised her for her "deliberately personal approach” and her "courage in experimenting with new languages that challenge the traditional documentary perspective", including her in a list of 34 important women photographers around the world.

Schmitz has never stayed very long in one place. Born in Cologne in 1988, she and her parents moved to the suburbs of Flensburg when she was six. She attended a Danish school there and was socialised within Germanyʹs Danish minority. Her parents wanted their receptive child to have access to more than one community.

Photography on the Bosporus 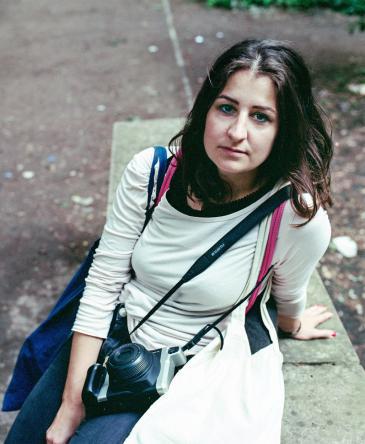 Charlotte Schmitz photographs people who stage their own images for her, set scenes with a certain playful and sexualised edge. Time Magazine has praised her for her "deliberately personal approach” and her “courage in experimenting with new languages that challenge the traditional documentary perspective,” including her in a list of 34 important women photographers around the world

She spent a year attending school in Ecuador, later moving to Paris at 19. The idea was to study politics and change the world. But the first camera she bought soon put paid to that plan. Her "super academic career", as she calls it, was put on ice for the time being. Schmitz studied photojournalism and documentary photography in Hamburg.

In 2014 she felt drawn to Istanbul and moved to Balat, one of the cityʹs historically Jewish quarters on the European side, on the western bank of the Golden Horn. Laundry flutters across steep cobbled streets where once Armenians and Greeks lived, followed later by poorer migrants from Anatolia, Roma and Kurds. These days, designer, artists and creative types have discovered the neighbourhood.

Curious about what was hidden behind her neighboursʹ curtains, Charlotte Schmitz got to know the womenʹs world of Balat. Her series "I am beautiful, so beautiful" (Cok guzelim, cok guzel) shows the girlishly artificial world inhabited by these women, a pink bubble with precipitous sexual connotations.

Schmitz is not a mute observer; her photos come about in interaction with their subjects. Friendship and profession intermingle. "Thereʹs always a dialogue between photographers and the people we photograph. We always introduce something to the lives of others," she describes her working process.

"How much do you love Erdogan?"

It was through these women that she properly understood her life, her dreams and the social conflicts in Turkey, she says. Shortly after the attempted coup of June 2016, she developed her series "How much do you love Erdogan?"

At that time, thousands were fleeing via Turkey for Europe. She met some of them, helped them, accompanied them via Whatsapp. Then she set off on her own journey, to photograph them.

Schmitz took some 200 photos during that time. On the Turkish-Macedonian border, in Lesbos, on the Turkish-Syrian border at Antakya, in Istanbul and Izmir. She photographed women, men, children, graves. The result was "Take me to jermany".

The people in her photos write their own captions. "Love for my son saved my life. I protected him from death in Syria" is one such. Or: "I smoke now. Itʹs Lagesoʹs fault" – referring to the authority that houses refugees in Berlin.

People writing their own words on each picture, their thoughts in their own handwriting and language, makes the humanitarian crisis more personal, says Schmitz. "It was important to me that the people themselves have a say because that can provide a different insight into the moment," she adds. And how do they react to her? "I think when you work eye-to-eye and youʹre just interested in the person, you rarely come across someone who isnʹt open." 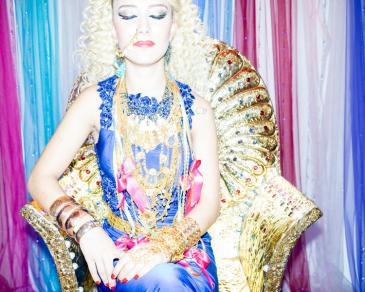 Behind her neighboursʹ curtains: in her series "I am beautiful, so beautiful" (Cok guzelim, cok guzel) Charlotte Schmitz presents a girlishly artificial world inhabited by these women, a pink bubble with precipitous sexual connotations

Her next stop after Istanbul was Berlin. There, she and her fellow photographer Johanna Maria Fritz meet men who have come into contact with heroin either before or during their journey to Europe and perform sex work in a park to pay for their addiction. They ply their trade at the centre of the German capital, not far from the government buildings.

The two women spent days with them, got into conversation, helped the men deal with administrative bureaucracy, found accommodation or German courses for them. Then they took photos, becoming the series "Garden of lost dreams": anonymous pictures showing the men hiding behind the parkʹs natural features, standing out at the same time. "I generally donʹt take a lot of photos," Schmitz says. "What I do most is spend a lot of time with people. Just hang out together. And then take a picture."

Documentation and art in one

Charlotte Schmitz is a fan of analogue instant photography – striking the aesthetic chord of our times, with the Instagram generation reviving the Polaroid look. It is also more transparent. Instant photos are intended more to give away than to keep. And that creates trust.

Charlotte Schmitz and Johanna Maria Fritz are still working on networking aid organisations and finding sponsors for the men. "If I can use my role as a photographer, I do," she says. She is careful to control the use of her photos of the men.

Charlotte Schmitz recently joined the Istanbul-based Agence Le Journal, founded by the Magnum photographer Emin Ozmen. Like all photographers who also regard themselves as activists, she feels connected to the people she photographs and develops strategies to visualise the political sphere. Documentation and art meld into one. We can look forward to seeing a lot more from this dynamic woman and her camera.

In her documentary, the young Palestinian filmmaker Samaher al-Qadi gives us a passionate and very personal view of what it means to be an Arab woman. Her film explores the ... END_OF_DOCUMENT_TOKEN_TO_BE_REPLACED

The Hanau terror attack showed just how dangerous racist conspiracy theories can be. And yet it is a threat that continues to be underestimated. Commentary by Daniel Bax END_OF_DOCUMENT_TOKEN_TO_BE_REPLACED

How can we truly appreciate the richness of cultures not our own? In her recent book "What is Islamic art? Between religion and perception", art historian Wendy Shaw explains the ... END_OF_DOCUMENT_TOKEN_TO_BE_REPLACED

In his controversial book published in 2020, French author Pascal Bruckner describes anti-Muslim sentiment as a fiction, claiming that the term "Islamophobia" is being used to ... END_OF_DOCUMENT_TOKEN_TO_BE_REPLACED

Islam scholar and social anthropologist Marie-Christine Heinze is head of an academic exchange project with the University of Sanaa on "Post-conflict Reconstruction in Yemen". In ... END_OF_DOCUMENT_TOKEN_TO_BE_REPLACED
Author:
Ceyda Nurtsch
Date:
Mail:
Send via mail

END_OF_DOCUMENT_TOKEN_TO_BE_REPLACED
Social media
and networks
Subscribe to our
newsletter