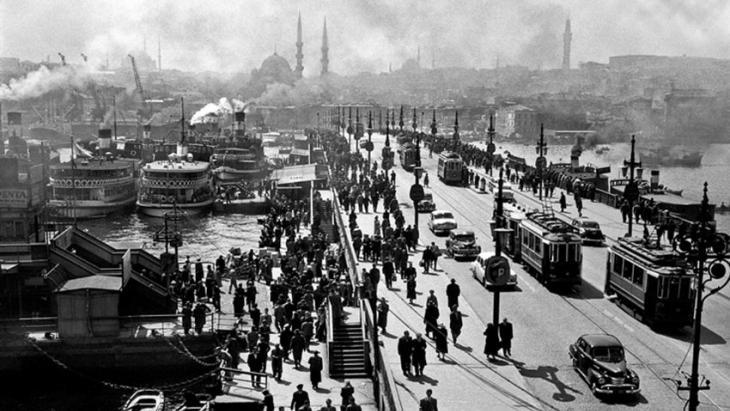 The man who photographed Istanbul

The exhibition "Ara Güler: Photographs 1950–2005" at the Willi Brandt House in Berlin runs until 1 February 2015. The focus of the exhibition is the Turkish metropolis Istanbul, a city that Güler has spent his entire life documenting. Felix Koltermann visited the retrospective

"I think retrospectives have a more profound significance than normal exhibitions, because they provide a summary of the entire life of a person and allow the viewer to immerse themselves more deeply in the work. They are also a good way of presenting a full overview of the artist. Whether this is then satisfactory depends of course on the work presented and the opinion of the visitor; that's not something I can judge. What I'm certain of is that they have a greater value than regular photographic exhibitions." So says Turkish photographer Ara Güler. 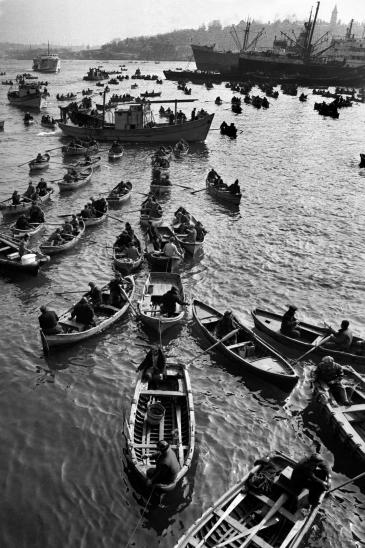 Born in Istanbul to Armenian parents in 1928, Güler has based himself in Turkey throughout his life. He is known as the "eye of Istanbul". A large part of the retrospective of his work is dedicated to his photos of his native city, such as this one of fisherman in 1958

The role of the photographer

As far as his role as a photographer is concerned, Güler has very clear views: "I view the camera as a way of facilitating a visual record. It gives me the possibility of capturing a story, of realising something and recording it. There is something akin to a visual memory that the camera activates. Historians always rely on written records. But in actual fact, the greatest historical events were captured by documentary filmmakers or photojournalists. They are the ones who actually went to the key places. For example, most of the reporters killed in the Vietnam War were photographers. Reporters always have it easier."

In the early stages of his professional life, Ara Güler came into contact with the heavyweights of documentary photography such as Henri Cartier Bresson. Even before he had turned 30, he was working as the Middle East correspondent for "Time" and "Life" magazines and also for key publications such as "Paris Match" and "Stern". For many years, he was a partner of the world famous agency Magnum, which marketed his reportages all over the world, including his story about the historic ruins of Aphrodisias in south-western Turkey.

Throughout his life, Turkey remained his base. Nevertheless, he does not ascribe any great value to the nation's bridge-building function between Europe and the Middle East: "I see myself as an historian, and for this reason, such a distinction carries little weight as far as I'm concerned. Basically, an event is a happening that we see and that I capture with the camera. To capture an historic event is part of my work and to cover political events is, of course, of great importance for my profession. These are a part of reality, of history, and that means I have to follow them. But I'm not a chronicler of political events in that sense. I'm not a newspaper reporter who only observes current events." 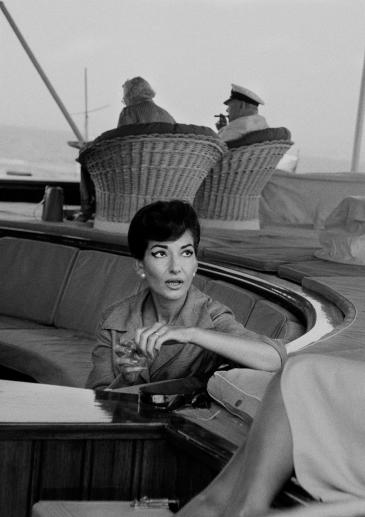 "I'm a photographer of people, of events involving people, and what makes people what they are," says Turkish photographer Ara Güler. Pictured here: Maria Callas

A focus on people

This attitude is also reflected in the images on display in the Berlin exhibition. Güler's pictures are less striking for their journalistic attributes than for their observational qualities and refined ability to capture scenes of everyday life. As a result, people were the focus of much of his work: "I'm a photographer of people, of events involving people, and what makes people what they are."

This becomes especially clear in Güler's images of Istanbul, which form the core of the Berlin retrospective. They fill the entire atrium of the Willi Brandt House and a section of the gallery. This presents the visitor with a wonderful, partially nostalgic view of the metropolis on the Bosporus. He has documented the changes undergone by the city, life on its streets and in its back yards, making repeated reference to Istanbul's relationship with the Bosporus and the sea.

However, a small number of other works by Güler are also on display, such as his reportage on Aphrodisias, his travel photography from India and Pakistan, and his portraits of artists, intellectuals and actors, which he produced in the US.

It goes without saying that more of the same would have been desirable in order to gain a full appreciation of Güler's oeuvre. That being said, the Berlin exhibition is a wonderful way of encountering Istanbul through the tutored eye of Güler the chronicler.

Felix Koltermann
© Qantara.de 2014
The exhibition, which is in the atrium und gallery of the Willi Brandt House in Berlin, runs until 1 February 2015. It is open Tuesday to Sunday from 12–6 p.m. (entrance free; ID required). The Berlin publishing house Nicolai-Verlag has published a detailed catalogue to accompany the exhibition (ISBN 978-3-89479-906-9).

Televised Turkish dramas are all the rage in the Middle East. A young Ottoman TV Empire has been expanding its soft power by harnessing regional dialects, Arabic names and viewers ... END_OF_DOCUMENT_TOKEN_TO_BE_REPLACED

Researchers agree that climate change alone cannot be blamed for the outbreak of war in Syria in 2011. However, neither can it be ignored as a reason this once blossoming country ... END_OF_DOCUMENT_TOKEN_TO_BE_REPLACED

The Sufi Trail is a long-distance hiking route from Istanbul to Konya that seeks to revive the ancient tracks used by foot pilgrims on their way to Mecca. Marian Brehmer spoke to ... END_OF_DOCUMENT_TOKEN_TO_BE_REPLACED

END_OF_DOCUMENT_TOKEN_TO_BE_REPLACED
Social media
and networks
Subscribe to our
newsletter