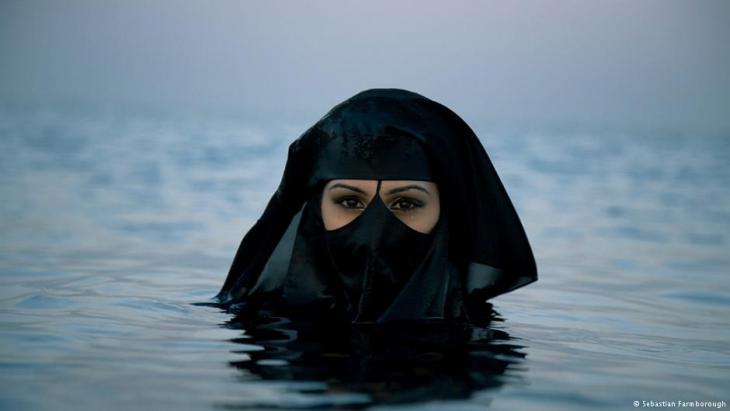 Photography in the Arab world

Casting the veil in a new light

Having spent three years in Saudi Arabia, English-born photographer Sebastian Farmborough felt he had to do something to counter the country's negative image in the West. He talks to Kate Muser about the project

Originally from England, Sebastian Farmborough has lived in many different countries, from the US, Spain and Chile, to Saudi Arabia and currently the United Arab Emirates. With a degree in business, he worked in Saudi Arabia for several years teaching English to Saudi executives at a petrochemical company. During that time, he got to know the Saudi people, and found that the reality in the country differed greatly from how it is perceived in the West.

Now living in Dubai, he has set out to show Westerners what Saudi Arabia and the Arab world are really like - through his "An Emerging Mystery" photo project. Although he has launched the project in Dubai, he plans to continue it in Saudi Arabia once he gains official permission to do so.

Muser: What led you to move to the Middle East? 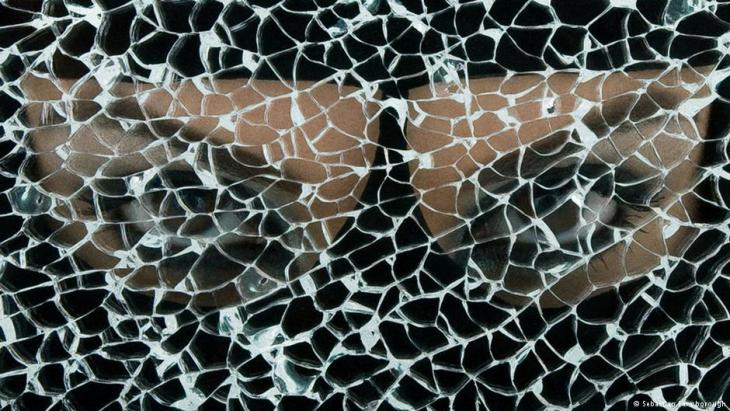 Redressing the balance: during his time in Saudi Arabia, Farmborough was struck by the warmth of the people he met there. What he encountered from friends at home bordered on incredulity. His visual record of life in the country is an attempt to open the eyes of those in the West

Sebastian Farmborough: I was in New York during the Twin Tower attacks and witnessed the media coverage that followed. It was all so negative about the Middle East. I felt a little sceptical and wanted to find out for myself.

Why are you focusing your photo project on veiled women?

Farmborough: The project is not just about women. While I was living in Saudi Arabia I would send emails to my friends, discussing the positive experiences I was having, and none of them believed me. It was really frustrating and this is what has prompted me to produce a visual representation of the positive aspects of life there.

On Twitter especially, there is a sea of negativity surrounding Saudi Arabia. You see so many horrible stories and statements about the people and their country, and I think many in the West believe that this is the whole story. This is far from the truth and that is what I wish to convey.

The reason I started by photographing the women was that this represented one of my first impressions. I had just moved from Barcelona and saw a veiled woman swimming out at sea [Eds: pictured above]. It was such a culture shock for me and I knew it would be for people in the West as well.

Can you give some examples of the positive experiences you're talking about? 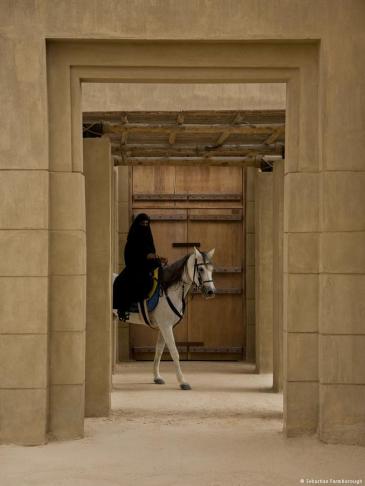 Deep-seated prejudice: "last year, a veiled woman was ejected from a Paris opera for being completely covered. This is very sad. What if she had been oppressed and moved to France to escape that oppression, only to be further alienated? That no-one in the audience stood up for her just does not seem very European to me", comments Farmborough

Farmborough: I think the problem in the West is that we are so accustomed to seeing images of veiled women that are objectified and devoid of personality, while the men are typically big-bearded and angry-looking - neither of which are particularly approachable. And together with their different clothing and media reputation, that can make them quite intimidating.

However, if you make the effort to get to know them you will discover some wonderful qualities such as their tremendous hospitality, generosity, the closeness of family relationships and friendships, their respect towards elders, and their sense of humour.

How do you think your photos can play into the ongoing debate in Europe about the acceptance of headscarves?

Farmbourough: Towards the end of last year, a veiled woman was ejected from a Paris opera for being completely covered. This is very sad. What if she had been oppressed and moved to France to escape that oppression, only to be further alienated? That no-one in the audience stood up for her just does not seem very European to me.

What I want to do is produce images that Europeans can relate to - personalise these women so that they can be understood and accepted. They are not all forced to cover themselves. I know that some are, but for the most part it is their choice and they are still able to live fulfilled and active lives.

What was the sentiment in Dubai in response to the Charlie Hebdo attack?

Farmborough: Most of my friends here are Muslims and they were all quite upset. They understand the desire for free speech, but at the same time they would like to see their religion respected.

However, it′s not just about the depiction of their prophet. They are more aggrieved with the disproportionate Western attention and media coverage of Western victims of terrorism, compared to that given to Muslim ones.

Using a graphic novel to address a contentious issue like the Algerian war of independence may seem an odd choice, but new release "Algeriennes", translated into English by Ivanka ... END_OF_DOCUMENT_TOKEN_TO_BE_REPLACED

Although a unity government was formed in Libya in March 2021, tensions and possible crises between the political actors are already emerging. What problems does the country face ... END_OF_DOCUMENT_TOKEN_TO_BE_REPLACED

India hits record numbers of COVID-19 infections worldwide for the sixth day running, as health systems buckle under the pressure, and shortages of medical oxygen and hospital ... END_OF_DOCUMENT_TOKEN_TO_BE_REPLACED

On 7 March, Switzerland became the latest European country to vote in favour of a so-called "burka" ban. It was yet another feather in the cap of the right-wing populist Swiss ... END_OF_DOCUMENT_TOKEN_TO_BE_REPLACED

German Middle East analyst Guido Steinberg and television journalist Ulrich Tilgner have both published new books on the conflicts in the Middle East. Their analyses and their ... END_OF_DOCUMENT_TOKEN_TO_BE_REPLACED

In Grenoble, France, two professors have been pilloried in a dispute over the use – or otherwise – of the term Islamophobia. Is freedom of speech in jeopardy? By Stefan Dege and ... END_OF_DOCUMENT_TOKEN_TO_BE_REPLACED
Author:
Kate Muser
Date:
Mail:
Send via mail

END_OF_DOCUMENT_TOKEN_TO_BE_REPLACED
Social media
and networks
Subscribe to our
newsletter