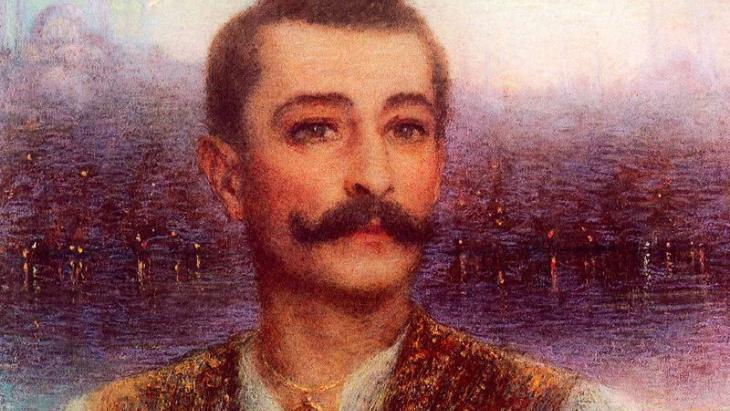 Pierre Loti
Dreams of the Orient

Under the pen name Pierre Loti, Frenchman Julien Viaud brought us the zeitgeist of Orientalism in literary form. His autobiographically inspired novels paint a romantic picture of the "mysterious" Orient and manifest a longing for the exotic. Susan Javad reports

​​"Islam has shrouded me with a magic that I will never be freed from," Julien Viaud alias Pierre Loti wrote in his 1892 novel Fantômes de l`Orient ("Phantoms of the Orient"), thereby describing his lifelong fascination with the Orient as he saw it: as inscrutable, sensual, and unchanging.

The Musée de la Vie Romantique in Paris has devoted an impressive, atmospheric exhibition to him, contextualizing the writer within the Orientalism of his time.

Around the world with the navy

Born on the French Atlantic coast in the town of Rochefort, Loti joined the navy at age seventeen and then traveled the world over the next forty-two years: Tahiti, Egypt, Algeria, Morocco, China and Japan were just a few of his many stations along the way.

But his heart was attached in particular to one city, which became the muse to whom he devoted many of his literary works and where his fame still lives on as the namesake of a hotel, a café, and a school: Istanbul.

Following his first trip to the capital of the Ottoman Empire in 1876, he was drawn again and again to Istanbul, where he began his career as a writer.

Passion as an inspiration

In Istanbul he had an intense love affair with a young Circassian woman that lasted a few months. This dramatic episode in his life inspired his first novel, Aziyadehm, first printed in 1879 and published in German by Suhrkamp a few years ago.

Loti's writing style is already apparent in this first work. He skillfully combines autobiographical and fictive elements into a homogeneous plot that appeals to the reader's imagination and emotions, playing on a fascination for the exotic.

In the novel a young English naval officer falls in love with the wife of an Ottoman dignitary. He joins the Ottoman army in order to stay in the country and to be near her, only to leave her in the end out of a sense of duty to his family and his homeland. Ultimately he dies in the war against Russia. By then, his lover had all but succumbed to her sorrow and grief.

In real life Julien Viaud also left his Circassian "Aziyadeh," whose real name was probably Hakidje. When he went to look for her again years later, he learned that she had in fact died – of grief, legend has it.

Despite many other muses who followed, Aziyadeh remained a part of his fantasy, embodying for him up until his own death his deep fascination with "the Orient, as we dream of it," according to the novel's foreword by Bruno Vercier, an expert on Loti.

Loti traveled across the Oriental world, and then he began to bring it home with him bit by bit. Like the hero of his novel, he was bound to his home by family ties, spending long periods between travels in Rochefort.

Over the years, he gradually transformed his parents' home to match his ideal of an exotic Oriental life: a Japanese pavilion in the garden, a Chinese room and a Turkish-Ottoman salon in the house. He even had a whole mosque transported from Syria and rebuilt at his home in the tranquil town of Rochefort.

He was fond of being photographed in this Oriental-style décor, dressed as a Turk, an Albanian, or an Arabic Bedouin – thus exposing his vanity, his joy in masquerading, and his need to play different roles and take on new identities. This characteristic has been a source of ridicule, both during his time and since.

Of the forty books he wrote over the course of his very prolific career as a writer, only a small fraction is available in German to date. In France, on the other hand, Loti received honor and attention already during his lifetime.

In 1891 he was accepted into the renowned Academie Française, the Hall of Fame for the French literati. The success of his books helped him pull his family out of the financial hard times they had in the meanwhile come upon.

During the First World War Loti became politically active. Already getting on in age, he took part in secret negotiations between France and the Sublime Porte, trying in vain to prevent the division of his beloved Ottoman Empire.

With the downfall of the "sick man on the Bosporus," Loti's nostalgic dream of a motionless, eternally still, and inertly sensually Orient also came to an end.

Julien Viaud died in France in 1923. Pierre Loti, however, remains one of the greatest stylists of the French language and one of the main representatives of literary Orientalism. 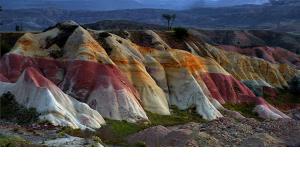 The height of geological eccentricity, Cappadocia, set amid the plains of Anatolia in central Turkey, combines fantastical topography with fascinating remnants of human history. ... END_OF_DOCUMENT_TOKEN_TO_BE_REPLACED

Tim Mackintosh-Smith's latest book – "Arabs" – reveals how linguistic developments helped and hindered the progress of Arab history. In interview with Qantara.de, he talks to ... END_OF_DOCUMENT_TOKEN_TO_BE_REPLACED

Tea is a mainstay of popular culture across the Middle East, from Morocco to Qatar. Tucked away in Tehran's Grand Bazaar is arguably the world's tiniest tea shop. The owner's ... END_OF_DOCUMENT_TOKEN_TO_BE_REPLACED

In Morocco, the bicycle is considered a poor man's means of transport. What's more, cycling tends to be a male-only affair. The Pikala bike initiative in Marrakesh seeks to change ... END_OF_DOCUMENT_TOKEN_TO_BE_REPLACED

The Sufi Trail is a long-distance hiking route from Istanbul to Konya that seeks to revive the ancient tracks used by foot pilgrims on their way to Mecca. Marian Brehmer spoke to ... END_OF_DOCUMENT_TOKEN_TO_BE_REPLACED

Iran is far more modern than many people realise: our view is clouded by media distortion and the overriding political narrative. The nation’s historic and cultural riches are ... END_OF_DOCUMENT_TOKEN_TO_BE_REPLACED
Date:
Mail:
Send via mail

END_OF_DOCUMENT_TOKEN_TO_BE_REPLACED
Social media
and networks
Subscribe to our
newsletter