Since the Islamic Revolution women in Iran have been obliged to follow a strict dress code. But an increasing number are refusing to obey the rules. Many young women are wearing clothes that are more colourful and revealing – and accepting the repressive consequences 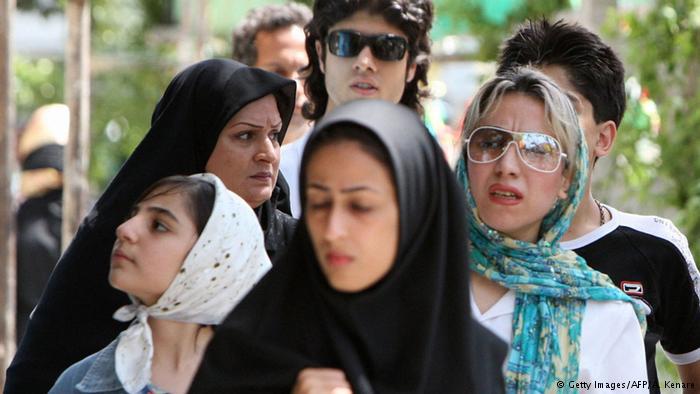 Silent resistance: more than 37 years of repression have not eroded the courage of these women. Many Iranian women interpret the dress code very freely. They may wear a veil and a coat, but with an individual twist 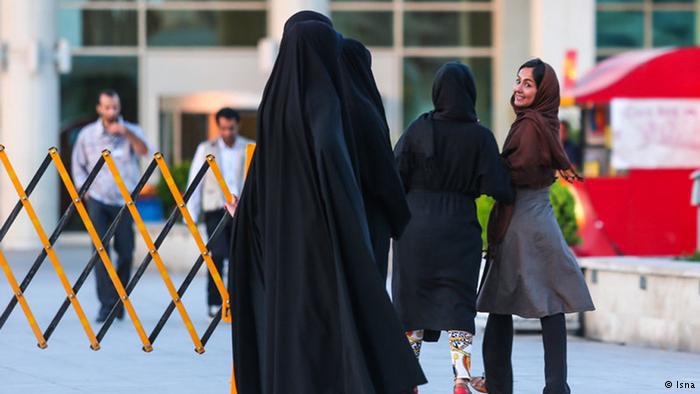 Not a hair: since 1979, Iranian rulers have urged women to dress "modestly". The dress code stipulates that women must completely cover their hair and wear long trousers and coats, preferably in dark colours 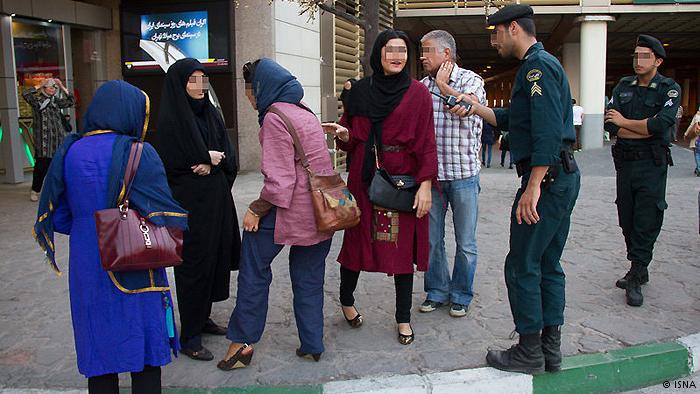 On-the-spot checks: bright colours and light, airy items of clothing are undesirable. Every year in high summer, there is an increased presence of morality police on the streets. Anyone flouting the rules is stopped. Long discussions often ensue over whether or not the rules have been broken 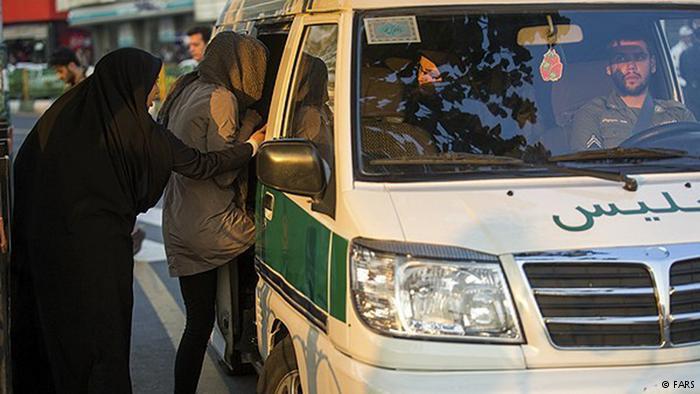 Tough consequences: anyone who fails to convince the morality police can expect a fine or even a spell in detention. Detained women must provide a written statement pledging that they will henceforth respect the clothing regulations. There have been instances where women in detention have had their clothes cut up, only to be sent home in a dirty black chador 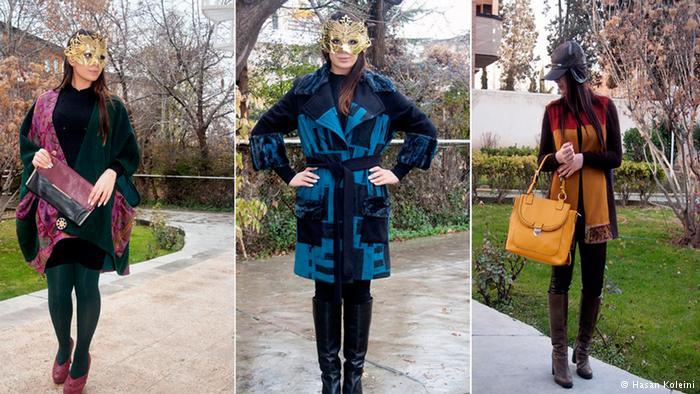 Brighter, tighter, shorter: many are not deterred by such punishments. Despite the threat posed by the morality police, an increasing number of young women are wearing clothes that are more close fitting, shorter and more brightly coloured. The new fashions are modelled in social media 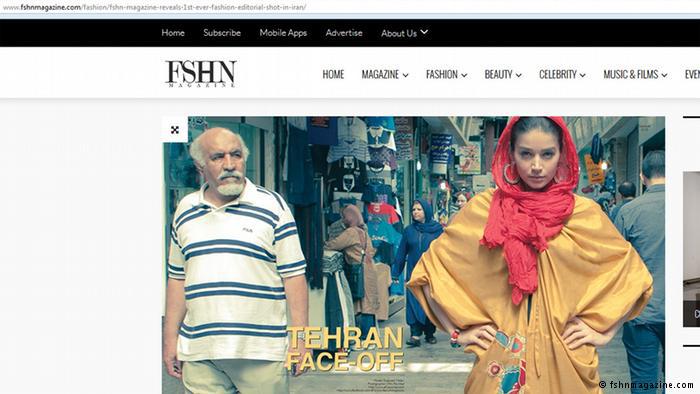 Fashion-conscious despite the repression: the Iranian model Shabnam Molavi even ended up on the cover of the US fashion magazine FSHN. She was arrested in May, accused of "spreading anti-Islamic culture". She was freed on bail several days later 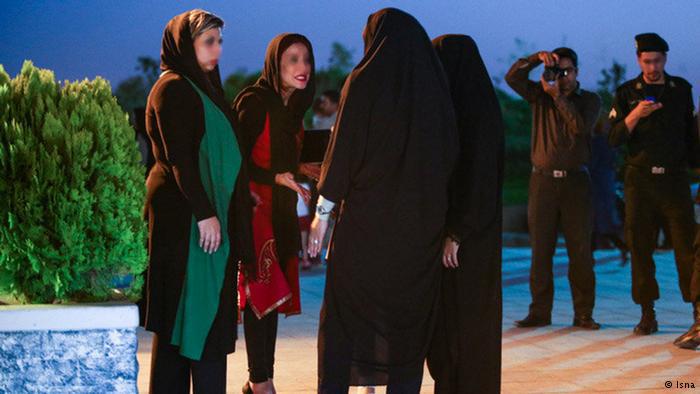 Compulsory veil, even under Rouhani: fashion sense is hard to prohibit. Strict hijab laws were supposed to be relaxed under the Rouhani government. Despite intensified patrols by the morality police, fashionable clothing is still being worn 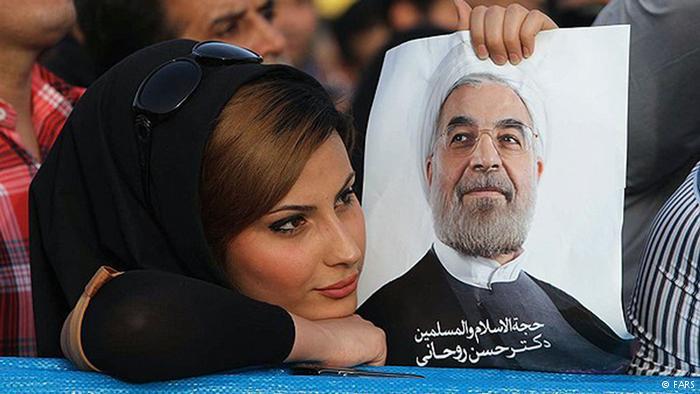 Hollow promise: in his 2012 election campaign President Hassan Rouhani pledged to end "the harassment on the streets". But he only controls some of the 20 organisations responsible for policing the country's dress code 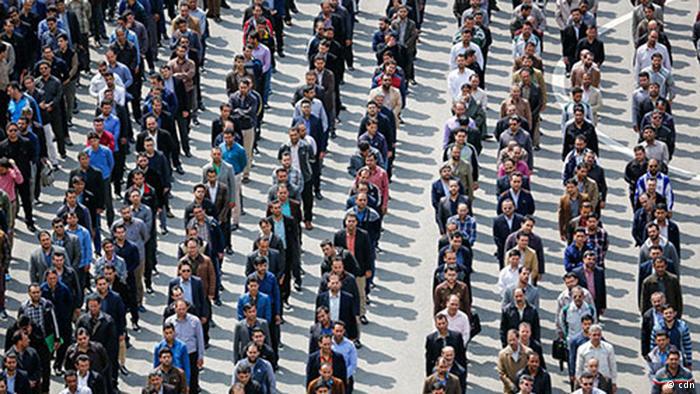 Secret morality police: at the same time, the regime is also stepping up its game – in April 2016, the Tehran police chief announced that some 7,000 women and men in civilian clothing would be starting patrols as "secret morality police" checking on women's attire 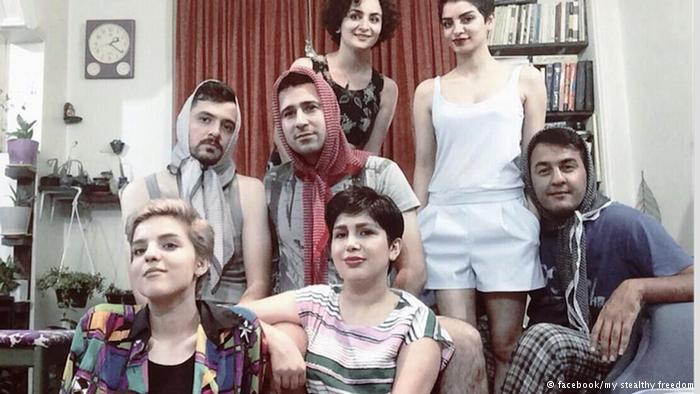 Online solidarity: in late July, Iranian men launched a social media campaign #meninhijab. They posted photos of themselves in veils on Facebook, Twitter and Instagram. A gesture of solidarity with women in their fight for an end to clothing regulations