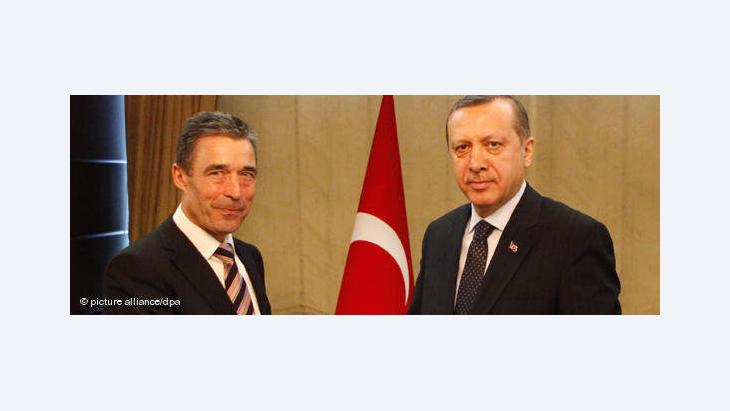 Political Change in the Middle East
The Reordering of the World

﻿No-one yet knows what the course and the outcome of the processes of change in the Arab world will be. That being said, it is becoming clear whose star is rising and whose is not. Above all, it seems likely that Turkey's political influence is set to increase. Volker Perthes analyses current developments

Although no-one can at present say how the processes of change in the Arab states or Iran will develop or what their outcome will be, it is already apparent how these events will influence the geopolitical distribution of weight in the region.

Egypt, for example, whose domestic stagnation was increasingly reflected in a loss of foreign policy influence, could at least partially win back its natural role in the Arab world: not necessarily that of an active or even hegemonic leader, but that of a trendsetter.

Under Abdel Nasser in the 1950s and 1960s, Egypt was a model for Arab military-backed autocracies. In the 1970s, it began a top-down-driven policy of economic liberalism and then became the first Arab state to forge peace with Israel. As the most densely populated state in the region, Egypt is also a weather vane for political and social debates in the Arab world.

A new, democratically legitimised leadership is likely to be welcomed with even more widely opened arms in Washington and the capitals of Europe than its predecessor was. However, it will also be more self-confident, not only in itself, but also in its dealings with Europe, the USA, and Israel. Although no relevant political force in Egypt will want to cancel the peace treaty with Israel, the country will no longer allow itself to be cast in the role of Israel's auxiliary police officer on the border between Egypt and the Gaza Strip. 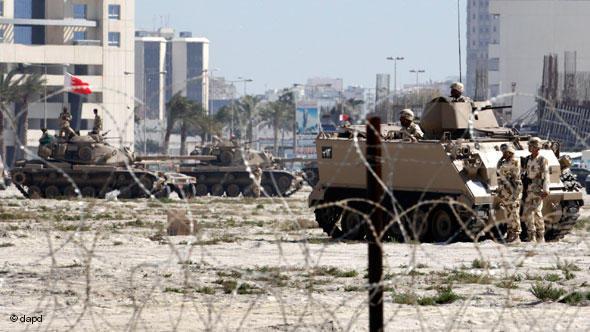 "The decision to send troops to Bahrain to support the country's minority government in the face of the protest movement has damaged the kingdom's reputation," says Volker Perthes of Saudi Arabia

Saudi Arabia, on the other hand, will in all likelihood loose its heavyweight status. Over the past ten years, Riyadh has played an increasingly significant role in regional politics, and not only because Cairo was no longer playing its traditional leading role. Significant factors in this regard were both the careful domestic reforms introduced by King Abdullah when he was still crown prince and his more active regional policy.

This policy included not least the peace initiative he succeeded in pushing through at the Arab Summit in 2002 and repeated efforts to bring about settlements in the inner-Palestinian or inner-Lebanese conflicts. The fact that Saudi Arabia was a privileged partner of the US, became the most important counterbalance to Iran in the Persian Gulf and is the only state in the Near and Middle East to be a member of the G-20 gave it even more weight.

How the kingdom positions itself with regard to the political changes taking place in the Arab world and who makes the decisions in Riyadh will be key. King Abdullah is elderly and ill and it seems as if decisions are being increasingly influenced by his much more conservative half-brother and interior minister, Prince Naif. Were Saudi Arabia to abandon Abdullah's reform agenda or even set itself up as the leader of a counter revolution, that would be the end of its regional legitimacy.

On the right side of history

The decision to send troops to Bahrain to support the country's minority government in the face of the protest movement has damaged the kingdom's reputation. What's more, the direct line between Riyadh and Washington has been dealt a blow: Abdullah was displeased with Obama for dropping Egyptian President Mubarak.

Shift in political influence: according to Perthes, Egypt's role will not necessarily be "that of an active or even hegemonic leader, but that of a trendsetter"

​​Saudi Arabia rejected American advice on how to deal with Bahrain and instead made it clear that democratic challenges in its own backyard would not be tolerated and that it was even willing to dupe the US defence secretary in the process. Although this clearly demonstrated the limits of America's influence, it is also likely to have damaged Riyadh's standing in Washington.

The nervousness of the Iranian regime

Contrary to its own propaganda, Iran is unlikely to be one of the winners. Although Tehran is trying to convince both itself and others that the Arab revolts are Islamic in nature, in doing so, however, it is overlooking the fact that even the protest movement in Bahrain – which is largely although not exclusively Shiite – is calling for democracy, dignity, and appropriate participation, not for an Islamic Republic. 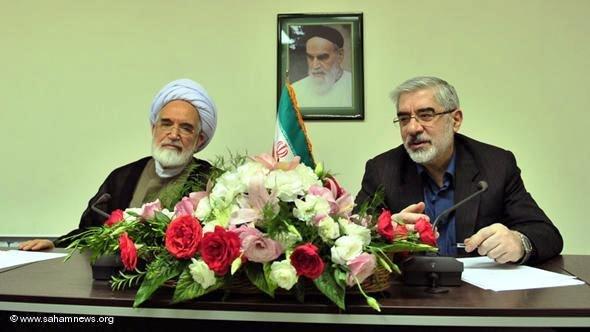 Will Iran be the next domino to fall? "The imprisonment of opposition leaders Mousavi and Karroubi made it crystal clear how nervous those at the top of the regime are," writes Volker Perthes

​​This illustrates a very characteristic problem within the Iranian leadership: it is not its denial of reality, but its ignorance of the realities of the world that often lead to peculiar interpretations of developments at international level, which somehow have to be made to fit into the regime's image of itself and the world. At the same time, the regime is aware of the challenge faced by its own system: the imprisonment of opposition leaders Mousavi and Karroubi made it crystal clear how nervous those at the top of the regime are.

A model in more ways than one

Above all, it is Turkey that is likely to experience an increase in its political influence in the region. With regard to the Arab revolutions, the leading figures in state and government positioned themselves well right from the start. They recognised at an early stage that the old regimes had had their day, called for reforms or even came down relatively openly on the side of the protest movements. 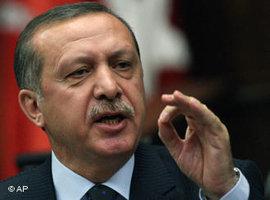 According to Perthes, the EU should consider "how it could make use of Turkey's 'soft power' in its own efforts to support the processes of transformation in the Arab world"

​​In view of the close bonds that existed between Erdogan's government and some of the old Arab regimes, one might consider this to be opportunism. However, what ultimately counts is to have positioned oneself on the right side of history at the right moment in time.

In recent years, Turkey had already tangibly extended its involvement in the Arab world, not least with a neighbourhood policy that – like its policy towards the EU – was built on trade, investment and visa facilitation for its Arab partner countries. Now, in addition to this, comes the fact that Turkey is something of a role model for many of the new political players in the Arab countries in two respects.

Firstly, the AKP (Erdogan's party) is proof of the fact that a party that originated in the Islamist sphere can indeed become a conservative, democratic people's party. It is no coincidence that the reformers within the political-Islamic spectrum in Egypt and other Arab countries are styling themselves on the AKP model, right down to their choice of name.

Secondly, for many, the Turkish state is a model of how to achieve a "soft landing", i.e. how an orderly transition can be made from a dictatorship to a democratic system.

The EU should not overlook this fact, but should instead consider how it could make use of Turkey's "soft power" in its own efforts to support the processes of transformation in the Arab world.

Volker Perthes is a respected expert on the Near East and head of the German Institute for International and Security Affairs (SWP) in Berlin.

Arab youth express their hopes and wishes for the New Year, spanning everything from civil and political rights, to education, to arts and culture. By Rafiah Al Talei END_OF_DOCUMENT_TOKEN_TO_BE_REPLACED

Life imprisonment for crimes against humanity: that was the sentence handed down to Anwar Raslan in the world's first trial of a member of the Syrian torture system. Matthias von ... END_OF_DOCUMENT_TOKEN_TO_BE_REPLACED

Moncef Marzouki was Tunisia's first democratically elected president after the fall of dictator Ben Ali. Today he is the most prominent critic of increasingly counter- ... END_OF_DOCUMENT_TOKEN_TO_BE_REPLACED

Historically Iraq's Yazidi community was isolated, under-resourced and very conservative. Seven years after the "Islamic State" tragedy, the community is more open to the world – ... END_OF_DOCUMENT_TOKEN_TO_BE_REPLACED

In this new bilingual edition, translated by Humphrey Davies, al-Jawbari, one of the thirteenth century's leading experts in skullduggery reveals all there is to know about the ... END_OF_DOCUMENT_TOKEN_TO_BE_REPLACED

Comments for this article: The Reordering of the World

Very impressive article with a lot of truth behind it; except it would have been nice if the writer would have pointed out the fact that the AK Party offers "soft dictatorship" in Turkey; when you look at control of media, lengthy imprisonment of those who haven't been charged with anything, limited rights to protest, imprisonment of writers, wire tapping, internet content restrictions. For a government set on change, unfortunately change is little in favour of democracy and greatly in favour of centralized control over every aspect of a citizen's life.

I agree with the person who wrote the previous comment: Too little has been said recently about the autocratic nature of the AKP government.

END_OF_DOCUMENT_TOKEN_TO_BE_REPLACED
Social media
and networks
Subscribe to our
newsletter