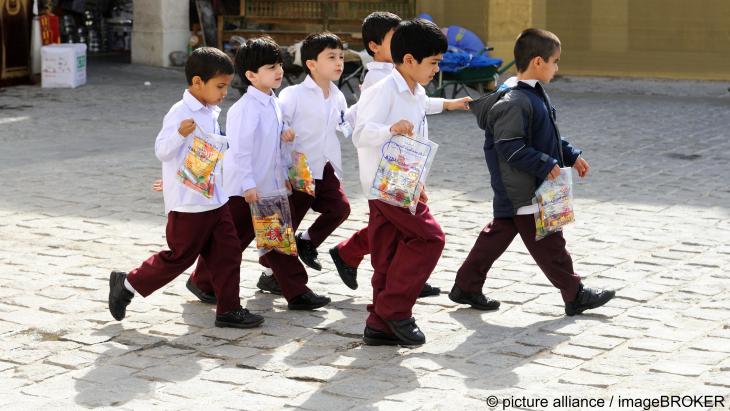 With World Cup 2022 around the corner, Qatar has embarked on a campaign to clean up its school system. Distracting from grievous shortcomings in other areas by highlighting a willingness to reform on "soft" issues remains a stubborn trend across the Islamic world. By James M. Dorsey

Qatar has begun cleansing its schoolbooks of supremacist, racist or derogatory references, as well as celebrations of violent jihad and martyrdom, according to a recently released study.

The revision of textbooks in the final year leading up to Qatar's hosting of the 2022 World Cup is designed to keep the Gulf state in the beauty pageant for the beacon of moderate Islam – Saudi Arabia, the United Arab Emirates and Indonesia being the country's major competitors.

The UAE and Saudi Arabia, in contrast to other competitors for religious soft power and leadership of the Muslim world, like Turkey and Iran, have already significantly revised their school textbooks, although analysts suggest that issues remain.

Recognition of Qatari efforts to clean up textbooks takes on added significance, with the World Cup shining a light on the country's problematic human rights record and migrant labour system. Critics admit that Qatar has made significant progress in improving the legal environment for workers, but charge that implementation is lagging.

The Institute for Monitoring Peace and Cultural Tolerance in School Education (Impact-se) concluded in an 85-page report that "substantial improvements have been registered in the new textbooks prepared for the first semester of the current academic year".

Impact-se is an Israeli NGO that focuses on textbook analysis to prevent the radicalisation of schoolchildren. Writing in the introduction, David A. Weinberg, the Washington Director of the Anti-Defamation League, cautioned that Qatar still has "a long way to go when it comes to removing hateful content and consistently teaching tolerance, and yet the improvements that have occurred over the last two academic years in Qatar are still a pleasant surprise". 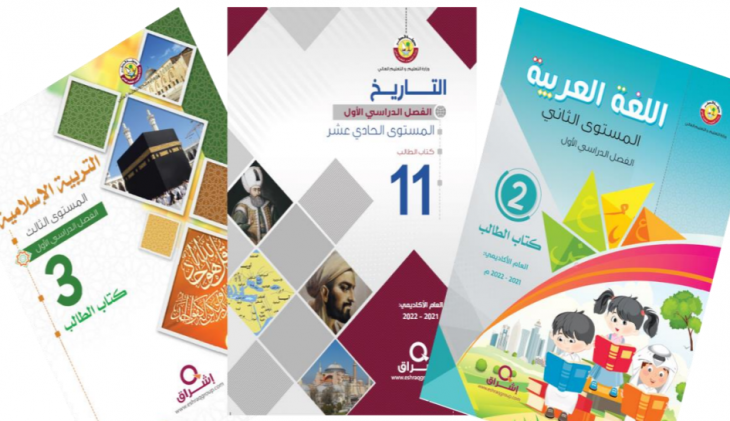 Qatar has begun cleansing its schoolbooks of supremacist, racist or derogatory references, as well as celebrations of violent jihad and martyrdom, according to a recently released study. Recognition of Qatari efforts to clean up textbooks takes on added significance, with the World Cup shining a light on the country's problematic human rights record and migrant labour system

Weinberg, whose writings focus on state-enabled anti-Semitic incitement in the Middle East, noted that the latest Qatari textbooks, in contrast to Kuwaiti and Egyptian materials that are still in use, no longer describe Jews as "treacherous".

Despite having an established track record in identifying trends and problematic content, Impact-se slips into tricky political territory by essentially equating in its Qatar report all anti-American and anti-Israeli texts with Middle Eastern supremacism and racism. Similarly, the report toes Israeli government policy by blurring the lines between anti-Semitism, anti-Zionism, and criticism of Israeli policy.

Notions of tolerance and equality

Nevertheless, the Qatar report is significant for reasons beyond the rivalry for religious soft power and leadership of the Muslim world.

The long-overdue overhaul of textbooks in Qatar, like elsewhere, sensitises populations to notions of tolerance and equality. It also helps eliminate stifling and repressive ultra-conservative social mores that complicate economic diversification and job creation and frustrate youth aspirations for greater control of their lives and more individual, less ritualistic experiences of religion.

Textbooks are one measure of the degree of a country’s religious tolerance. Pushing for regional organisations to set standards is another. The latter is where Middle Eastern religious soft power rivals falter.

With textbooks in countries like Turkey and Kuwait maintaining or even expanding supremacist, racist and intolerant content, none of the religious soft power contenders have sought to persuade regional organisations, like the Gulf Cooperation Council (GCC) that groups the six monarchies in the Gulf or the 57-nation Organization of Islamic Cooperation (OIC), to adopt resolutions that would advocate textbook review.

Those groupings have further failed to set the elimination of discriminatory, anti-Semitic, anti-pluralistic language and content in educational texts as a standard.

To be fair, the 2016 Marrakesh Declaration that affirmed the rights of minorities in Muslim-majority countries urged "Muslim educational institutions and authorities to conduct a courageous review of educational curricula that addresses honestly and effectively any material that instigates aggression and extremism, leads to war and chaos, and results in the destruction of our shared societies". 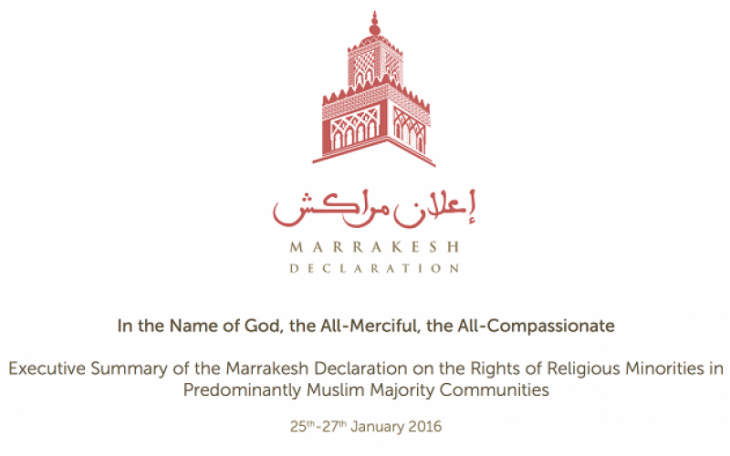 Regional standards based on the 2016 Marrakesh Declaration would go some way to ensuring states are held accountable for content deemed bigoted or racist. Yet the concept of freedom of religion remains anathema. "Religious freedom is not only about religious minorities’ collective rights, but also about the right of the individual to criticise religion, change religion or even leave religion," argue human rights scholars Marie Juul Petersen and Osama Arhb Moftah

Co-organised by Moroccan King Mohammed VI and Abdallah bin Bayyah, a UAE-backed Moroccan Islamic scholar, the conference was attended by hundreds of government official, religious figures, and academics whose names were not made public.

"Religious freedom is not only about religious minorities’ collective rights, as important as they may be, but is also about the right of the individual to criticise religion, change religion or even leave religion and these rights are not part of the Marrakesh Declaration," Petersen and Moftah said.

As a result, whatever pressure there is on Muslim-majority states to revise textbooks emanates from Western pressures, as well as requirements related to geopolitical objectives, competition for religious soft power and efforts to reform and diversify economies. That is what has driven changes in Qatari, Saudi and Emirati textbooks.

No regional standards mean a lack of accountability

Moreover, the lack of an enforcement mechanism and the failure of regional organisations like the GCC and the OIC to set standards has meant countries like Kuwait are not held accountable for racist and bigoted content in textbooks.

An eighth-grade Kuwaiti textbook on Islamic education explains that one of its objectives is to teach that "the enmity of the Jews towards Islam and the Muslims is old and deeply rooted" and that "stirring up strife, breaking pacts, and malice are among the inherent characteristics of the Jews".

The book advocates boycotting Jewish products. It warns that the hereafter will only come with "the victory of the Muslims over the Jews" when "the Muslims fight the Jews and kill them", including those "who hide behind rocks and trees".

Jews are not the only target of venom in Kuwaiti textbooks. So are Christians and Bahais. Echoing the persecution of Ahmadis in Pakistan, 'Islamic Issues', a twelfth-grade schoolbook, alleges that "the English government embraces this faith... taking officers from them for its secret intelligence service". The book features a picture of an Ahmadi hugging a Jew. The international headquarters of Ahmadis, a messianic movement founded in the 19th century, is in London. 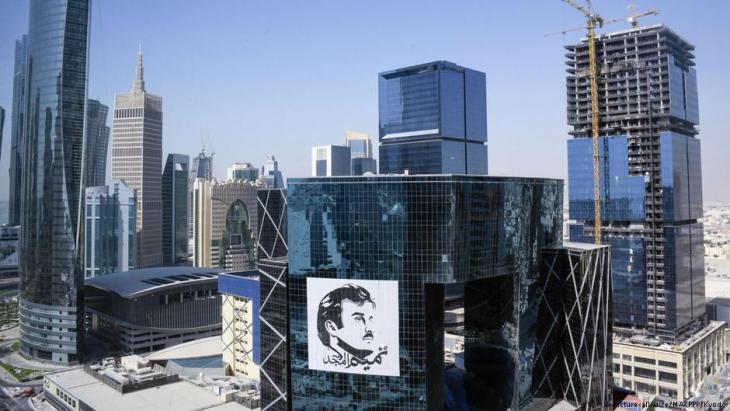 Lacking a higher motivation: ultimately, the initiatives by Muslim-majority states such as Qatar, Saudi Arabia and the UAE to revise their textbooks has been triggered by pressure from the West, as well as their own domestic agendas – geopolitical objectives, jockeying for religious soft power, not to mention economic reform and diversification

To be fair, the same book published a picture of Israeli Prime Minister Yitzhak Rabin shaking the hand of Palestine Liberation Organisation (PLO) leader Yasser Arafat on the lawn of the White House in 1993. It also references the Universal Declaration of Human Rights, pays lip service to religious freedom, and acknowledges that "people are equal in dignity and enjoy equal rights to protection under the law without discrimination".

The failure to set standards that would take Kuwaiti, Turkish and other textbooks to task constitutes a missed opportunity for Saudi Arabia, the UAE, and Qatar to bolster their claims to leadership and spearhead reform of religious education and jurisprudence.

Even if they set standards adopted by regional groupings, countries like Saudi Arabia, the UAE, and Qatar's notion of moderation would remain problematic. They interpret Islamic law as stipulating the duty to absolutely obey the ruler, which contrasts starkly with the concepts of religious tolerance that they put forward.

Political attitudes are formed in the classroom

When Ryan Bohl taught in an Emirati public school a decade ago, religion played a minor role compared to the notion of national identity and authority.

One of several Westerners hired by the UAE to replace Arab teachers suspected of being sympathetic to the Muslim Brotherhood, Bohl described Emirati classrooms as "following the autocratic method, very similar to the ruler and the ruled".

It is in the classrooms, Bohl said, "where those political attitudes get formed, reinforced, enforced in some cases if kids, like they do, decide to deviate outside the line. They understand what the consequences are long before they can become a political threat or an activist threat to the regime. It’s all about creating a chill effect".

Religion may play a more prominent role in Qatari and Saudi schools, but impregnating youth with the notion of obedience is similarly woven into the Emirati fabric of public education.

Comparing his experience teaching in an Emirati public school with instructing youth in a Qatari private school, Bohl noted that "Qataris can’t criticise their own, but they’re more willing to criticise their neighbours."

Dr. James M. Dorsey is an award-winning journalist and scholar, a senior fellow at the National University of Singapore’s Middle East Institute and author of the syndicated column and blog, The Turbulent World of Middle East Soccer.

Arab youth express their hopes and wishes for the New Year, spanning everything from civil and political rights, to education, to arts and culture. By Rafiah Al Talei END_OF_DOCUMENT_TOKEN_TO_BE_REPLACED

Moncef Marzouki was Tunisia's first democratically elected president after the fall of dictator Ben Ali. Today he is the most prominent critic of increasingly counter- ... END_OF_DOCUMENT_TOKEN_TO_BE_REPLACED

Asef Bayat, professor of Sociology at the University of Illinois, Urbana-Champaign, has been studying revolutions and how they affect people since 1979. In his recent book, " ... END_OF_DOCUMENT_TOKEN_TO_BE_REPLACED

The catastrophic human rights situation in Bahrain is being largely ignored by the rest of the world. Despite all the damning evidence, which includes a Human Rights Watch report ... END_OF_DOCUMENT_TOKEN_TO_BE_REPLACED

The city of Marib is the most important place of refuge in Yemen for those displaced in the country. But fighting between Houthi rebels and government troops is currently ... END_OF_DOCUMENT_TOKEN_TO_BE_REPLACED

Ankara is seeking to improve its relations with several states in the Middle East – such as the United Arab Emirates, Egypt and Israel. There are several reasons for this. ... END_OF_DOCUMENT_TOKEN_TO_BE_REPLACED
Date:
Mail:
Send via mail

END_OF_DOCUMENT_TOKEN_TO_BE_REPLACED
Social media
and networks
Subscribe to our
newsletter