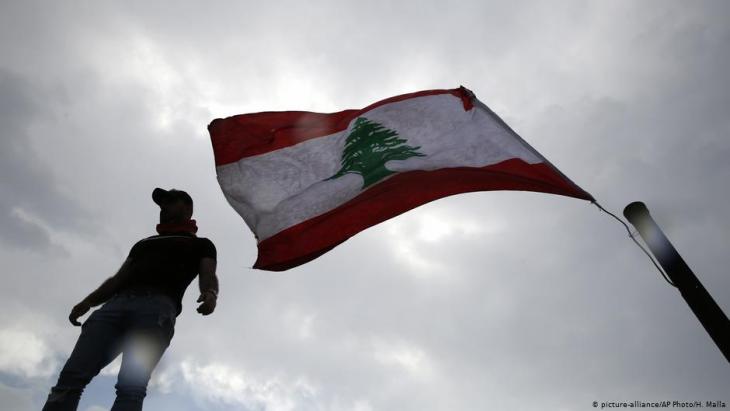 Time is running out for Saad Hariri

In Lebanon, protests continue against the government. Prime Minister Saad Hariri has already lost a coalition partner. His power appears to be eroding. Diana Hodali reports from Beirut

A festival atmosphere dominates demonstrations in Lebanon. There’s music playing everywhere, DJs play sets, volunteers distribute water and cake. It appears as though for the first time in a long while, what was a divided Lebanon is now united – united in its goal to topple the existing government.

There are no party flags, no banners in support of political or religious leaders: instead, all that’s visible at the rallies in the centre of the capital Beirut is a sea of national flags. People stand side-by-side singing the Lebanese national anthem.

"We’re here because we don’t want this government anymore. They’ve lined their pockets with our money, they’ve stolen from us," says Ran, a Masters student. "They don’t care about us. They don’t manage to do anything. That’ll also have an impact on my future. How am I supposed to find a job here, or start a family?" says the young woman.

Her view is shared by Sari, who is also still a student. He has wrapped himself in a flag and has been here on Martyrs’ Square in downtown Beirut every day since the protests began. "We need a perspective, not just for us, but also for future generations," he says. "I believe that a new government can give us hope. We don’t want the same thing to happen over and over again. All generations in this country have had the same bad experience. We need a completely new political approach, otherwise nothing will change," says the 22-year-old. 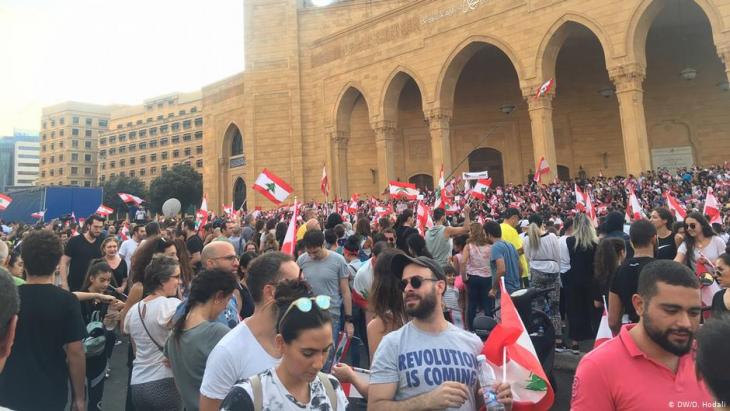 ʺThey stole from us": the protests were originally ignited by government plans to introduce new taxes despite the worsening economic crisis, including a daily fee for the use of text messaging applications such as WhatsApp. Meanwhile, demonstrators are demanding the government's resignation. They accuse the country's political leadership of corruption and decades of mismanagement

This protest was triggered by planned tax increases. These were to take the form, among other things, of a tax on WhatsApp messages. Although the government was quick to withdraw that particular decision, the rallies have continued. The demonstrators are venting their anger at the misuse of public funds and widespread corruption in Lebanon.

Student Sari says he is waiting expectantly for Prime Minister Hariri’s three-day deadline to run out. That’s due to expire this Monday.

Lebanon is groaning under the weight of debt and a fiscal crisis. In a speech on Friday, Hariri addressed the nation and pledged that the situation would improve. He also gave his political adversaries 72 hours to agree on solutions to the economic crisis and even indicated that a resignation may be on the cards. There may be support for the unity government of representatives of the entire political spectrum. But thus far, Prime Minister Hariri has not succeeded in gaining control of what official sources say is a debt burden of 86 billion dollars. 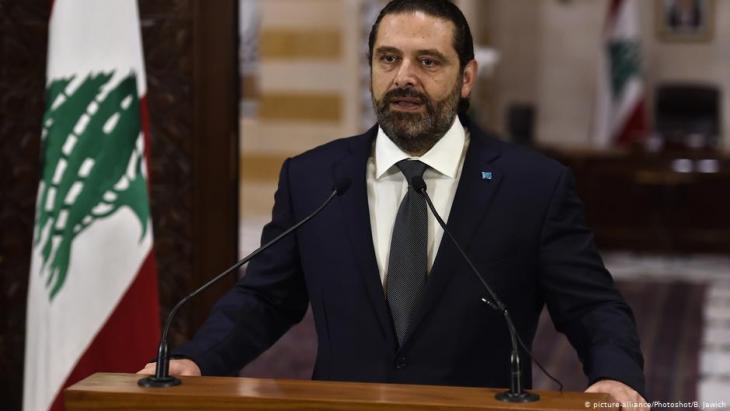 Massive credibility problem: on Sunday thousands of people in Beirut and other Lebanese cities took part in protest rallies against Prime Minister Saad Hariri's government. In the process, calls for a "revolution" were made, among other things, in the style of the Arab Spring. Banks, universities and schools remained closed on Monday. The protests were triggered by a government plan to impose a new tax on calls made via online services such as Whatsapp. The government quickly withdrew the plan, but protests have continued

Nevertheless, the coalition is showing cracks. Samir Geagea, head of the Christian "Lebanese Forces" party, pulled his four ministers out of government on Saturday. The reason given was that the coalition is not in a position to solve the problems facing the nation.

There was much jubilation that evening following the stand-down of "Lebanese Forces" ministers. "Four out of 30, leaving just 26 ministers for us to get rid of," read one Twitter post immediately after Geagea’s announcement.

"We want to live in freedom, dignity and security. That is our right, this country belongs to all of us," says a 58-year-old demonstrator who wants to remain anonymous. She knows that even a new government won’t get everything right. "But they should know that we won’t just put up with it anymore. No government can ever get away with that again, not with us," she says.

The clock is ticking for Saad Hariri.

Home
Print
Newsletter
More on this topic
Lebanon's Hariri agrees reforms amid nationwide protests over economic crisis Social inequality in the Arab world: There is no state in LebanonLebanonʹs rubbish crisis and youth protests: "If not us, then who?"
Related Topics
Democracy and civil society, Economy, Hezbollah, New media in the Muslim world, Saad Hariri, Social movements
All Topics

A childhood and youth in Beirut, a life lived between Lebanon, Switzerland and Germany, and a unique voice in Arabic-language literature: "Beirut für wilde Mädchen" sees Lebanese ... END_OF_DOCUMENT_TOKEN_TO_BE_REPLACED

Surging coronavirus cases in many parts of the world have overshadowed the start of this year's Muslim holy month of Ramadan, with festivities once again curtailed by contagion ... END_OF_DOCUMENT_TOKEN_TO_BE_REPLACED

German Middle East analyst Guido Steinberg and television journalist Ulrich Tilgner have both published new books on the conflicts in the Middle East. Their analyses and their ... END_OF_DOCUMENT_TOKEN_TO_BE_REPLACED

The famous temples of Baalbek, the ancient Heliopolis in Lebanon, are one of the largest Roman religious sites in the world and a World Heritage Site. The app "Baalbek Reborn: ... END_OF_DOCUMENT_TOKEN_TO_BE_REPLACED

The Syrian war has moved through many phases and included a number of changing actors. But one aspect has remained constant throughout: the Assad regime is using the conflict to ... END_OF_DOCUMENT_TOKEN_TO_BE_REPLACED

For years the Arab intellectual elite looked to Lebanon, coveting its atmosphere of freedom. Feigning the non-existence of repression, Beirut welcomed intellectuals from across ... END_OF_DOCUMENT_TOKEN_TO_BE_REPLACED
Author:
Diana Hodali
Date:
Mail:
Send via mail

END_OF_DOCUMENT_TOKEN_TO_BE_REPLACED
Social media
and networks
Subscribe to our
newsletter