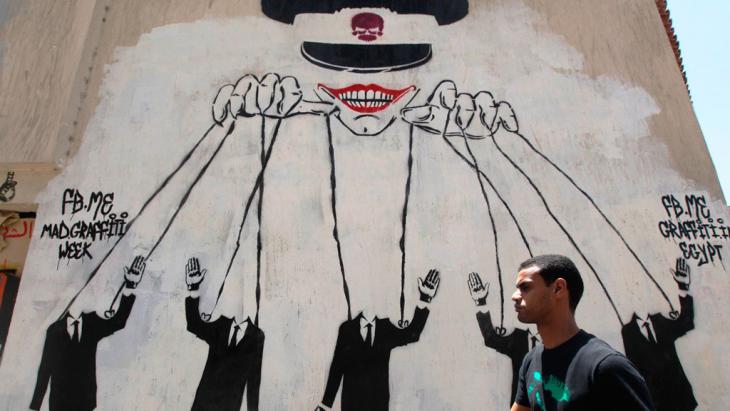 The author and political analyst Majed Kayali criticises Arab intellectuals for defaming democracy, which, despite everything, is still in his opinion the most effective system of government and society humanity has thus far devised

The counter-offensive against the revolts widely referred to as the "Arab Spring" is not limited to attempts to stall the process, steer it off course, deprive it of its content, or even transform it into devastating sectarian civil wars – as witnessed in Syria, Yemen and Iraq. Instead, it has become a general attack on the legitimate and idealistic goals of the uprisings.

The defamation of democracy – and hence its devaluation – has become the daily bread of many Arab intellectuals, no matter whether they nurture leftist, nationalist or liberal leanings. It is remarkable how these intellectuals – rather than putting up a strong front against all those forces that have ruthlessly and by every imaginable means declared war on the Arab Spring – castigate the protest movements instead, blaming them for the intervening developments. It is as if it were a law of nature for the people in these societies to allow themselves to be disenfranchised and humiliated, willingly waiving all of their civil rights.

Such intellectuals openly express satisfaction, if not elation, at the demise of these movements, in the process adopting the same slogans as the regimes: instead of "freedom" and "democracy", they now invoke "security" and "stability". They thus petition for the same "political, social and economic stability" that the dictatorships like to play as their trump card, openly and through the clandestine deployment of their propaganda machines.

The commendable role played by the Arab Spring in liberating people from the yoke of tyranny and insisting on the right of ALL Arab citizens to freedom, democracy and justice – all of that matters little to these intellectuals. The main thing is to make sure that their own worldview prevails. According to their interpretation, the regimes can at least be said to be anti-Western, anti-imperialist and anti-Zionist. Who cares if they merely pay lip service to this oppositional stance in order to conceal their lust for power?

This type of intellectual even ventures to posit that Arab societies are simply not ready for freedom and democracy. As evidence, they point to election results, resorting to the same time-worn phrases oppressive and corrupt regimes have always used to justify a lack of freedom and democracy. The very same perspective is given currency by the imperialist faction, without anyone stopping to ask who it is who is actually responsible for such weak democratic competencies. 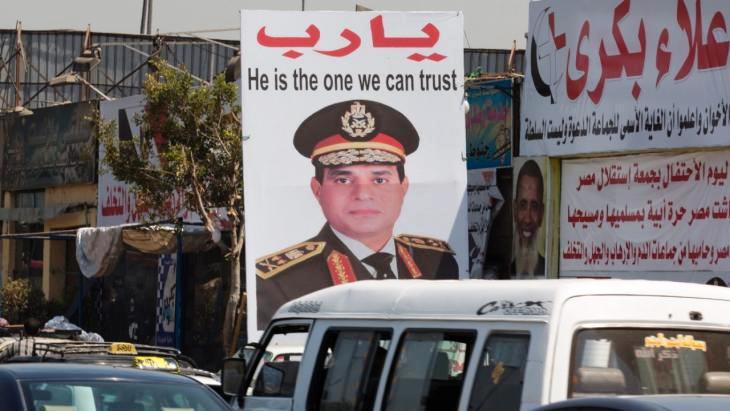 The one to trust: ″it is striking how those very Arab intellectuals who purport to be anti-democratic have only the perpetuation of the status quo to offer as an alternative, meaning the cementing of corrupt and repressive regimes of every kind. By insinuating that certain societies are not ready for freedom and democracy, they unquestioningly grant the current regimes carte blanche to continue to treat their subjects as before,″ writes Kayali

Who could possibly be responsible if not the Arab dictatorships that for half a century have held dominion over those societies, wielding power over all organs of state control and propaganda such as the media, schools and universities? How long are we supposed to wait until our societies are "ripe" for civil liberties and democratic practices?

And how should they ever be ready for democracy when their regimes trample civic rights underfoot, when they deny basic freedoms, ensure that politics are off limits to ordinary citizens and reduce democracy to the holding of elections (which then only serve to give the current political system the nod)? And finally: who is responsible for the usurpation of the state by the ruling caste and ensuring that our societies are still rooted in tribal, sectarian and ethnic structures?

In their opinion, the victims are themselves at fault for their lot, for all the arbitrariness, tyranny and deprivation of personal liberty that their regime's policies impose on them. This explains the unconscionable silence of these intellectuals in the face of all the murder and destruction in Syria. The Syrians supposedly have only themselves to blame for the barrel bombs raining down on them and for the fact that they are dying by the thousands from hunger and torture. If only they had opted for the side of "anti-imperialist resistance" back then! 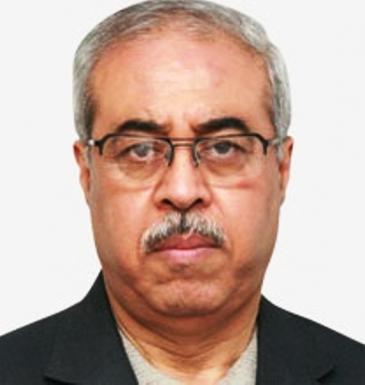 Majed Kayali is a prominent Syrian writer and political scientist. He writes for a number of Arab newspapers and has published numerous studies on contemporary political thinking in the Arab world.

And yet, democracy in its various manifestations is not a panacea. The "ideal republic" has yet to be invented. No one will deny that the practical application of the concept of democracy to the reality of the respective country will lead to a host of problems. This is because democracy is not merely an ideology, as some would like to believe, but an approach to organising governance, to regulating the relationship between governments and societies and to managing conflicts. As such, it is subject to the terms of the respective social situation and the respective level of political, cultural, legal, social and economic development.

Democracy in the absence of freedom and civic courage cannot work. Liberal democracies have already faced up to this dilemma and have enshrined the values of freedom, the rule of law and equal opportunity in their constitutions. These values apply to all citizens regardless of their position in society.

Nor is the relationship between equality and freedom without its problems. Forced egalitarianism will hardly serve to increase justice, but neither will the absence of any equality. There are a wide range of possible solutions: expanding the welfare state, investing more in education, higher incomes, better health care – for everyone.

Despite all of these challenges and many more, democracy still remains the most effective system of government and society that humanity has thus far devised for regulating relations between citizens.

It is striking how those very Arab intellectuals who purport to be anti-democratic have only the perpetuation of the status quo to offer as an alternative, meaning the cementing of corrupt and repressive regimes of every kind. By insinuating that certain societies are not ready for freedom and democracy, they unquestioningly grant the current regimes carte blanche to continue to treat their subjects as before.

They are acting as though we had an excess of freedom and democracy, a surplus of civil protest movements. In fact, however, the Arab Spring was the first civilian uprising in the history of the region. Such an attitude therefore testifies to a complete relinquishment of reason, indeed to a conscious suppression of conscience and a distortion of the facts.

They’ve already got the Louvre; they’ll soon have a Guggenheim Museum as well – and now the Emirates have added literature to their quest for cultural supremacy in the Arab world ... END_OF_DOCUMENT_TOKEN_TO_BE_REPLACED

Years in the making, Sisi's elite New Administrative Capital will isolate most Egyptians from their centres of government in an effort to fortify the regime against any social ... END_OF_DOCUMENT_TOKEN_TO_BE_REPLACED

Professor Timothy Brennan's "Places of Mind: A Life of Edward Said" is a detailed biography of one of the most important intellectuals of the twentieth century, taking us on a ... END_OF_DOCUMENT_TOKEN_TO_BE_REPLACED

China has long portrayed itself as a strong supporter of the Palestinian cause. It has also claimed that in sharp contrast to the stance of the USA, its position is based on ... END_OF_DOCUMENT_TOKEN_TO_BE_REPLACED

Recep Tayyip Erdogan, disappointed by the European Union’s reluctance to integrate Turkey into its ranks, has re-directed his country’s diplomacy toward the Maghreb and Africa to ... END_OF_DOCUMENT_TOKEN_TO_BE_REPLACED

END_OF_DOCUMENT_TOKEN_TO_BE_REPLACED
Social media
and networks
Subscribe to our
newsletter