Nevertheless, it must be noted that the tension between the universal values of democracy and the typical character of Arab culture is the key issue dominating the present-day Arab democracy discourse.

Democracy – a value in itself?

The pan-Arab visionary Ziad Hafez reflects on these tensions in his "Texts on the Arab modernisation project" (Centre for Arab Unity Studies, 2016): "Who says that democracy is a universal value in itself? Why should we accept the conditions of modern Western influence? Why should we assume that Western values and principles are better than our own?"

Hafez ultimately pleads for fundamentally calling the concept of democracy into question and for conceiving an Arab system of government that does justice to the realities and the cultural heritage of the Arab countries. Furthermore, an Arab value system must be created, based on the values and principles of the Arab cultural heritage, which would then take precedence over the Western system. 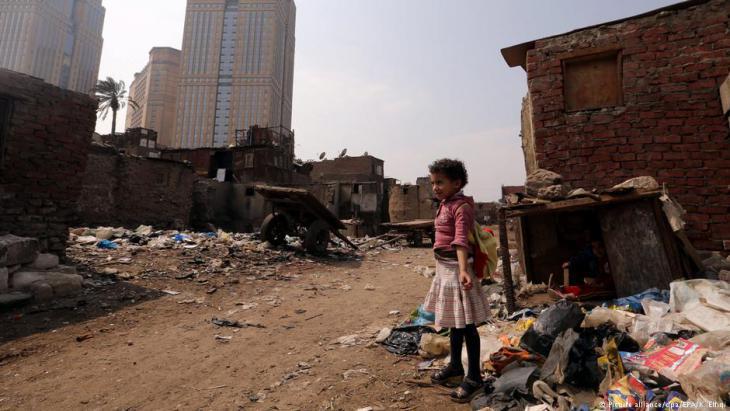 In addition to this conflict between democracy and freedom, the relationship of democracy to social justice is fraught and can even weigh heavier in certain circumstances. The important question to consider here is whether democracy really leads to equal opportunities for all. And whether the claim to equality that is propagated implies a just distribution of public goods

In the leading journal "The Arab Future" (October 2016), Saeed Al-Mallah writes that the existence of a global culture is a Western invention that contradicts the specific characteristics of the different peoples. We must stop linking democracy only to the Western system of values, he says, as secularism, rationalism and individuality are not of equal value to all people.

Democracy as an instrument to prevent monopolies

In Al-Mallah's view, democracy doesn't have to be bound to liberalism; it can simply be used as a tool to regulate the transfer of power, without aspiring to changing societies. In this way it becomes an instrument for power distribution, designed to prevent the formation of monopolies. Thus, every nation can conceive a democratic instrument aligned with its own specific history and cultural traditions.

Conclusions such as these undoubtedly try to ignore the achievements of modern democracies. And it is these very achievements, says Algerian reform thinker Mohammed Arkoun, that first allowed people to be seen as individuals and then as citizens. Citizens who are bound to the modern state through a social and legal contract. Nor should we forget that it was modern democracy that abolished slavery and established the concept of citizenship in the first place.

As much as we try to build on the valuable achievements of our own cultural heritage, it would be mistaken to believe that the modern ideas of a democratic constitutional state will find strong support in this legacy.

In the face of all these uncertainties and questions, which make the current Arab democratic discourse so complex, it is in my opinion vital to refrain from all such considerations and to focus instead on a comprehensive critique. A profound critique that penetrates down to the roots and brings about a new, affirmative attitude toward democracy. Therein lies perhaps the chance for Arab societies to break out of this current devastating cycle of violence.

Karam Hilo is a Lebanese writer and well-known journalist.

Hosting major sports tournaments can confer prestige on a country, but in the case of Egypt, the 2021 Handball World Championship will do little to repair relations with either ... END_OF_DOCUMENT_TOKEN_TO_BE_REPLACED

As the photo of Fairouz talking to French President Emmanuel Macron spread around the world, many asked if Arabs today had any contemporary stars of Fairouz's standing. In this ... END_OF_DOCUMENT_TOKEN_TO_BE_REPLACED

Saudi Arabia and its allies have agreed to set aside their differences with Qatar at a summit meeting of the Gulf Cooperation Council. The restoration of diplomatic relations ... END_OF_DOCUMENT_TOKEN_TO_BE_REPLACED

Many in the West equate Middle Eastern music with the folklore of "A Thousand and One Nights". Tayfun Guttstadt demonstrates just how erroneous this is END_OF_DOCUMENT_TOKEN_TO_BE_REPLACED

Ten years after the start of the Arabellion in North Africa and the Middle East, many view the movement as a failure. But rather than being over, it has now entered a more mature ... END_OF_DOCUMENT_TOKEN_TO_BE_REPLACED

END_OF_DOCUMENT_TOKEN_TO_BE_REPLACED
Social media
and networks
Subscribe to our
newsletter