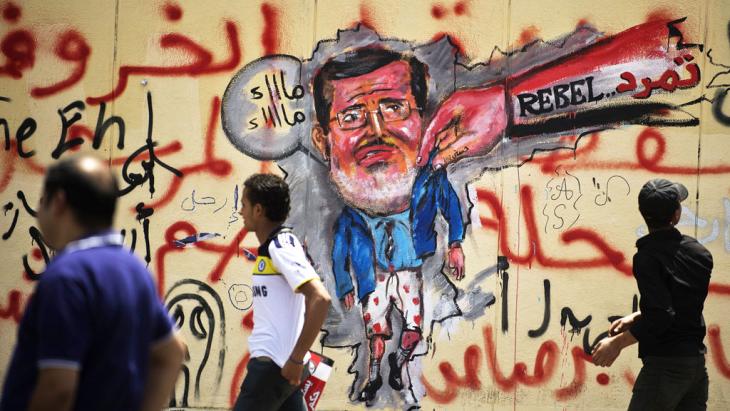 The Loss of Democratic Legitimacy

This year, Islamist politics has faced massive setbacks in two major predominantly Muslim countries: Egypt and Turkey. But it is too soon to write political Islam off as a capable participant – even a leading force – in a pluralist democracy. An essay by Timur Kuran

Just one year after the Muslim Brotherhood's Mohamed Morsi became Egypt's first elected president, millions of Egyptians took to the street, triggering the military coup that ousted him. Morsi's political incompetence and lack of vision in the face of economic collapse would have been enough to diminish support for his government. But his rejection of pluralism and pursuit of an Islamic dictatorship, exemplified by his efforts to centralize power in the hands of the Brothers and place himself beyond the review of Egypt's judiciary, proved to be his undoing.

Similarly, Turkey's Prime Minister Recep Tayyip Erdoğan, of the Justice and Development Party (AKP), has taken to governing in a way that is unraveling a decade of progress, one marked by economic dynamism, rapid growth, and the subordination of the armed forces to civilian control.

The Erdoğan government's recent brutal crackdown on popular protests against planned construction in Istanbul's Taksim Gezi Park made Turkey look like a one-party dictatorship. To make things worse, Erdoğan then spent weeks subverting pluralism through polarizing speeches that stigmatized Turks who do not share his social conservatism or subscribe to his particular interpretation of Islam. 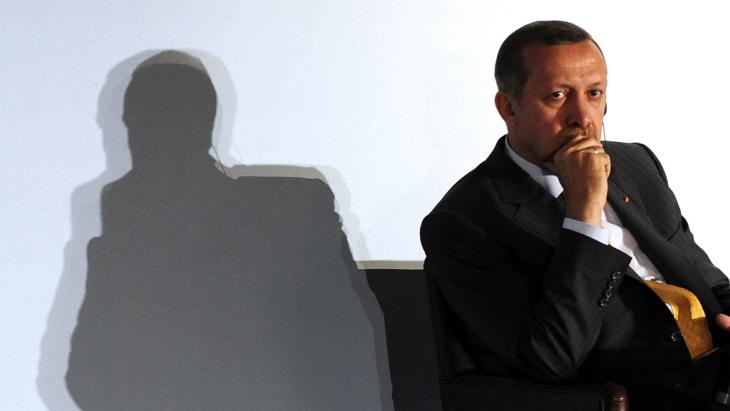 Lessons from history: "To keep it from losing its way again, the AKP must also address the root cause of Erdoğan's metamorphosis into an intolerant autocrat," Timur Kuran writes

Given that Egypt and Turkey are two of the three most populous countries of Islam's historic core (the third is theocratic Iran), one might infer that their ongoing difficulties have destroyed any prospect of reconciling political Islam with pluralist democracy. But the two countries' situations include fundamental differences, as do political Islam's prospects for renewal.

In Egypt, the economic challenges are so dire, and traditions of consensual governance so shallow, that it may be impossible for any party to rule democratically in the foreseeable future, let alone the Muslim Brotherhood, which would have to reinvent itself completely. And non-Islamists are even less likely to trust the hardline Salafist Nour Party – the Islamist party that participated in Morsi's ouster – to uphold democratic principles.

An AKP without Erdoğan?

In contrast, Turkey's AKP still stands a chance of re-legitimizing itself in the eyes of offended constituencies, because its retreat from pluralism is strongly identified with Erdoğan himself. In fact, some AKP heavyweights, including Erdoğan's longtime associate, President Abdullah Gül, believe that he badly mismanaged the recent protests.

By replacing Erdoğan as party leader, the AKP could dissociate itself from his Islamization campaign and rehabilitate its potential as a democratic political force. Many AKP constituencies are wary of cultural conflict, if only because it threatens their economic interests. Hence, such a move would probably be enough to restore much of the AKP's lost support and to calm opponents who fear that their personal freedoms will continue to erode under its governance.

An opportunity to replace Erdoğan will arise next year, when Gül's term expires. Erdoğan wants to deny Gül a second term, taking his place under an amended constitution that would transfer full executive authority to the president. By denying his wish, AKP parliamentarians would weaken Erdoğan's standing, possibly enabling the party to push him aside.

If this proves insufficient to drive Erdoğan from power, the arrival of his self-imposed prime ministerial term limit in 2015 will allow the AKP Executive Council to force him to retire simply by holding him to his word. With the AKP having demonstrated its disapproval of Erdoğan's undemocratic behavior, its new leadership could begin to rebuild its legitimacy as a party that respects minority rights.

Metamorphosis into an intolerant autocrat

To keep it from losing its way again, the AKP must also address the root cause of Erdoğan's metamorphosis into an intolerant autocrat. Early in Erdoğan's premiership, he was restrained by the president, the judiciary, and the military, which were all committed to upholding the secularism enshrined in Turkey's constitution. As recently as 2008, Turkey's highest court considered shutting down the AKP for violating that principle. 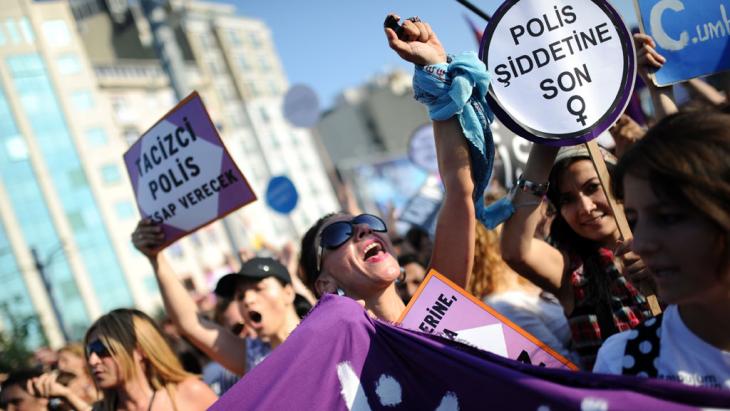 Nationwide outpourings of anger: The Gezi Park protests saw some 2.5 million people taking to the streets in dozens of cities across the country in the most serious challenge to Erdogan's rule since the AKP took office in 2002

But changes in the judiciary's composition, Gül's 2008 accession to the presidency, and a 2010 constitutional amendment allowing military officials to be tried in civilian courts contributed to the gradual loosening of restrictions on Erdoğan's authority. More than 400 generals have been imprisoned for allegedly plotting coups, in many cases on the basis of patently fabricated evidence. Erdoğan has also misused the legal system to stifle the media and repress citizens' freedom of expression.

Clearly, Turkey's political institutions lack adequate safeguards. They have allowed an enormous concentration of power in the hands of one person and the parliamentary majority that he leads. Turkish policymakers must now guarantee the judiciary's autonomy and political impartiality restore freedom of expression for all citizens, and establish a system of checks and balances to replace the military as the guardian of secularism.

Pursuing the latter objective would require the AKP to relinquish some power voluntarily. It might sell the requisite constitutional reforms to its conservative base by conveying that, in the long run, Islamists have as much to gain from effective political checks and balances as do the targets of Erdoğan's social engineering. After all, as Morsi's overthrow demonstrated, public opinion can quickly turn against a ruling party, especially in an economic crisis.

Egypt's recent experience offers a glimpse into Turkey's potential future should it fail to establish effective political safeguards. Morsi was able to rule without restraint, trampling freely on citizens' fundamental rights, because the military regime that assumed control after Hosni Mubarak's 2011 ouster scheduled presidential elections before a constitution was adopted. The only way the Muslim Brotherhood can hope to regain broad acceptance as a legitimate democratic player is with a constitution that includes credible mechanisms for guaranteeing pluralism and due process.

Political Islam has reached a critical juncture on the road toward democratic legitimacy. Its continued progress will depend on the commitment of two of its leading promoters – Turkey's AKP and Egypt's Muslim Brotherhood – to design and implement political systems that safeguard the basic democratic principles of pluralism, freedom, and the rule of law.

Timur Kuran is Professor of Economics and Political Science at Duke University and the author of The Long Divergence: How Islamic Law Held Back the Middle East.

Home
Print
Newsletter
More on this topic
Egypt's Revolution at the Crossroads: A Battle That No One Can Win?Protests in Turkey: Erdogan Braces Himself for a ''Civilian Coup''Gezi Protests in Turkey: A Libertarian and Unifying Movement
Related Topics
Arab Spring, Arabellion, Islamism | Political Islam, Justice and Development party (Turkey), Muslim Brotherhood, Recep Tayyip Erdogan
All Topics

Initial statements by the Biden administration indicate it will follow a carrot and stick policy towards Turkey. Ankara believes its role in negotiations on various issues could ... END_OF_DOCUMENT_TOKEN_TO_BE_REPLACED

Did the Saudi state plan the assassination of Jamal Khashoggi? Was Khashoggi so much of a threat to the Saudi regime that it was prepared to commit a terrible crime to get rid of ... END_OF_DOCUMENT_TOKEN_TO_BE_REPLACED

For years, singer Aynur Dogan has preserved and expanded the possibilities of traditional Kurdish music, lending a voice to her people. She has just released her seventh studio ... END_OF_DOCUMENT_TOKEN_TO_BE_REPLACED

Relations between Ankara and Paris have reached a new low, with presidential communications contributing to the escalation. To describe recent bilateral exchanges as undiplomatic ... END_OF_DOCUMENT_TOKEN_TO_BE_REPLACED

Just like the rest of the world, the Arab region and Arabic-language media have been watching spellbound over the last few days as U.S. President Donald Trump was voted out of ... END_OF_DOCUMENT_TOKEN_TO_BE_REPLACED

M’hamed Oualdi presents the story of a manumitted-slave-turned-dignitary in the Ottoman province of Tunis and the posthumous conflicts over his estate as a case study to ... END_OF_DOCUMENT_TOKEN_TO_BE_REPLACED
Author:
Timur Kuran
Date:
Mail:
Send via mail

END_OF_DOCUMENT_TOKEN_TO_BE_REPLACED
Social media
and networks
Subscribe to our
newsletter