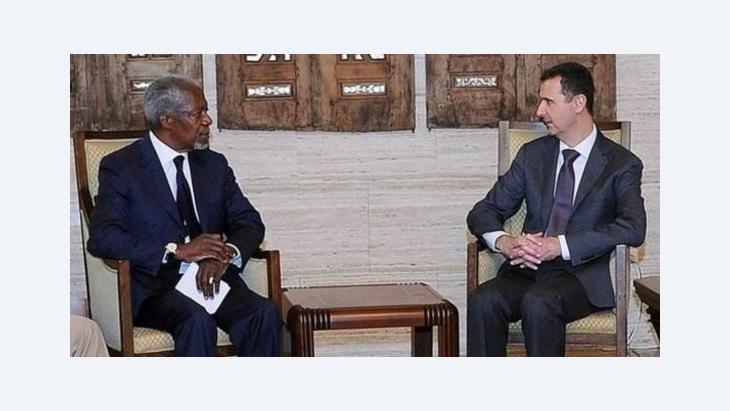 Political Perspectives after the Massacre in Syria
Time for Plan B

﻿The Houla massacre signals the definitive failure of the peace accord drawn up by Kofi Annan, the joint UN and Arab League special envoy to Syria. Now, the only alternative is a peace mission to Syria agreed by all five veto powers on the UN Security Council. Commentary by Andreas Zumach

This failure is not due to the personal actions of the former UN Secretary General. He has tried everything. It is the UN Security Council that has failed, in particular its five permanent veto-holding members the US, China, Russia, France and Britain.

When the council adopted the peace plan early in April, there was widespread scepticism as to whether just 300 unarmed UN observers would be sufficient, in a country the size of Syria, to monitor the observance of a ceasefire, the withdrawal of all of the army's heavy weaponry from residential areas, the release of political prisoners as well as freedom of speech and assembly.

And it was evident from the outset that it would be impossible for 300 unarmed UN peacekeepers to enforce these agreements against the armed resistance of one or even both parties in the conflict.

Assad's government did agree to Annan's peace plan, but only adhered to point one – the ceasefire. And it only did that for one-and-a-half days, on 12 and 13 April. 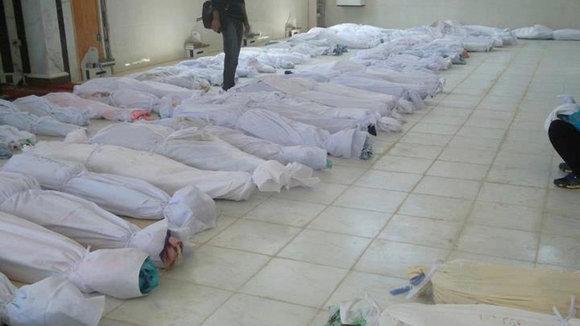 The horror of the war against Syrian civilians: The Houla massacre was the single most bloody atrocity committed since the start of protests against the Assad regime almost 15 months ago. The attack last Friday, which prompted international outcry, killed more than 110 people, a third of them children

​​Since then, government forces and Shabiha militia loyal to the regime have continued to wage war, not only against armed opposition forces, but also against the civilian population. The Houla massacre, which left at least 108 people dead and several hundred injured, was merely the tragic zenith of this war to date.

In the early hours of Monday, the UN Security Council unanimously ascertained, by determining the use of heavy weapons against civilian residential areas, that Syrian government forces were at least mainly responsible for the massacre.

Further investigations by UN observers have in the meantime established that in addition to the use of tank and artillery fire in Houla, mass executions were also carried out by Shabiha militia. This serves as the final proof that the Assad regime has no intention of observing the conditions of the peace plan, making it chiefly responsible for its failure.

This still applies even if concluding investigations establish that armed opposition forces were also involved in the killing and injuring of civilians in Houla. But even if this can be categorically ruled out, even before the Houla massacre it was clear that obligations set out in Annan's peace plan for opposition leaders are being increasingly sabotaged by armed opposition groups.

They could have any number of motives, perhaps to provoke a NATO combat intervention against the Assad regime, or perhaps their actions are driven by internal conflicts. 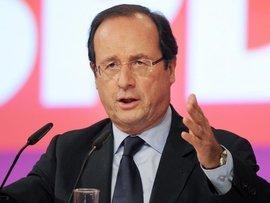 Time for action: In response to the Houla massacre, French President François Hollande said armed intervention cannot be ruled out, provided it observes international law and is carried out with the authorization of the UN Security Council

​​Whatever the final clarification of responsibility for the dead and wounded of Houla reveals, this is now the last chance to prevent the occurrence of two scenarios that would be the worst possible outcome for the people: a protracted nationwide civil war perhaps resulting in hundreds of thousands of deaths and the bloody escalation of strife between various ethnic and religious groups; or a military intervention by NATO, such as that conducted in Libya, which may have led to the toppling of the regime, but also claimed the lives of at least 50,000 people.

In both cases the outcome would be the disintegration of the state unity of Syria. This would in turn have a major destabilising effect on Syria's direct neighbours Turkey, Iraq and Iran, and the entire region as a whole.

Conditions for a successful peacekeeping mission

The only alternative to these two horror scenarios remains, following the final failure of the Annan plan, a peace mission to Syria agreed by all five veto powers on the UN Security Council. A mission with three declared goals, to stop the fighting, to secure the provision of humanitarian aid for the population, and create the prerequisites for free elections monitored by the UN. Free elections that would in all probability lead to the removal of the Assad regime.

Since the Houla massacre, the chances of this actually happening have improved. This is because in Washington, Beijing and Moscow, there is a growing realisation that the individual interests of each nation are better served in the long-term if Syria does not descend into all-out civil war and implode, but if the Damascus dictatorship is replaced by a democratically elected government.

For a century, the Kurds and other minorities in Turkey have been subject to state repression. With his dissertation "The Kurdish Question in Turkey", political analyst Ismail ... END_OF_DOCUMENT_TOKEN_TO_BE_REPLACED

Syria, Egypt, Saudi Arabia and the UAE are among those countries increasingly misusing cybercrime legislation to silence dissent and curb freedom of speech. Could a new global ... END_OF_DOCUMENT_TOKEN_TO_BE_REPLACED

A new exhibition, "Syria – Against Forgetting", at Cologne’s Rautenstrauch-Joest-Museum focuses on Syria's artistic and cultural heritage and pays tribute to the country before ... END_OF_DOCUMENT_TOKEN_TO_BE_REPLACED

This year’s Morgenland Festival opened with the premiere of Kinan Azmeh’s musical theatre piece, “Songs for Days to Come”, based on fifteen poems by contemporary Syrian poets. ... END_OF_DOCUMENT_TOKEN_TO_BE_REPLACED

Longlisted for the 2020 International Prize for Arabic Fiction and now available in German translation, Khaled Khalifa’s novel “No One Prayed Over Their Graves” details lives and ... END_OF_DOCUMENT_TOKEN_TO_BE_REPLACED

Rumi's poems, though generally stripped of their Islamic symbolism, are hugely popular around the world. Yet Islamic mysticism is still very much at the heart of these verses. ... END_OF_DOCUMENT_TOKEN_TO_BE_REPLACED
Author:
Andreas Zumach
Date:
Mail:
Send via mail

END_OF_DOCUMENT_TOKEN_TO_BE_REPLACED
Social media
and networks
Subscribe to our
newsletter