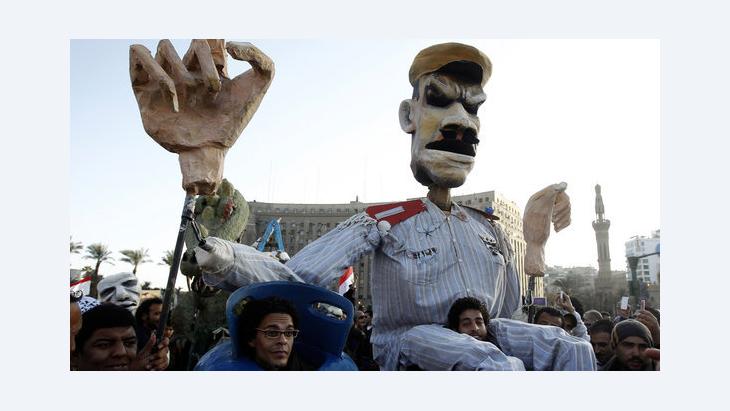 On the Brink of Ungovernability

Current events in Egypt are often represented as a confrontation between two camps: one that is bent on establishing a dictatorship, while the other one is struggling to defend freedom and democracy. In reality, all parties in Egypt today are pushing the country to the brink of ungovernability, says Nagwan El Ashwal

﻿On the one hand, the Muslim Brotherhood strives to gain control of the administration and the institutions. It faces difficulties in doing so, however, as it simply does not possess enough personnel with the necessary skills.

Also, it cannot just add new employees to an already bloated bureaucracy due to limited resources. Thus, instead of pushing for structural reform, they are working with and through the institutions inherited from the old regime, cutting deals with those who constituted and sustained Hosni Mubarak's rule.

The Muslim Brotherhood also condones the violence committed by forces under the authority of the Interior Ministry against Egyptian civilian activists. The simple truth is that the Brotherhood movement does not wield enough power or political will to dismantle a security apparatus that had, under the Mubarak regime, become used and trained to operate with great brutality outside the law and which now, with its old masters gone, appears outside any effective control.

Delivering "democracy" by the force of arms

On the other hand, the secular and liberal parties are clamouring for "freedom" while simultaneously requesting the army to intervene in the political scene. 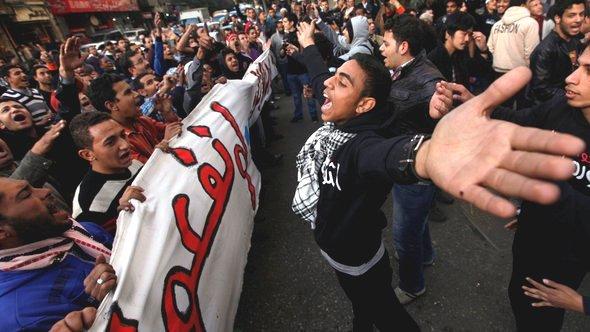 Further destabilization of an already volatile situation: The severe polarization between political parties in Egypt has led the political parties and actors to resort to street politics rather than pursuing the struggle within the democratic institutional framework, Nagwan El Ashwal writes

​​They seem oblivious to the contradiction inherent in a call to deliver "democracy" by the force of arms. Apparently, they also do not see any contradiction in advocating a political role for religious authorities such as Al-Azhar, Egypt's leading Islamic institution, and the Orthodox Church, while at the same time demanding a "civil state".

In fact, today all parties in Egypt are flagrantly disregarding and undermining democratic rules and procedures. The Muslim Brotherhood keeps retreating from the commitments it made in the various rounds of the national dialogue, and doesn't offer clear-cut guarantees for ensuring the implementation of the current round of national dialogue's results.

The secular parties are forging alliances with remnants of the fallen regime as long as they stand against the Muslim Brotherhood. Actually, they also tend to condone violent actions with two aims: first to weaken the elected president and second to postpone the parliamentary elections as they are afraid they would not gain a significant percentage of seats due to the lack of social capital.

The severe polarization between political parties in Egypt has led all of them to resort to street politics rather than pursuing the struggle within the democratic institutional framework – and has thus destabilized an already volatile situation even further.

A complete overhaul of Egypt's institutions

Today, the main challenge for Egypt is to restructure the institutions of the state, in which partisans of the old regime are still deeply entrenched. What is needed is a complete overhaul, starting with the Ministry of Interior, as well as a change in how citizens are perceived and treated. 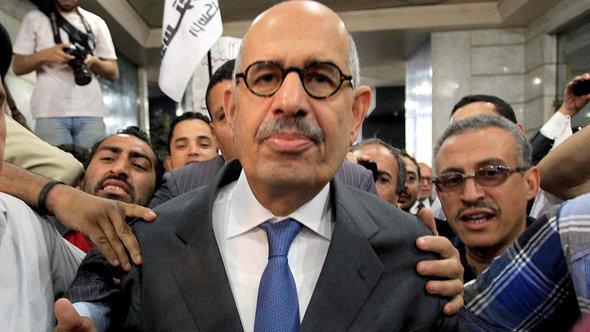 Europe and the West feels traditionally aligned with Egypt's secular and liberal parties. Europeans should, however, urge Egyptian political forces to stand together in this struggle, rather than supporting one side at the expense of the other, according to Nagwan El Ashwal. Pictured: Mohamed ElBaradei, leader of Egypt's liberal Constitution Party

​​In the Ministry of Interior, for example, the prevailing "security doctrine" holds that protesters are nothing but traitors serving foreign agendas rather than active citizens.

Similarly, the judiciary needs to be reformed and restructured, for example, to remove agents of state security who infiltrated it and were promoted to be judges during the Mubarak era. Public prosecutors have been found to systematically acquitting police and personnel linked to the security structures, ostensibly for lack of evidence, which has further fuelled public anger and unrest.

Tackling the "deep state" inherited from the old regime is a momentous task that the two political camps can only take on together, not against each other. But even if they join forces, they will hardly be able to achieve it without outside help. Financial support is urgently needed to prevent state collapse.

Equally important, Europeans should urge Egyptian political forces to stand together in this struggle, rather than supporting one side at the expense of the other. The price of taking sides could well be to plunge Egypt into a prolonged phase of ungovernability.

Nagwan El Ashwal is PhD researcher at Cairo University. Her field of study is Salafi movements in Egypt. Currently, she is a PhD fellow at Germany's Institute for International and Security Affairs. She also is a columnist "El Shorouk Newspaper" in Egypt.

Political analyst Taqadum al-Khatib argues that Egypt can, in co-ordination with its European partners, develop a common vision to solve the complex conflict in Libya. For this to ... END_OF_DOCUMENT_TOKEN_TO_BE_REPLACED

The upheavals of the past year in the MENA region are arguably as momentous as those of the Arab Spring in 2011. Yet perhaps the biggest difference is that our interest seems to ... END_OF_DOCUMENT_TOKEN_TO_BE_REPLACED

In 2019, the long-running Penguin Classics series released its first novel translated from Arabic: Tawfiq al-Hakim’s "Return of the Spirit", conveyed into English by William ... END_OF_DOCUMENT_TOKEN_TO_BE_REPLACED

Equality in divorce, a ban on polygamy: reformers of Islamic family law have a clear agenda. They are exploiting the ambiguity of traditional jurisprudence. By Joseph Croitoru END_OF_DOCUMENT_TOKEN_TO_BE_REPLACED