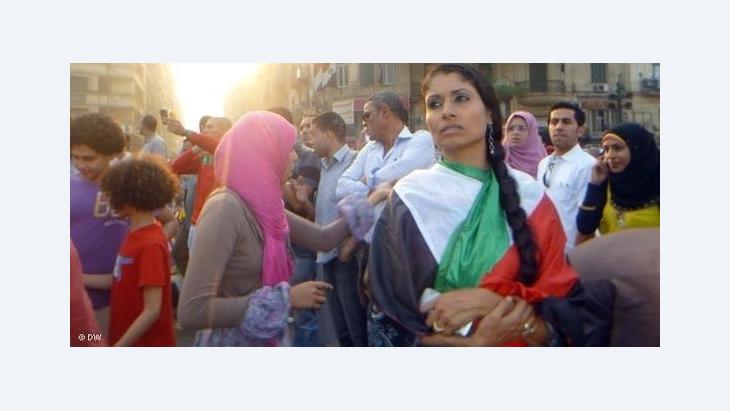 Political Prospects after the Arab Spring
At a Crossroads

In the opinion of the acclaimed Lebanese author Elias Khoury, after the toppling of the old regimes, Arab societies are now heading towards either lasting democratic change or a return to dictatorship by another name

The triumph of the Islamist parties in the first democratic elections one year after the Arab Spring can be attributed primarily to their "politics of identity", a simplification of politics that reduces political action to ideological or religious slogans and is hence not equipped to deal with the crisis of democratic transformation in the countries in question.

With its oversimplification of the issues, the politics of identity throws into sharp relief one of the most important phenomena to emerge during the decades of dictatorship: the moral vacuum. The Arab regimes that came to power by way of coups failed on multiple fronts, completely exaggerating the moral authority of politics long before the vehemence of the Arab revolutions swept them away.

Firstly, they failed due to their inability to solve the "national question". The two solutions they proffered for the Arab-Israeli conflict were nothing less than a catastrophe: on the one hand, the Egyptian solution, namely capitulation in accordance with the Camp David Agreement, and on the other, the stubborn refusal to negotiate a solution, as demonstrated by the Syrian regime. The result was an enormous vacuum, which the two regional powers Iran and Turkey tried to fill. 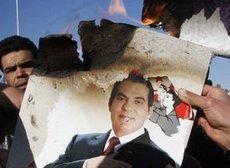 Putting the despot behind them: demonstrators in Tunis burn an image of the former president Zine El Abidine Ben Ali, who ruled his country with an iron fist for 23 years

​​Secondly, the Arab putschist governments failed because they didn't realise that when the Berlin Wall fell, a whole cultural system and worldview collapsed along with it.

Modelling itself on the North Korean system, Arab despotism didn't founder just because of mechanisms such as hereditary succession, it ultimately also drowned in a swamp of tribalism, regionalism and denominationalism, its political language finally revealing itself to be a transparent veil.

Thirdly, the regimes failed because they used the negative sides of globalisation to their own advantage, taking the economy hostage by assuming the role of a family mafia that pillaged and destroyed, but never actually did anything for society.

Fourthly, they failed when they surrounded themselves with a moral vacuum that they filled with lies, repression, nepotism and hypocrisy. After they had successfully robbed society of the structures out of which politics can grow, namely parties and associations, these regimes finally fell. They did so by taking complete control of politics and the media, ensuring that civil society became estranged from the political system of its own country.

The "politics of identity"

This is the climate in which the revolutions broke out, after rage and dissatisfaction had been building up for years and years. The uprisings were like a miracle, made possible only by the fact that these countries could not sink any deeper. The revolutions resembled a social eruption, one triggered mainly by the new elites in the Arab nations.

But these elites were not able to develop quickly enough to acquire the political maturity needed to carry out a truly successful revolution. Long years of authoritarian rule had barred any such development. This is why building a new democratic order will require a relatively prolonged period of transition.

Under these circumstances, the advocates of the "politics of identity" were able to gain a foothold in the parliamentary elections by presenting themselves as the obligatory interim solution. Naturally, that alone does not explain the success of the Islamists. They also won because they, for example, constituted a "legal" opposition to the Egyptian regime or because they consistently presented themselves as a unified front – as was the case in Tunisia.

A clear message for the secular liberal parties and a resounding success for the Freedom and Justice Party and the conservative Al-Nour party: the official results of the Egyptian election show that the two main Islamist parties won almost three-quarters of all seats in the parliament

​​We should not, however, overlook the example set by Turkey and Iran, or the political vacuum left by the demise of the concept of Arab nationalism due to its own ineffectiveness.

It is not as if the electorate were now faced with a choice between different social, economic and political programmes. Rather, the elections took place under the platform of identity: the Islamists on one side and the secular forces on the other, as if politics could be reduced to belonging to one side or the other, or as if the social, class and political differences would simply disappear as soon as one adopted a certain identity label.

Ultimately, one of the reasons the Islamists were victorious was their ability to explode the image of a dominant regional order in which the USA and Europe – as well as their allies in the Gulf region – always have the final say. This structure is based on what is generally described as "moderate" – an order that is geared toward the elimination or postponement of the "national question", i.e. the Arab–Israeli conflict, because the peaceful options currently on the table cannot be implemented due to the fact that they have been blocked by various Israeli governments.

It will undoubtedly be demonstrated at some point that this model of political order is out of touch with reality, because ideologies, even when firmly anchored in identities, cannot keep society under control and cement power in the long term.

Arab societies can only prosper by espousing a balanced, ideology-free brand of politics, coming up with realistic solutions for alleviating poverty and unemployment and finding a way to distribute economic prosperity justly.

The rocky path of the Islamists 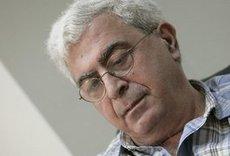 Elias Khoury warns that the army in Egypt still plays a major role in Egyptian politicy, economics and society: "The latter has maintained its military structure and is, therefore, not only a force to be reckoned with in the formation of a state, but also an active player in the economy and on the international stage"

​​Although they have emerged triumphant, the Islamists do not exactly find themselves lying on a bed of roses; the question of what national political power really means has yet to be clarified, in particular with respect to the role played by the army. The latter has maintained its military structure and is, therefore, not only a force to be reckoned with in the formation of a state, but also an active player in the economy and on the international stage.

Nebulous solutions harping on the idea of identity will not be sufficient to dispatch with this military aristocracy. What the situation demands instead are precise concepts for how a civilian state can be rebuilt as an element for restoring equilibrium to society. This means that today's prevailing politics of identity is nothing more than a transitional phase. By contrast, two future scenarios are more likely to come to pass:

One option is the nationalist and democratic variant favoured by the revolutionary forces, the activists of Tahrir Square and similar "scenes of revolution" in other Arab countries. This envisions the creation of new political structures by means of which a democratic state shaped by a politics of morality and integrity can be built. This option opens up prospects for true democracy, social justice and national independence. At the same time, it also promises a breakthrough for political and economic cooperation and integration in the Arab world.

The other option would be a return to dictatorship by a different name. In this context, an alliance between the army and Islamist movements is by no means as far-fetched as it seems.

These two options represent the signposts at the crossroads at which the Arab world now stands – an important historical turning point that will determine the fate of the Arabs for decades to come.

Elias Khoury, born in Beirut in 1948, is a novelist, dramatist, literary critic and editor. He was an activist in the Palestinian liberation organisation Fatah and is one of the most influential writers and intellectuals in the Arab world. He is the author of ten novels and three plays. Khoury currently lives in Beirut.

Home
Print
Newsletter
More on this topic
Twelve Months after the Start of the Arab Spring: Year Two of the Rebellions2011 in the Arab World: ''Change We Can Believe In''2011 in the Arab World: No Reason to Fear the Democratic ExperimentThe Arab Spring and the ''Nahda'' Reform Movement: The Second Arab Renaissance
Related Topics
Arab Spring, Arabellion, Assad regime, Democracy and civil society, Elias Khoury, Islam and democracy, Libya after Gaddafi, Mubarak regime, Zine el-Abidine Ben Ali
All Topics

Since President Abdul Fattah al-Sisi seized power in Egypt in 2013, he has ruled the country with an iron fist. Civil society, opposition and free press struggle to survive. Tens ... END_OF_DOCUMENT_TOKEN_TO_BE_REPLACED

The lack of grain supplies from Ukraine is forcing Egypt to act. Now even the Toshka project is being revived to grow grain in the desert. Birgit Svensson travelled to see it END_OF_DOCUMENT_TOKEN_TO_BE_REPLACED

In this unusually beautiful book of images and text, published in German and Arabic, artist Marianne Manda presents her own unique take on the megacity of Cairo. In over fifty ... END_OF_DOCUMENT_TOKEN_TO_BE_REPLACED

A stage, lights, a mesmerised audience: it looks like an Egyptian folkloric concert, but Umm Sameh is singing to heal the sick by driving out the demons that possess them END_OF_DOCUMENT_TOKEN_TO_BE_REPLACED
Author:
Elias Khoury
Date:
Mail:
Send via mail

END_OF_DOCUMENT_TOKEN_TO_BE_REPLACED
Social media
and networks
Subscribe to our
newsletter