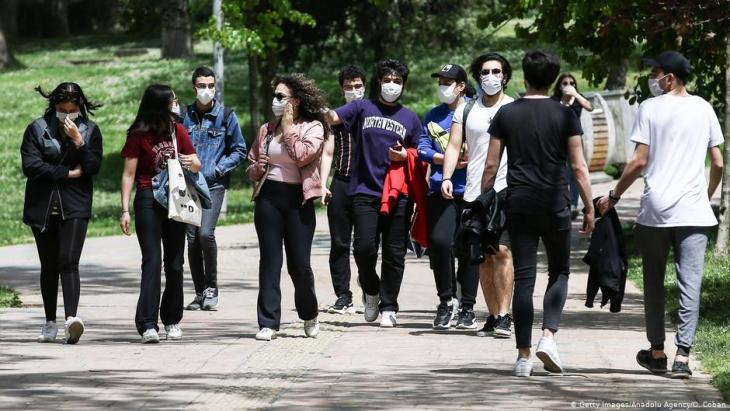 Recep Tayyip Erdogan is seeking to win over the millions of young Turks who will soon be of voting age. Yet many of the country's youth are in rebellious mood and openly reject him and his policies. By Sinem Ozdemir and Daniel Derya Bellut

Currently, everyone in Turkey is talking about Generation Z – a term that refers to those young people born around the turn of the millennium. It is a generation that knows no other Turkey than one ruled by Recep Tayyip Erdogan and his Islamic–conservative Justice and Development Party (AKP). And it is also a generation of digital natives who like to spend lots of time on social media.

The group recently got Turkey's attention as the result of an obscure political decision that moved the date for the country's annual college entrance exams – an existential test that youth across the country cram for every year – up a whole month, from late July to 27-28 June.

Students were furious because they suspected the move was nothing more than a gimmick to benefit the country's ailing tourism industry, which has been is crisis mode since coronavirus first hit. Students say the plan is to get them to go on vacation – despite the ongoing threat of infection – since they will be finished with studying a month earlier than planned. The Turkish government denies such accusations.

"It's awful that the economy and the tourism industry are being given priority over our health," says 19-year-old Asli from Ankara. She took the test for the second time and says she was under a lot of pressure to do better this time.

You may also like: Coronavirus sees political polarisation in Turkey deepen

#OyMoyYok – not getting my vote

"We're in a situation where we just don't know who to trust anymore," says Fatih, also a student from Ankara. Fatih says it was unclear if the test would really be re-scheduled or not, adding, "This is Turkey, anything can happen." 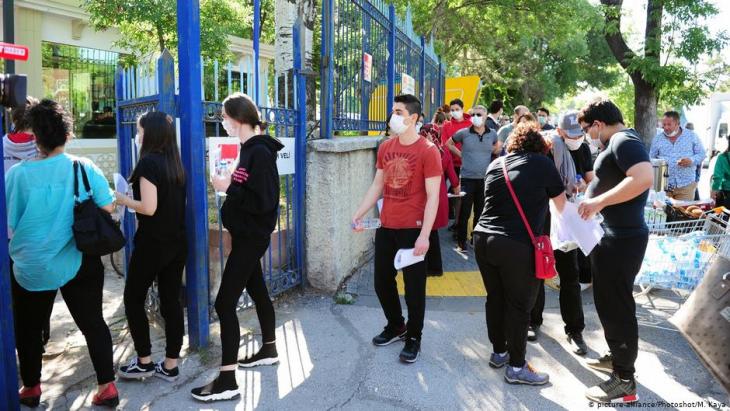 Brought forward for economic reasons? Many prospective students suspect that bringing forward the central examination for university admission was intended to revive the country's tourism industry, which is in crisis due to the corona pandemic. By shortening revision time by one month, young Turks would have more time for holidays – despite the increased risk of infection. However, the Turkish government has denied this

Recently, young Turks gave the president a taste of their disapproval as only they can. When Erdogan took to YouTube on the day before the exam for a "Meet with the kids" event, the nice words he used to address these potential voters fell on deaf ears. In fact, the youth tuning in were quick to voice their anger. Thousands blasted Erdogan, taunting him with real-time comments, only to then move on to the next platform – like Twitter, where they railed further and launched the hashtag campaign #OyMoyYok (Not getting my vote), which proceeded to spread like wildfire.

Since then, Generation Z has become the object of study. Essentially, the group consists of anyone born between the years 1995 and 2010. Estimates suggest that some 13 million young Turks fit into that group and that they could play a key role in future elections. Many will soon be able to vote for the first time, but no one really knows just how they tick.

Istanbulites take pride in being the world’s melting pot and its natural outcome: having a bustling abundance of international cuisine. Visiting restaurants opened by recent ... END_OF_DOCUMENT_TOKEN_TO_BE_REPLACED

The Kurds are under attack from two sides: from Turkey, and from Iran. The situation in their territories in northern Iraq is becoming increasingly desperate. Birgit Svensson ... END_OF_DOCUMENT_TOKEN_TO_BE_REPLACED

Canan Topcu came from Turkey to Germany as a child. In her essay, she describes how bothered she was by the racism she encountered in her country of origin when she travelled ... END_OF_DOCUMENT_TOKEN_TO_BE_REPLACED

According to Turkey’s revised media legislation, spreading "fake news" now carries a prison sentence. The definition of what this entails has been kept intentionally vague. ... END_OF_DOCUMENT_TOKEN_TO_BE_REPLACED

On 3 November 2002, Erdogan's newly founded AKP, Justice and Development Party, came to power in Turkey. It has ruled the country ever since, becoming more authoritarian with each ... END_OF_DOCUMENT_TOKEN_TO_BE_REPLACED

Kurdish journalist Nedim Turfent has been in prison in Turkey since 2016 – because he reported on police violence. A collection of his writings penned while behind bars is now ... END_OF_DOCUMENT_TOKEN_TO_BE_REPLACED
Author:
Sinem Özdemir & Daniel Derya Bellut
Date:
Mail:
Send via mail

END_OF_DOCUMENT_TOKEN_TO_BE_REPLACED
Social media
and networks
Subscribe to our
newsletter