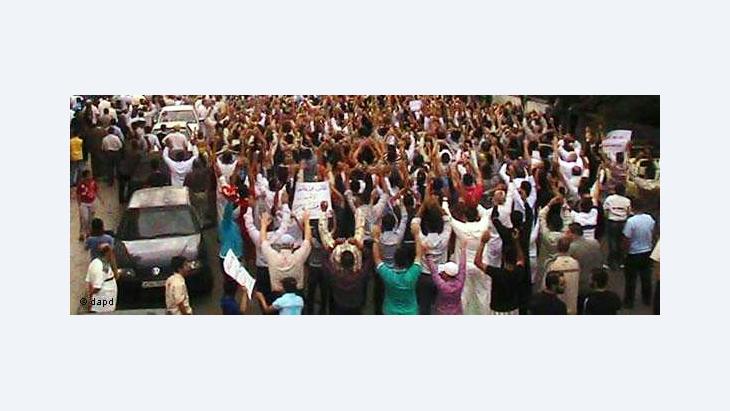 ﻿The Syrian Kurds may not remain on the sidelines for much longer after being dragged into the uprising against the al-Assad regime. But their influence on the future of Syria and the Middle East is hard to determine. By Nick Amies

The regime of Syrian President Bashar al-Assad has made "a big mistake," according to the son of murdered Kurdish opposition figure Meshaal Tamo after Syrian security forces killed at least two people when they opened fire on 50,000 people attending Tamo's funeral in the north-eastern city of Qamishli on Saturday, 8th October.

Until Tamo's assassination by masked gunmen on Friday, Syria's Kurdish population had largely stayed on the sidelines of the civilian uprising which is pushing for the al-Assad regime's downfall. But the popular Kurdish leader's death, and the subsequent crackdown at his funeral, has led to widespread calls for the Kurdish community and its leaders to add their numbers to the revolution.

"My father's assassination is the screw in the regime's coffin," Fares Tamo told the New York Times. "They made a big mistake by killing my father." 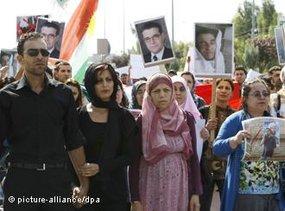 "Screw in the regime's coffin": Faris Tamo (left) said Kurds will rise up after his father's death

​​Fares called for the estimated 1.7 million Syrian Kurds to join the revolt and predicted that their participation would be a turning point for the opposition coalition, the newly formed Syrian National Council (SNC), in its struggle against the ruling government.

"The protests in Syria are hanging in the balance and could go either way. Until the assassination of Mishaal Tamo last week, the Kurds in Syria were not that involved," Michael Gunter, an expert on the Kurdish situation and a professor of political science at Tennessee Technological University, told Deutsche Welle.

"Since the Kurds are the largest minority in Syria, approximately 10 percent of the over-all Syrian population, their strong support for the anti-Assad movement could tip the scale against Assad."

Kurds coming off the fence

The Kurds have so far resisted calls to join the uprising the SNC as it is dominated by Syria's Sunni Arab majority. The Kurds fear that they may suffer just as badly under a Sunni Arab government as they have under the Alawite Shia regime of the al-Assads.

The Kurdish population in Syria has being heavily oppressed by the al-Assad regime which has banned its language, moved to extinguish its ethnic identity and denied many Kurds Syrian citizenship, effectively rendering them stateless, unable to travel abroad or be eligible for education.

Although President Assad made concessions in April when he granted nationality to 300,000 Kurds in an effort to shore up his teetering government, the Kurdish community remains deeply mistrusting of the al-Assads.

However, the Kurds' relationship with the Sunni majority is fractious and some observers are concerned that, rather than joining the SNC's campaign to the replace the al-Assad regime, the Kurds could launch their own separate insurrection that could lead to clashes with both Sunni Arabs and Alawite Shia, pushing Syria closer to a sectarian civil war. 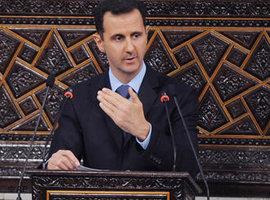 The Kurdish population in Syria has being heavily oppressed by the al-Assad regime which has banned its language, moved to extinguish its ethnic identity and denied many Kurds Syrian citizenship

​​Should the Kurds decide to hedge their bets and join the SNC's uprising, it could prove to be a risk worth taking especially if there is a post-Assad political arrangement in Syria based on a power-sharing deal among Syria's ethnic and religious communities – much like that in Iraq after the fall of Saddam Hussein.

If the Sunni majority magnanimously agrees to share power, the Kurds – who, despite many being devout Muslims, are seen as moderates – would likely support a secular government and a division of power which would give them a place at the negotiating table when it comes to building a new Syria.

Such an opportunity, however, could go one of two ways; after being granted their freedom from the oppression of the al-Assads, the Kurds could react to the new paradigm by pushing for a separate state. The idea of Kurdistan has long been the dream of Kurdish minorities in Syria, Turkey, Iran and Iraq and an opportunity to push for a homeland in the region at a time when the map is being reshaped could encourage a quest for independence and statehood not just in Syria, but further afield. 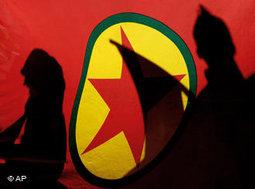 A people wihthout a nation: Kurds across the region have long dreamt of Kurdistan

​​"A Kurdish uprising in Syria could have important knock-on effects regionally as Turkey, Iran and Iraq will view any empowerment of the Kurdish populace with deep misgivings lest it energize their own Kurdish communities," Dr. Kristian Ulrichsen, a Middle East expert at the London School of Economics, told Deutsche Welle.

According to Gunter, there are serious concerns in Turkey that events in Syria could incite Kurdish unrest in Turkey. "Many Kurds in Syria originally came from Turkey after the failure of the Sheikh Said rebellion in 1925, so there already are connections between the Kurds in Syria and Turkey. Turkey also fears Syrian Kurds and other Syrians crossing over into Turkey to flee from the Assad forces. This would cause further unrest in Turkey."

A more positive outcome could see the Syrian Kurds deciding against provoking further bloodshed by pursuing their own homeland and working within a new, democratic Syria taking the political and cultural autonomy enjoyed by the Kurdistan Regional Government in Iraq as a model.

Rather than creating a geographical Kurdistan, Syria's Kurds could then potentially form cultural and economic networks with other Kurdish communities in the region which could ultimately lead to many joint aspirations being realized without the need of a conflict over land. 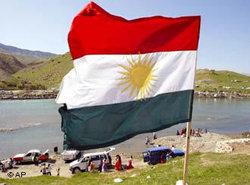 In a prospective democratic Syria, Kurds could take the political and cultural autonomy enjoyed by the Kurdistan Regional Government in Iraq as a model

​​This would certainly be an arrangement that the West could support. A Kurdish influence in the Middle East could also help the West to pursue a more pragmatic approach to regional issues if their moderate voice is allowed to carry weight.

A strong collective group of Kurdish communities involved in the national politics of Iraq, Syria and even Turkey – where Kurdish parties may be on the verge of a mainstream breakthrough – would inject a more moderate and pro-Western attitude into the region and if the Kurds in Iran threw their weight behind the opposition there, there would be few complaints emanating from capitals such as Washington.

However, for this new Kurdish influence to take hold, many things still need to change. Syria's Kurds may decide to join the uprising against the regime in Damascus but that would be only one of many steps toward a Syria where the Kurds would have a say in the running of its government. It would be an even longer journey toward a region where Syrian Kurds can join with those in Iraq, Turkey and Iran to help reshape the Middle East.

How can the various realities of Kurdish life, shaped by depression, resistance and war, be depicted in art? This is the question addressed by the “bê welat – the unexpected ... END_OF_DOCUMENT_TOKEN_TO_BE_REPLACED

Ayse Gerner is a Muslim woman and a marriage counsellor. It is a combination appreciated by her clients, most of whom are Muslim. Although Muslim couples face the same ... END_OF_DOCUMENT_TOKEN_TO_BE_REPLACED

Born amid the horrors of war in Iraqi Kurdistan, Danish author Sara Omar now uses her voice to denounce violence inflicted on women in the name of reactionary Islam, a "calling" ... END_OF_DOCUMENT_TOKEN_TO_BE_REPLACED

The New Patrons seek to sponsor art projects initiated by citizens in order to better dovetail art and life. Anyone can become their client. In Berlin, the impressive comic " ... END_OF_DOCUMENT_TOKEN_TO_BE_REPLACED

For years, singer Aynur Dogan has preserved and expanded the possibilities of traditional Kurdish music, lending a voice to her people. She has just released her seventh studio ... END_OF_DOCUMENT_TOKEN_TO_BE_REPLACED

Ronya Othmann's novel "Die Sommer" (The Summers) tells the story of Leyla – the daughter of a German and a Yazidi Kurd – who visits her grandparents' Yazidi village in northern ... END_OF_DOCUMENT_TOKEN_TO_BE_REPLACED
Author:
Nick Amies
Date:
Mail:
Send via mail

END_OF_DOCUMENT_TOKEN_TO_BE_REPLACED
Social media
and networks
Subscribe to our
newsletter