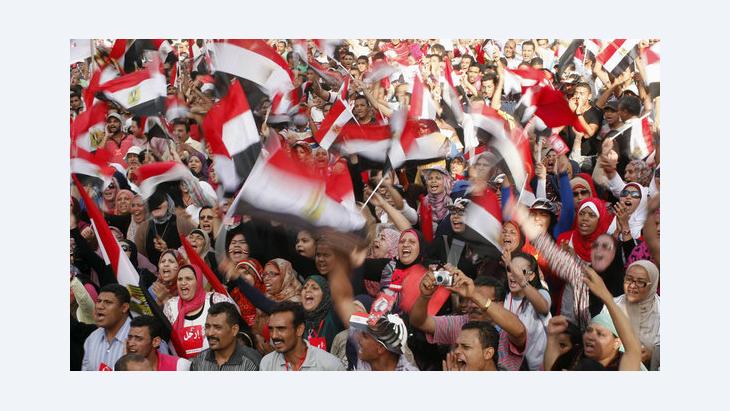 A Clear Message for the Brotherhood

In this commentary, Sonja Zekri writes that while it is impossible to say who will be ruling Egypt at the end of the week, it is quite possible to say with certainty that the Muslim Brotherhood, which only a year ago seemed unbeatable, has been a spectacular failure in power

A few million demonstrators are a force to be reckoned with – a force that no elected president can ignore. Morsi and the Muslim Brotherhood have driven more people onto the streets in protest than former President Hosni Mubarak ever did.

When considered in the light of the 'off with his head' chants on both sides, the protests have been astoundingly peaceful. Instead of a bloodbath, there is a festival atmosphere. Instead of bread riots, we are witnessing an uprising of the strangled middle classes.

Instead of a revolt against Islam, this is a rebellion against a paranoid secretive organisation that wants to imprison a tolerant 7,000-year-old culture inside its bigoted doctrine. Using a country as a laboratory for a pedagogical experiment only works either over a long period of time or with a great deal of pressure.

Naturally, uprisings against elected presidents do not come highly recommended for parliamentary democracies. 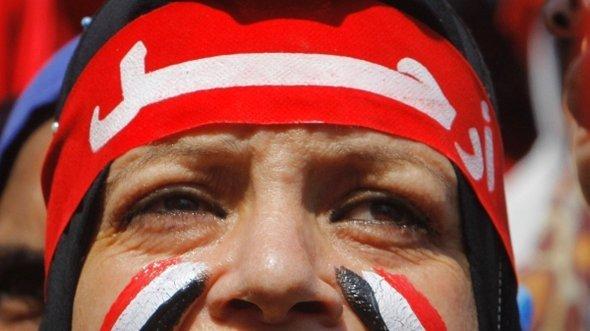 "Irhal – Get lost!" In recent days, millions of people have been taking part in demonstrations against Egypt's controversial president, Mohammed Morsi, across the country. At least 16 people were killed at such demonstrations on Sunday, 30 June. On Monday, the opposition called on Morsi to resign by Tuesday afternoon

​​However, they are typical of post-revolutionary, post-authoritarian systems that are in transition: the expectations are immense, the economy crippled, the institutions weakened, the old regime destructive, political personnel inexperienced. All that remains is the street.

No one knows who will be in charge in Egypt at the end of this week. Morsi, perhaps? An interim president? The army? The attacks on the grandiose party headquarters of the Muslim Brotherhood – such a potent symbol of the brotherhood's pretensions to power – and the first deaths, seem to indicate that the violence will continue to escalate.

Amidst all this uncertainty, however, are a few certainties: the Muslim Brotherhood, which seemed to be utterly unbeatable just a year ago, has failed spectacularly. Morsi's election victory seemed to be the crowning achievement of the Islamists' victory march. It looked as if the twilight of the autocrats was almost certain to be followed by the dawn of the era of the pious.

A monopolisation of faith

Many conservative Egyptians even interpreted this piety as an attempt to monopolise their faith. Members of the Muslim Brotherhood do not make better politicians; nor do they make better Muslims. This realisation – and this is another characteristic feature of transition systems – spread like wildfire.

If the Muslim Brotherhood were clever, it would now withdraw, read a few books about inclusion, and attempt a new beginning in a few years' time. Part of the Egyptian population prefers religious parties. This part of the electorate needs a party, otherwise it will become fair game for the radicals.

If the opposition is clever, it will give the Muslim Brotherhood the opportunity to bind the religious voters to itself. Above all, it should not view the millions of anti-Morsi protesters as campaign aides for catastrophically hopeless old fogeys like ElBaradei, Mussa and Sabahi and those of their ilk. It would be helpful if Egypt's politicians stopped viewing their country as a trophy that is there to be won.

They’ve already got the Louvre; they’ll soon have a Guggenheim Museum as well – and now the Emirates have added literature to their quest for cultural supremacy in the Arab world ... END_OF_DOCUMENT_TOKEN_TO_BE_REPLACED

Years in the making, Sisi's elite New Administrative Capital will isolate most Egyptians from their centres of government in an effort to fortify the regime against any social ... END_OF_DOCUMENT_TOKEN_TO_BE_REPLACED

Professor Timothy Brennan's "Places of Mind: A Life of Edward Said" is a detailed biography of one of the most important intellectuals of the twentieth century, taking us on a ... END_OF_DOCUMENT_TOKEN_TO_BE_REPLACED

China has long portrayed itself as a strong supporter of the Palestinian cause. It has also claimed that in sharp contrast to the stance of the USA, its position is based on ... END_OF_DOCUMENT_TOKEN_TO_BE_REPLACED

Recep Tayyip Erdogan, disappointed by the European Union’s reluctance to integrate Turkey into its ranks, has re-directed his country’s diplomacy toward the Maghreb and Africa to ... END_OF_DOCUMENT_TOKEN_TO_BE_REPLACED

END_OF_DOCUMENT_TOKEN_TO_BE_REPLACED
Social media
and networks
Subscribe to our
newsletter