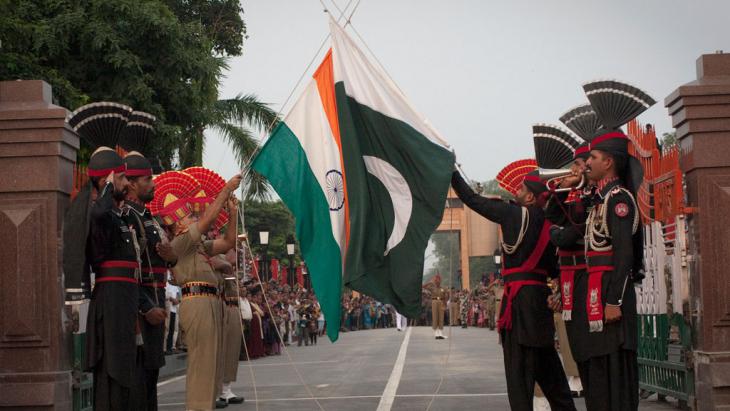 The instrumentalisation of religion

Practicing politics within religious frameworks can increase a state's fragility. While employing religious references in political discourses can foster positive outcomes such as the avoidance of dangerous eruptions of violence under authoritarian regimes, it can also increase the space for political and religious elites to instrumentalise religion to their own ends. Such patterns of instrumentalisation are more common in the Middle East, especially regarding the dominant religion in the region, Islam, which is a decentralised religion.

The political instrumentalisation of Islam means that "Islam" serves as a means of pursuing a political aim or relating to Islam's function as a means to a political end. Just as Marxist theory views the state and social organisations as tools that are taken advantage of by the ruling class or by individuals to further their own interests, Islam seems to function as a tool that is exploited by powerful elites or individuals.

Religion has risen to distinctive prominence in a number of cases, of which I mention only three in this article.

Building a state ideology in Pakistan and Turkey

At the time of partition, Pakistan was more linguistically, traditionally and socially heterogeneous. Functioning as an integration element, Islam, at least rhetorically, was mixed with nationalism in a series of compromises reached by modernist elites and religious factions in order to draw distinctions between Islamic Pakistan and Hindu India.

In Turkey, the state didn't serve Islam, but vice versa. After the collapse of the sultanate and the secularisation of the legal and educational systems, the Turkish government founded the so-called Presidency of Religious Affairs (Diyanet Isleri Bakanligi) in 1928, which meant that religion was officially administered by a state institution. The state monopoly on religion explicitly meant that all imam training, religious teachings and preaching had to be legalised through state channels alone. Until 1941, the central Presidency of Religious Affairs distributed the content of Friday sermons to all preachers across Turkey. 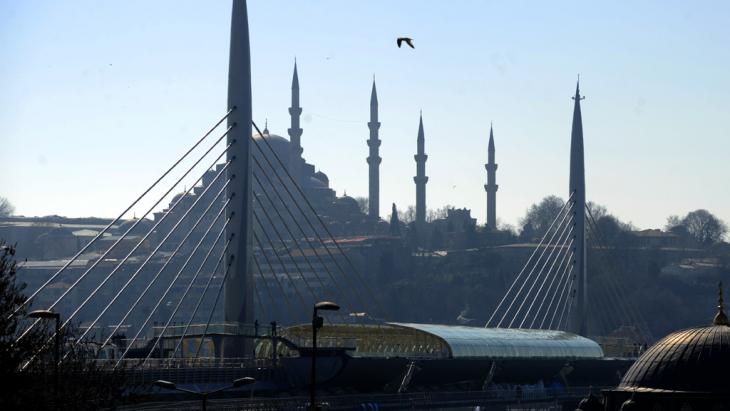 "After the collapse of the sultanate and the secularisation of the legal and educational systems, the Turkish government founded the so-called Presidency of Religious Affairs (Diyanet Isleri Bakanligi) in 1928, which meant that religion was officially administered by a state institution," writes Hakim Khatib. Pictured here: the Sulemaniye mosque, Istanbul

Balance of power in Egypt and Syria

Secondly, there is the case of the balance of power and state crisis in dictatorial states, such as the one that has existed between the ruling political elite and Islamic institutions in Egypt since the 1920s. To varying degrees, King Farouk, Gamal Abdel Nasser, Anwar Sadat, Hosni Mubarak, Mohammed Morsi and Abdul Fattah al-Sisi all formed alliances between the state and Al-Azhar, Egypt's leading mosque and university. This alliance resulted in the formation of the so-called "official Islam" of the state, which represents the state's position on religion and its various mechanisms.

Thirdly, there is the case of a state in a violent crisis. This is the situation we have been witnessing in Syria since 2011. Religion, specifically Islam, was used in mobilisation, contestation and elimination processes. In this case, and according to the involvement of religious factions in the political opposition, the manipulation of Islam is deemed to be useful to the state in terms of reacting to and outdoing its opponents. The regime portrayed the protests as sectarian and claimed that it was protecting minorities and represented the correct version of Islam.

Because the Syrian regime described all protests and subsequent armed resistance in sectarian terms and associated them with "extreme Islamist factions", some protestors in return portrayed all Alawites and other minorities as being responsible for the regime's atrocities and carried on protecting what they see as the right version of Islam.

Islam is politically instrumentalised in a number of different ways that tend to overlap. However, three different types of instrumentalisation are clearly identifiable:

Instrumentalisation of religion can occur in the form of an alliance between the ruler and the ulama. Such a relationship comes about when religious elites are coerced or lured by the despotic regime or ruler. Here, religious elites receive protection and privileges. In return, the rulers receive religious and moral support, which allows them to fortify and consolidate their position of power and increase their legitimacy and credibility.

Religious elites (using religious terms and references) can also function as a means of eliminating other religious and secular opponents of the ruler or of themselves. Whether intentionally or unintentionally, they help the ruling elite create cognitive structures that define their identity, the political process and the ruler's role in a reality that is constantly being built and rebuilt. 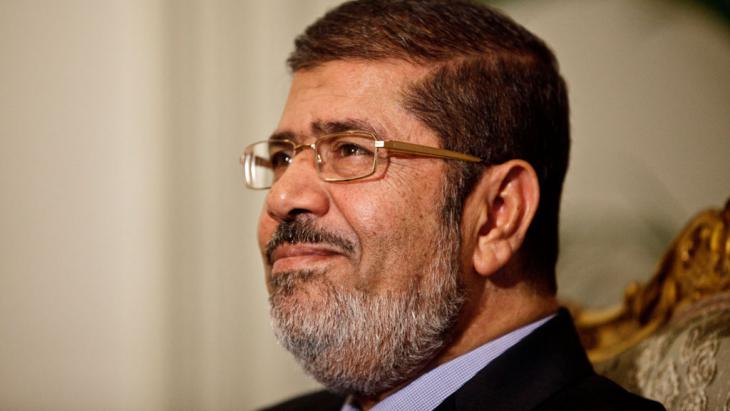 "To varying degrees, King Farouk, Gamal Abdel Nasser, Anwar Sadat, Hosni Mubarak, Mohammed Morsi and Abdul Fattah al-Sisi all formed alliances between the state and Al-Azhar, Egypt's leading mosque and university," writes Hakim Khatib. In the case of Mohammed Morsi (pictured here), however, the alliance turned sour: Ahmed Al-Tayeb, the grand sheikh of Al-Azhar, gave his backing to the overthrow of Mr Morsi in July 2013. This led to weeks of demonstrations by Morsi's student supporters outside the university

The relationship between religious elites and their followers serves the mobilisation of the masses. Just as it can result in the exploitation of the very honest beliefs of the people, it can also have positive effects such as peace-building and the avoidance of dangerous situations or violence.

The independent use of religious references

All dimensions of power in a state can use religious references. This usually takes the form of using religious terms in communication with others. Rulers, religious figures, political parties and state networks, secular and non-secular factions, the public etc. can all use religious idioms to reference the prophet Muhammad and the Koran. This reference to tradition serves to underline the authenticity, legitimacy and credibility of one's actions and words.

Politics and religion constitute an antithetical paradigm. Nevertheless, they help political and religious elites in the Middle East to create and preserve structures and guarantee their survival.

Hakim Khatib is a political scientist and analyst who works as a lecturer for politics and culture of the Middle East, intercultural communication and journalism at Fulda and Darmstadt Universities of Applied Sciences and Phillips University Marburg in Germany.

Home
Print
Newsletter
More on this topic
Interview with Mohammad Mojtahed Shabestari (Part 1): "Islam is a religion, not a political agenda"Interview with Asma Jahangir, winner of the Right Livelihood Award: "Every restriction is based on religion"Six lessons learned from Tunisia's recent elections: "Religion is God's, but democracy belongs to everyone!"The civil war in Syria: When minorities become pawns in a power gameRecruitment strategies used by Islamic State: A mutation of religion
Related Topics
Al-Azhar, Arab Spring, Arabellion, Dialogue of Religions, Egypt Revolution 2011, Gamal Abdel Nasser | Nasserism, Islam and democracy, Islam and the West, Islamism | Political Islam, Mubarak regime
All Topics

Ten years after Egypt's January 25 revolution, many of those who led protests are either disillusioned or in jail. ... END_OF_DOCUMENT_TOKEN_TO_BE_REPLACED

Egypt has never been called to account for the murder of Giulio Regeni, nor for the numerous human rights violations committed by the Sisi regime. Focusing only on stability, ... END_OF_DOCUMENT_TOKEN_TO_BE_REPLACED

Ten years after the Tahrir square protests in Cairo, Egypt’s human rights record is disastrous. On the occasion of the anniversary of the 2011 revolution, several international ... END_OF_DOCUMENT_TOKEN_TO_BE_REPLACED

END_OF_DOCUMENT_TOKEN_TO_BE_REPLACED
Social media
and networks
Subscribe to our
newsletter