Skip to main content
Politics and the Economy in Algeria

Feeding off the Rentier Economy

Algeria is currently experiencing an unprecedented economic boom; high oil prices have flushed billions into the state's coffers. But instead of being the motor of an economic upswing for the entire country, the windfall is merely filling the bank accounts of the country's political elite. Werner Ruf sends us this analysis 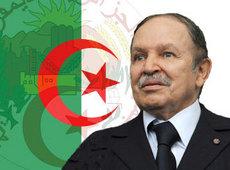 Abdelaziz Bouteflika became president of Algeria in 1999. Algerians still are hoping for progress and development

​​The rapid increase in oil and gas prices has whittled Algeria's gigantic foreign debt away to almost nothing. In 2006, exports reached the record level of US$52 billion, an increase of 14 per cent on the previous year. Prices only began to explode a year later, in 2007; they have not stopped since.

Although these figures are not an indicator of an economic upswing, they do show that the exportation of energy is the only pillar on which the country's economy is built. The precariousness of the situation becomes even more apparent when one considers the sharp contrast between these exports and the fact that almost 100 per cent of the country's cereals, milk, and medicine have to be imported.

The consequences of the rentier economy

The increase in food prices for the rapidly growing population alone runs the risk of eating up the money flowing into the country as a result of rising oil prices.

The situation is further compounded by the growing exchange-rate gulf between the dollar and the euro: basic foodstuffs and long-life consumer goods, most of which Algeria imports from the EU, are becoming more expensive, which means that one euro will soon be worth two dollars. Other imports include passenger cars, of which Algeria imported approximately 200,000 in 2007.

These figures alone demonstrate the structural weaknesses of the Algerian economy. State and society live exclusively off hydrocarbon exports, which makes the Algerian economy a rentier economy. Production figures for those goods that are produced in Algeria have been in decline for a number of years. 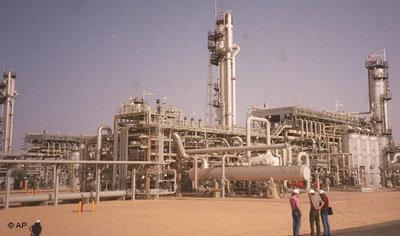 Structural weaknesses: the Algerian economy is built on a single pillar

​​The non-existence of a dynamic economy corresponds to the steady growth of unemployment, which official statistics set at 30 per cent, but which in reality must be at least 50 per cent. Above all it is the country's young people and increasingly also its university graduates who are affected by the high unemployment rate.

The neglect of the agricultural sector has already caused an extensive rural exodus and uncontrolled urbanisation in the endless, sprawling slums and Kasbah (old quarter) of Algiers, where up to 18 people live in 20-square-metre homes. Some 80 per cent of all Algerians now live in urban areas.

The fear of social unrest and a revival of terrorist activity is forcing the government to further increase its already massive subsidisation of basic foodstuffs. These subsidies make it even more unattractive to produce food in Algeria, which in turn fuels the rural exodus. 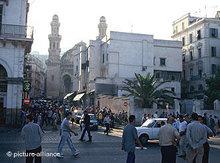 Uncontrolled urbanisation: some 80 per cent of all Algerians now live in urban areas

​​Nevertheless, overt acts of violence – the blocking of roads and the looting and burning of public buildings – are reported somewhere in the country on an almost daily basis. The usually brutal methods of the country's police generally escalates the situation, creating civil war-like circumstances such as those that occurred in the country's second city, Oran, in May of this year when young people went on the rampage, pillaging and looting, for three days. Unrest in the southern Algerian town of Berriane lasted over a week.

Other people try to escape the misery of life in Algeria by fleeing across the Mediterranean, primarily to Spain. Almost every day there are reports in the Algerian press about the recovery of the bodies of young Algerians who drowned trying to make the crossing.

Armament instead of reforms

Although the government never tires of promising to introduce reforms, develop the country's infrastructure, step up the housing programme, and promote tourism, nothing ever happens in reality. Instead the government is buying arms on a massive scale.

Last year, the government concluded a US$8-billion agreement for the purchase of military equipment (above all MIG 29 aircraft) with Russia alone. Algeria also co-operates closely with the USA and NATO, with which it conducts maritime manoeuvres. 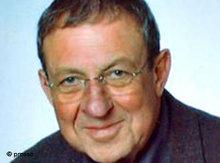 Werner Ruf is a political scientist, peace researcher, and expert on Algeria. Until 2003, he was a professor at the University of Kassel, Germany

​​But co-operation with the USA also extends to the so-called "war on terror" in Africa. In 2005, Algeria and other states bordering the Sahara took part in Operation Flintlock, the first step towards the establishment of a new US supreme command centre in Africa (Africom). Moreover, rumours abound that there is a US base in Tamanrasset, close to the Algerian border.

Algeria has also been developing a nuclear programme for several years. In view of the fact that it has been working closely with both France and the USA on this programme, it has little to fear by way of criticism from the West.

The bloody traces of civil war

The "bloody years" of the great massacre, which peaked in the mid-1990s, would appear to be over at last. "Terrorists" who gave themselves up were offered an amnesty. At the same time, members of the armed forces and secret services were given immunity against criminal prosecution, which means that the fate of more than 10,000 people who "disappeared" during the civil unrest is likely to remain unsolved forever. 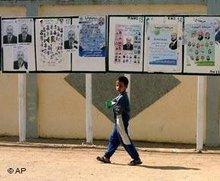 Algeria has a relatively freely elected parliament, but it is the military leadership that makes all the important decisions

​​Although the civil war can be considered over, acts of terror, some of which are major, are still being committed. One such an act was the attack on the seat of the UNDP in Algeria on 11 December 2007 in which at least 41 people were killed. The official line that there is still some "residual terrorism" in the country means that the state of emergency declared in 1992 has not yet been revoked.

Under these circumstances and because of the country's constitution, the relatively freely elected parliament is more of a façade than an actual control mechanism for the government. Although the government does carry out the day-to-day business of running the country, it is the military leadership that makes all the important decisions.

The power of the generals

All of this raises the question as to whether the country's continuing and worsening underdevelopment and its rampant corruption are the result of government ineptitude or government policy.

The small number of licensed importers, most of whom have close links to the people working for the country's generals – e.g. senior civil servants who negotiate short-term credits for financing imports – use their positions to pocket bribes and commission or to organise the artificial shortage of some kind of foodstuff in order to line their pockets with the resulting profits.

The preservation of the rentier economy and the myriad opportunities it presents for the endless enrichment of a small number of people is an inherent part of this system. Changing it would not seem to be in the interests of the country's decision-makers.

Terrorist Attacks in Algeria
El Dorado for Western Security Companies
The terrorist organisation al-Qaeda in the Islamic Maghreb has conducted a number of attacks in recent weeks, consciously targeting foreigners in the process. In view of the increase in western economic activity in Algeria, security companies already sense that they are on to something good. Bernard Schmid reports

END_OF_DOCUMENT_TOKEN_TO_BE_REPLACED
Social media
and networks
Subscribe to our
newsletter