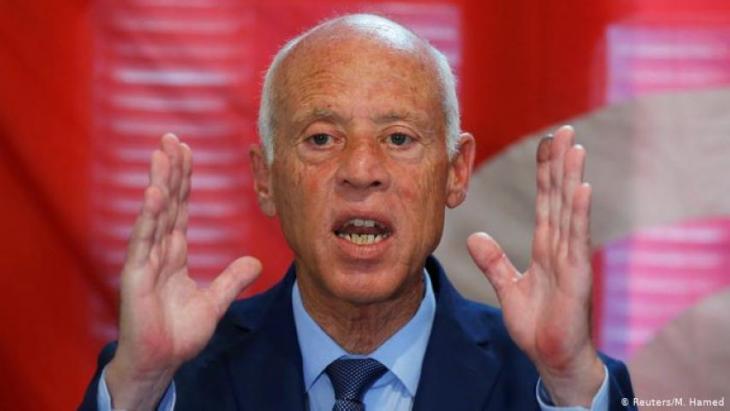 Polling in the Maghreb
Presidential run-off in Tunisia, but will anyone vote?

Tunisia’s parliamentary elections on 6 October – the penultimate poll before Sunday’s presidential run-off – delivered a very fragmented result without a clear majority. Whoever emerges as victor will face a tough task, fighting widespread voter fatigue and disillusionment with the political establishment. By Alessandra Bajec

More than 1,500 lists and 15,000 candidates were running for the 217-seat assembly. Tunisia’s parliament chooses the prime minister, who in turn forms a government that sets most domestic policy. With much public attention going to the initial round of presidential elections, held on 15 September, citizens went to the ballot indifferent, undecided or little aware of the importance of electing a new parliament.

"Since Essebsi passed away, Tunisians have been focussed on the presidential elections, forgetting the legislative ones – which are crucial," said 29-year-old Ajer in El Mourouj, a commune in the southern suburbs of Tunis, on an election day that came and went without much enthusiasm.

Voter apathy was visible across the country. Two hours before voting stations closed at 6pm, the electoral commission gave one final push for voters to participate, raising the total turnout from 23.49% to 41.3% by the time polls closed. That proved a little lower than the 45% reported in the first presidential round, but well under the over 60% achieved in the 2014 legislative election, according to the Independent High Authority for Elections (ISIE). 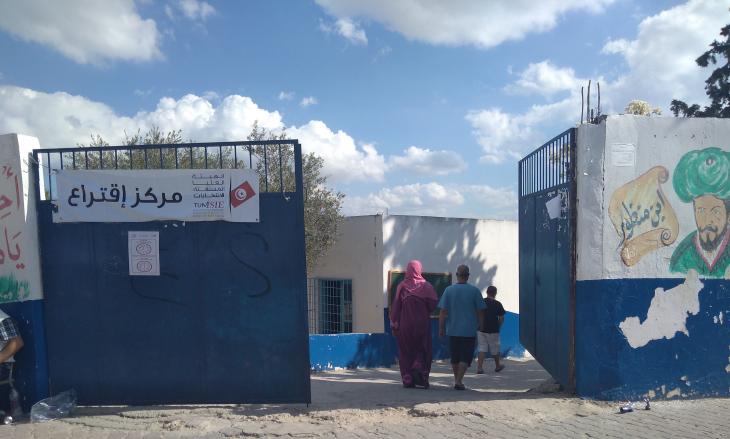 An opportunity to vent their frustration: distrust with the political establishment has made Tunisians uninterested in or hesitant about voting. "The country is going badly, the economy is bad. Our vote was anti-system this time," said a retired man named Boubaker. His wife Asma added: "We voted for an independent candidate. We hope he will bring security, improve the economic situation and boost our purchasing power"

The weak participation in Sunday’s vote was undoubtedly the result of the tight electoral schedule, the lack of a voting awareness campaign and – most importantly – general exasperation with the political elite. Polling stations within the capital and in the provinces recorded a modest trickle of voters during the first half of the day.

"People have been rushed through this electoral race. They haven’t had enough time to review the candidates’ programmes and make their choice," Saied, 40, noted inside a polling station in El Mourouj, accompanied by his wife Rabia and two children.

Several people lamented the lack of clarity and differentiation between electoral programmes. Seifeddine Ben Tili, coordinator of Tunisian NGO Al Bawsala, a parliamentary watchdog, observed: "Although the majority of the competing lists centred their discourse around the socio-economic dossier, there was no real action plan set out in their programmes."

Nouara may be 65, but she is ready to join thousands of others who burn their ID and pay traffickers for the chance of a new life in Europe. Zineb Bettayeb reports END_OF_DOCUMENT_TOKEN_TO_BE_REPLACED

In Doha, Arabs from Morocco, Tunisia, Egypt and Algeria are gathering to celebrate the first ever FIFA World Cup to be held on Arab soil. The criticism from Europe? Over the top, ... END_OF_DOCUMENT_TOKEN_TO_BE_REPLACED

After a two-year hiatus, the Arab League re-convened at the beginning of November in Algiers against a backdrop of uncertainty and discord. By Pierre Boussel END_OF_DOCUMENT_TOKEN_TO_BE_REPLACED

In the run-up to the COP27 global climate summit, hosted by Egypt in November, it is worth noting that little rainfall, aggressive heatwaves and worsening drought make the Middle ... END_OF_DOCUMENT_TOKEN_TO_BE_REPLACED

Tunisia's economic and political instability and the increasing reluctance of Europe to take in job-seeking migrants is leading many Tunisians to head for sub-Saharan Africa in ... END_OF_DOCUMENT_TOKEN_TO_BE_REPLACED
Author:
Alessandra Bajec
Date:
Mail:
Send via mail

END_OF_DOCUMENT_TOKEN_TO_BE_REPLACED
Social media
and networks
Subscribe to our
newsletter