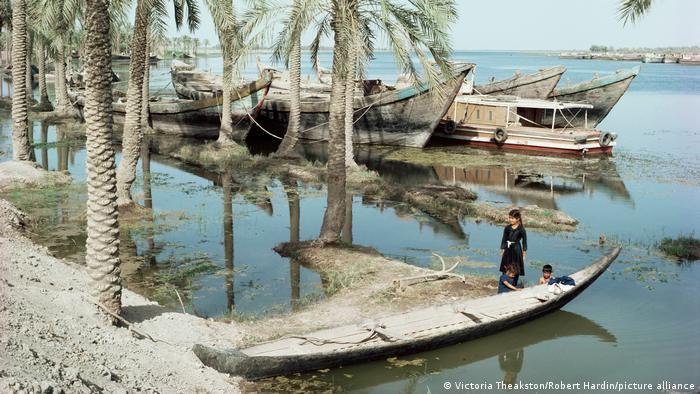 Banished from paradise: in Biblical times, paradise was where Adam and Eve lived, supposedly the area between the Euphrates and Tigris rivers – until God banished them from the Garden of Eden because they nibbled on the forbidden fruit from the Tree of Knowledge. There are still lush oases on the banks of the river, but people's lives there today are anything but paradisiacal. 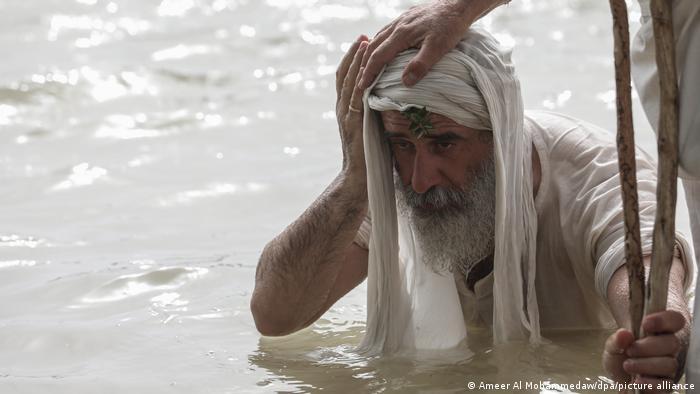 River baptism: John the Baptist baptised people, including Jesus of Nazareth, in the waters of the Jordan River, symbolically cleansing them of their sins. For the Mandaeans in Iraq, one of the oldest religious communities in the world, he was the last prophet on earth. To this day, they believe in the power of water and regularly purify themselves in the Tigris – just like their prophet once did 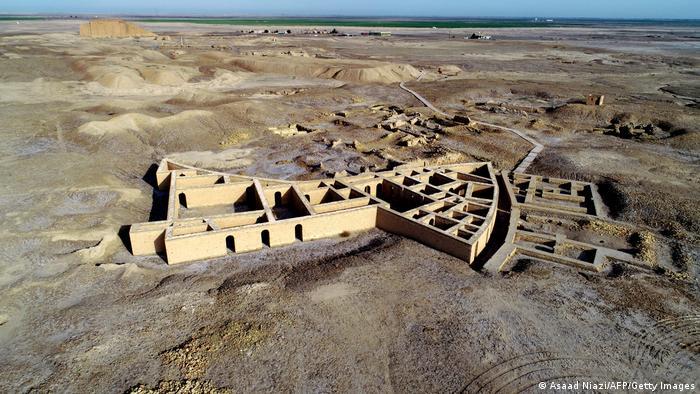 Abraham's home: villages that would later become powerful empires were founded in Mesopotamia about 5,500 years ago. Today, most of this historical region lies on Iraqi territory, between the Euphrates and Tigris rivers. In ancient times the land was very fertile, today it is barren and sandy. Abraham once lived here, in the city of Ur 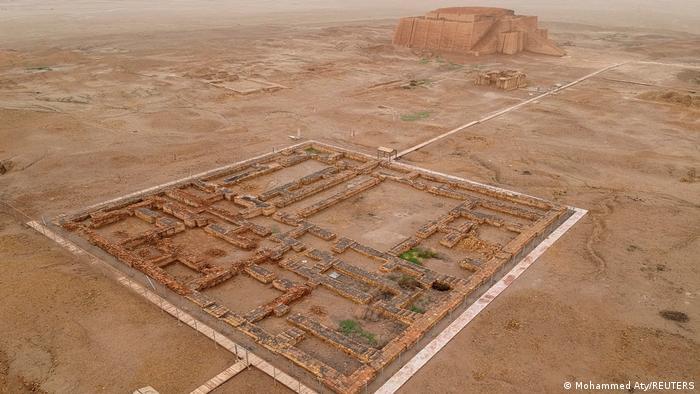 Holy land: Ur dates back to 4,000 BCE. It is one of the oldest cities whose ruins have ever been discovered by archaeologists, and is thought to be the cradle of civilisation. According to the Bible, it is where God ordered Ur-native Abraham to leave for the Promised Land, Canaan. On his Iraq trip, Pope Francis is expected for a visit 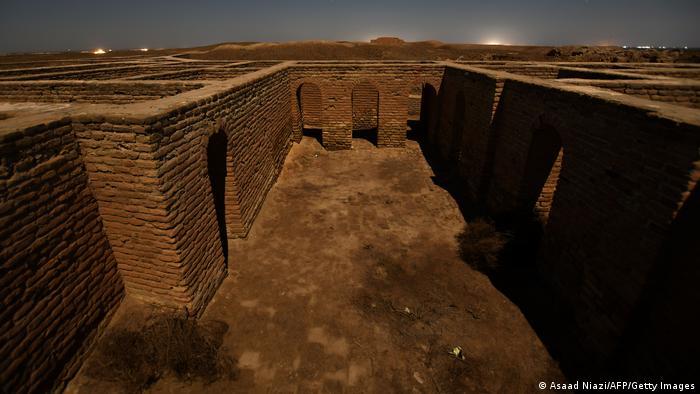 Important figure in three world religions: Abraham is a key figure in the Old Testament. God repeatedly tested him, and demanded the ultimate proof of his faith: the sacrifice of his son. Abraham went ahead with the preparations but was stopped by God just in time. God also told Abraham his descendants must be circumcised, a practice that Jews and Muslims still follow today 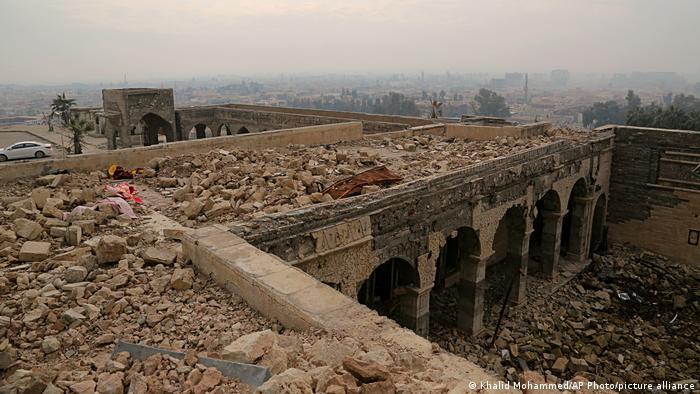 Destroyed pilgrimage site: Nineveh, the capital of the Assyrian Empire, also stood on the Tigris River. The ruins of the ancient city can be found in Mosul. "Islamic State" (IS) militants in 2014 destroyed the Mosque of the Prophet Jonah, an ancient church re-purposed by Muslims, said to be where he was buried 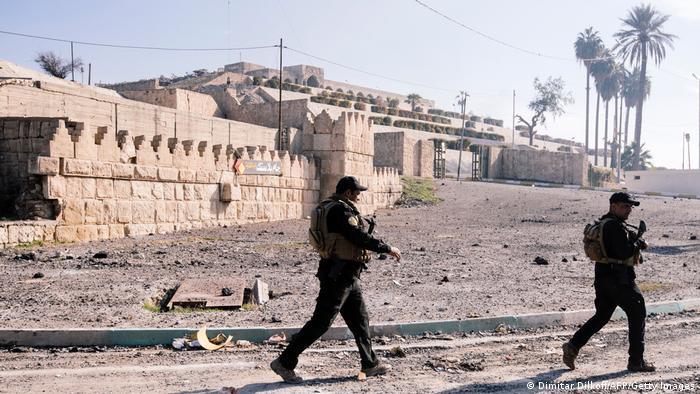 Jonah and the whale: The pope is also scheduled to visit Mosul because Jonah's tomb was a revered pilgrimage site for Muslims and Christians alike. The prophet was told to announce God's judgement of sinful Nineveh. He boarded a ship to flee, but the vessel capsized in a storm. Jonah survived because a whale swallowed him whole and later spat him out, according to the Bible 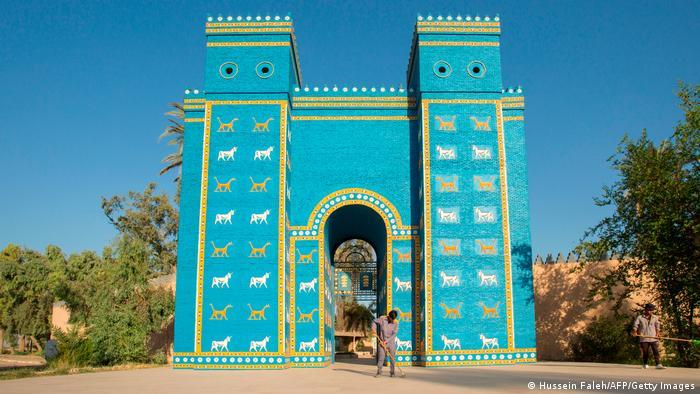 Tower of Babel: perhaps this is what the magnificent Ishtar Gate, built during the reign of Nebuchadnezzar II (605-562 BCE), looked like. Today, there is only this replica of a city gate through which people once streamed into the city of Babylon. But the people of Babylon wanted more than a gate: a tower so high it would reach heaven 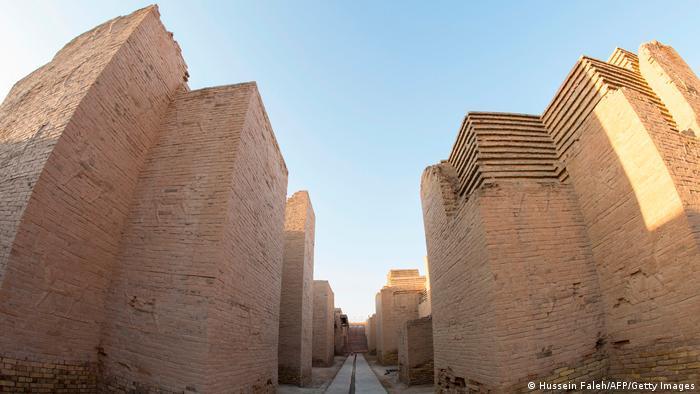 The fall of Babylon: God prevented the tower by creating so many languages that people could no longer communicate. According to Isaiah 13:19-22, God wanted to annihilate Babylon: "And Babel, the glory of kingdoms, will never be inhabited or lived in through all generations," it says. "Desert creatures will lie there, jackals will fill her houses; there the owls will dwell, and there the wild goats will leap about" 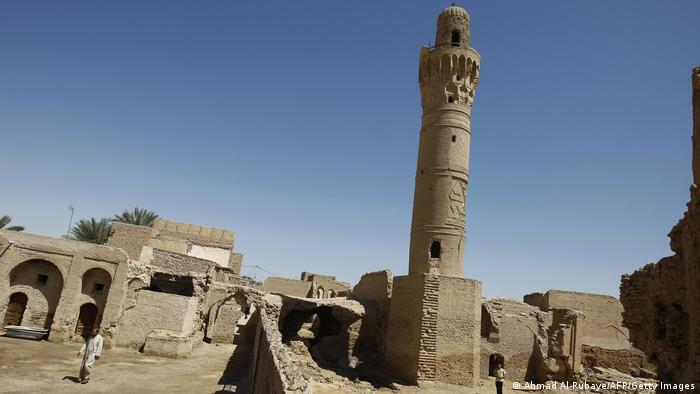 Another prophet, Ezekiel: Ezekiel, the son of a priest, lived as a captive among other exiles in Babylon under King Nebuchadnezzar II. He chastised the people for idolatry and prophesied the downfall of cities and nations that turned away from God. Legend has it that the tomb of the prophet Ezekiel is located in the Iraqi village of al-Kifl 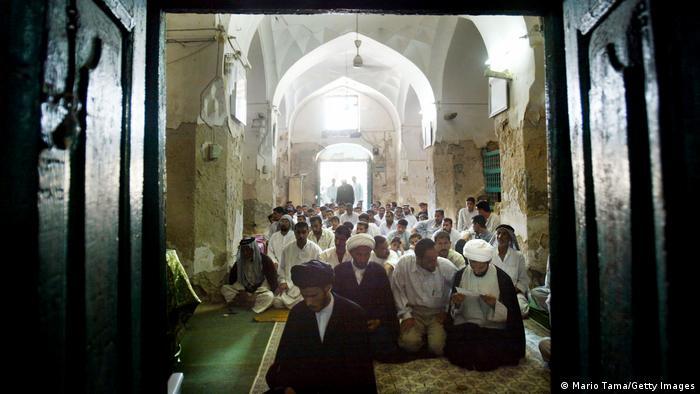 Holy shrine for Jews and Muslims: Jews have been making pilgrimages to the tomb of the Prophet Ezekiel since the 10th century. 200 years later, Muslims also claimed the burial place of "Dhu l-Kifl", a shrine that is strategically located on the traditional route of the Hajj caravans from Iraq and Iran, as a destination for pilgrims 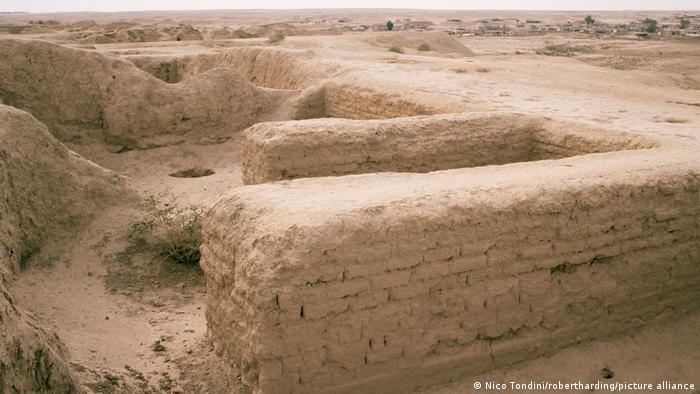 Reign of terror: Assur is the name of a god, a city and the once powerful Assyrian nation – a name that struck fear in the hearts of people in the Ancient Near East. The kings of Assyria, whose empire extended as far as Egypt, ruled with brute force. In the Bible, Assur is used only as a synonym for Assyria; the city itself is not mentioned 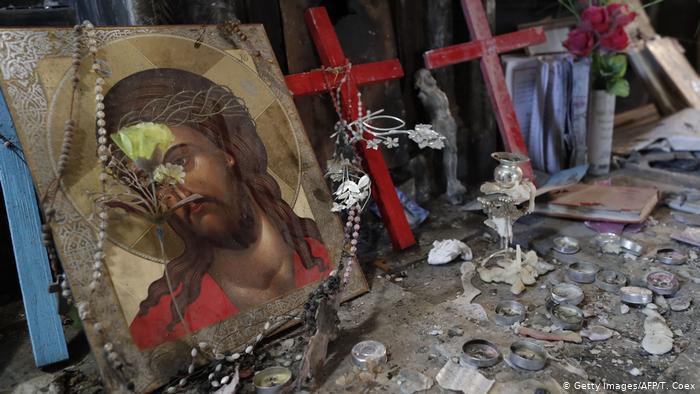 Fleeing IS: Iraq faced a reign of terror in the 21st century. When Islamic State (IS) militants invaded the town of Baghdida, also known as Karakosh, near Mosul, almost all families fled north. About 97% of the population are Christians – people IS considers infidels that should be killed. About 250,000 Christians live in Iraq today, less than 1% of the population 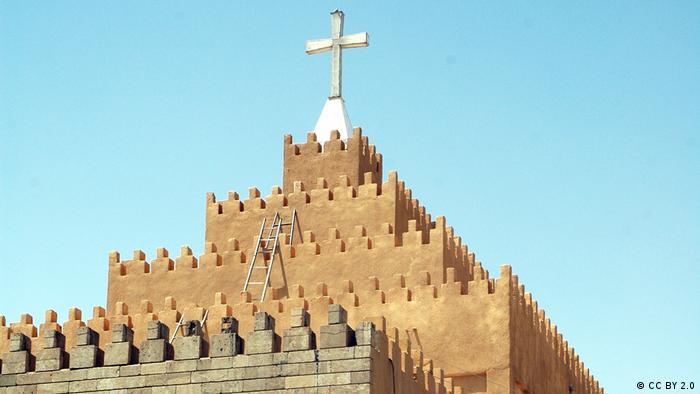 Prayer for Christians: St. Joseph Cathedral in Ankawa near Erbil is the seat of the Patriarch of the Chaldean Catholic Church in Iraq, built on historic ground. Traces of the fighting between the army and the Islamic State are visible everywhere, both in Erbil and Mosul. Prayer will be the means by which Pope Francis gives hope to his fellow Christians

END_OF_DOCUMENT_TOKEN_TO_BE_REPLACED
Social media
and networks
Subscribe to our
newsletter