A Sober Look at Freedom

With his "Portrait of the Colonised" Tunisian-French sociologist and writer Albert Memmi laid forth a seminal work of decolonialism in the 1950s. This work was followed recently by "Portrait of the Decolonised", in which he draws a very sobering balance. Kersten Knipp visited the son of Jewish Arab parents in Paris 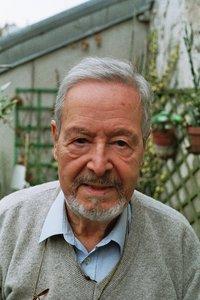 Caught between the tensions of three cultures: Albert Memmi

​​The writer expresses a restrained hope. It's quite likely, he wrote, that the European colonised nations knew how to take advantage of their pending or already won independence. But this was by no means a given. Decades of foreign governance had turned the citizens of the young nation-state into insecure, clueless and disoriented people. Before hope for a prosperous future could be realised, it would be necessary to overcome their own inhibitions.

"Portrait du Colonisé" (the English translation, "The Colonizer and the Colonized", being published in 1965) is the title of the 1957 essay by Tunisian author and sociologist Albert Memmi. The title suggests that the author did not hesitate to draw the portrait in broad generalised terms. "The colonised" for Memmi was a type of human being without characteristics, whom "the colonist" did not view as an individual, rather, as part of a collective, one out of a mass placed at his service. This ideology was so overpowering that the colonised had nothing to counter it with: "He did not feel responsible, or guilty, or sceptical – he was out of the game. In no respect was he the subject of history."

This short essay became one of the seminal reference texts of the independence movements in the second half of the twentieth century. And if the writer captured the spirit of the time so aptly, it was because he himself was caught between the tensions of not just two, but three cultures.

Born in 1920 in Tunis as the son of a Jewish artisan family, Memmi was not drawn to the religion of his ancestors. Instead, as he reports, he was attracted to the ideologically detached, non-binding culture of the West – although he as the student at a French lycée in Tunis could not take his position in this culture for granted. At the same time he discovered that his Jewish descent stigmatised him in the Tunisian majority society – the fact that his native language was Arab made no difference.

In 1956, the year in which Tunisia and Morocco won their independence, he departed for Paris. There he soon accepted a chair in sociology, published numerous essays and novels, all of which revolved around questions of a fragile identity.

​​Then in the new millennium Memmi took another appraising look: What have the liberated countries done with their independence? The answer, published in his 2004 essay "Portrait du Décolonisé" ("Decolonization and the Decolonized", published in English in 2006), is sobering: not much at all.

The recently revived enthusiasm for Islam in the Arab world he points to as a reaction to the political demoralisation of the region, the ubiquitous corruption and nepotism, as well as the power obsession of the political leaders. They, he wrote, are often more tyrannical and greedier than the colonial rulers of former times. Primarily occupied with preserving their own power, they are little interested in the problems of the countries in their charge – lack of education, poverty, unemployment.

The long-time conflict with Israel is thus an absolute boon for them. The collective resentment of the region is unfailingly channelled here. The Palestinians draw little benefit from this: "They are the infantry of the Arab world, which flatters them in order to sacrifice them more easily." This, of course, does not change the fact that the Israelis, if they want to live in peace in the long term, will have to relinquish the territories inhabited mainly by Palestinians.

​​The second part of the essay Memmi devoted to the French of Maghreb descent, for their enthusiasm for their new homeland is not honoured by the receiving society. On the contrary, the presence of the Maghrebi is a painful reminder to the French of their colonial adventures. The immigrants find refuge only in the migrant districts. Willing and ready to abandon the traditions of their old homeland, here they encounter them again in a more concentrated form.

In the narrow confines of "ghettos" the immigrants become aware of how little integrated they are into the majority society. This gives them cause to fall back on their old identity – which their sense of orientation however, has long lost: "When someone insists so strongly on his identity, it is only because it is already endangered."

Just like 50 years ago Memmi also dares in his new book to raise a cautiously hopeful look into the future. The solution for the coexistence of old and new French citizens, old and new Europeans, he sees in "métissage", the mingling of cultures, their gradual opening to each other. Why, he concludes in his book, should we not be able to imagine a Muslim as the mayor of Paris? Or a Jew at the head of an Arab state? It may take quite a while until this happens, but hope we can and must, even if only cautiously.

Malek Alloula
A Peep inside the Harem
In his book "The Colonial Harem", author Malek Alloula takes a closer look at some of the clichés and prejudices of the colonial era. Amin Farzanefar examined this collection of old harem postcards in relation to colonial history.

France
Colonization Flap
Not even one month after nationwide rioting, the French government is again under fire. This time it faces mounting pressure to revoke a law that says educators should cast a positive light on the country's colonial past. Eleanor Beardsley reports

END_OF_DOCUMENT_TOKEN_TO_BE_REPLACED
Social media
and networks
Subscribe to our
newsletter