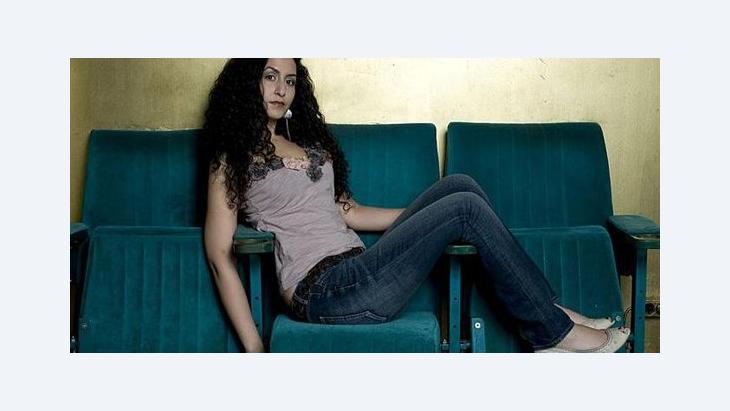 "To live singly and free like a tree, yet brotherly like a forest. That is what we yearn to do." These lines, which were written by the Turkish poet Nazim Hikmet, have been with Defne Sahin since her childhood as the daughter of Turkish parents in Berlin. They also inspired her first album. Katrin Wilke reports on a young jazz singer with a cosmopolitan, literary approach to her music

The last lines from Nazim Hikmet's famous poem "Davet" (Invitation) make for the perfect frame for Defne Sahin's album Yasamak (Live). The disc is a collage of new musical arrangements of poems and texts by the poet, who hails from Turkey – just like Sahin's parents.

Hikmet himself was born in Thessaloniki, then part of the Ottoman Empire, but spent much of his life away from Turkey, including many years in Moscow. The free-spirited poet, who died 48 years ago, was cosmopolitan without losing sight of home, traits shared by the 27-year-old singer, who has been at home in the world ever since she was a child.

Freedom as a source of inspiration 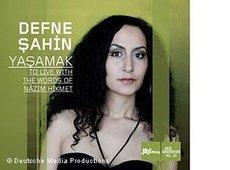 Idiosyncratic and individual: on her CD, which was released at the end of October, Defne Sahin combines lyrical compositions with the poems of Nazım Hikmet

​​The word "freedom" comes up often in Sahin's cheerful but pointed comments. It's a word that was equally important to the strong-willed and politically defiant Nazim Hikmet, who spent nearly a quarter of his 62 years in prison.

The thirst for freedom that Defne Sahin senses in Hikmet's lines finds its way onto her own debut album. Dünyayi verelim cocuklara (Let us give the world to our children) is a poem that has been swimming in Sahin's head ever since she was a little girl. The text was Hikmet's first. Sahin took a shot at setting it to music five years ago, and it has become one of the most striking of the 11 songs on her first release.

The young singer's love of freedom was bound to lead her to jazz at some point. She enjoys the search for a personal language and sound as well as the space to improvise. In her view, jazz opens up possibilities that fit perfectly with the sweeping arcs Hikmet followed in his thought and art.

Sahin got an early start in training for her career. Born in Berlin, she visited a number of schools and got involved in every possible musical outlet she could find before heading to the United States to attend high school for a year. In the birthplace of jazz, she fell in love with the genre once and for all. She sang in a big band and realised that she had to keep going and become a professional singer.

The German–Turkish singer then studied jazz singing at the Berlin University of the Arts. There, she came in contact with jazz greats like David Friedman and Judy Niemack. A stay in Barcelona at the Catalonia College of Music advanced Sahin's ambitions further. She found a kindred spirit in her Catalonian teacher, jazz singer Carme Canela. Both women have similarly clear, open singing voices that they lend to jazz and Brazilian pieces. 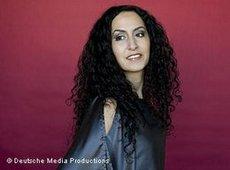 Jazz singer Defne Sahin studied singing in Barcelona and Berlin and has long been a name on the Berlin jazz scene; she has also toured in Brazil and South Africa

​​Sahin composed most of the songs that appear on her album in Barcelona, near the sea, which also played an important role in Hikmet's poetic world. Those compositions will soon be put to the test at the closing concert of PopCamp, a music academy and workshop sponsored by the German Music Council. There, Sahin will perform with her trio – fellow PopCamp participants on bass, piano and drums – along with other bands.

When the industrious singer finds time between her many concert dates, she's happy to get away from Berlin and head to Istanbul. In her second homeland, she has been working on another literary and musical project. Together with musicians from both cities, she's setting modern poems about the city on the Bosporus to song.

Defne Sahin is more than just an interesting new voice in jazz. In her small way, she brings together two countries and two cultures – Germany and Turkey – that don't always have an easy time understanding one another.

END_OF_DOCUMENT_TOKEN_TO_BE_REPLACED
Social media
and networks
Subscribe to our
newsletter