Mohammed Abed al-Jabri is without a doubt one of the most important contemporary Arab intellectuals. His work focuses on the failure of the Enlightenment in the Islamic world and the search for an Arab identity in modernity. Sonja Hegasy introduces the Moroccan philosopher 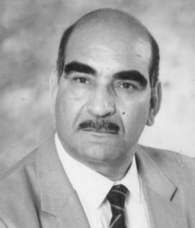 ​​The starting point of Mohammed Abed al-Jabri's work is the question of referential authority in Arab-Islamic societies. Who determines Muslim history? Who is entitled to read women's rights into the sacred texts? What kind of technical or social innovations are allowed and with what justification? These are all issues pointing to a basic conflict about the individual's power of judgement.

Al-Jabri holds the view that the changes brought by modernity to the Islamic world also bring about change in the religion of Islam. In fact, this can be observed everywhere. Islam in Morocco differs considerably from Islam in Malaysia as well as from the Islamic convictions of "Black Muslims" in the United States.

Yet, this is where Jabri's approach encounters resistance in the Arab world, as many Arabs still consider themselves the custodians and preservers of the "true" and therefore only Islam.

In his four volume work, The Critique of Arab Reason, al-Jabri analyses the structural boundaries of scientific ways of thinking, which he regards as the cause of the failure of the modernization process in the Arab world.

​​In the introduction to his first volume from 1984, al-Jabri includes his The Critique of Arab Reason in a series of publications on the theme of crisis and renaissance of Arabic culture that have appeared over the last hundred years.

His work revolves around the issue of how knowledge is produced. This has led al-Jabri to investigate the grammar of the Arabic language, as well as Muslim law, theology, mysticism, rhetoric, and philosophy.

According to al-Jabri, these fields all exhibit the same structures of knowledge production. He claims that the method of analogy is deeply rooted in thinking within the Arab-Islamic cultural sphere, as this method was carried over from Islamic jurisprudence to all fields of science.

In the science of religious interpretation (ulum al-bayan), the unknown is always classified below that of the already known. Reasoning in the natural sciences (ulum al-burhan) is, by analogy, based solely on deduction. Mysticism (ulum al-irfan), on the other hand, has meant for most intellectuals a retreat into the private sphere, so that here, as well, no momentum towards modernization can arise.

Al-Jabri criticises these three types of understanding as posing the greatest barrier towards innovative and modern thinking, as a prescribed pattern for interpreting the past can also have consequences for the politics of today.

By contrast, European and Greek culture, al-Jabri notes, are not only characterized by the division between knowledge and magic, but, in particular, by their concern with the conditions for the possibility of thinking.

He calls for giving up the idea of unity (tauhid) outside of the religious sphere, because only in the clash of various and contradicting theories and theoreticians, between the natural sciences, religion, and state power does the necessary dynamism for progress develop.

In his works, al-Jabri shows the relativity and contextuality of the Arabic cultural heritage and concludes that it cannot provide any guidelines for action in the modern world. He also argues against the polemic that the individual striving for reason, protest, and criticism are "imported drugs from the West" and will only weaken the Muslim world. 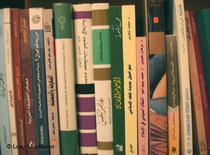 In his works, al-Jabri illustrates the relativity and strong ties to context of Arab cultural heritage

​​Since the 1970s, al-Jabri has been one of the advocates of a radical, secular leftist society in the Arab world. He was one of the active members of the Union Nationale des Forces Populaires (UNFP), the left wing of the Istiqlal party, which split off from the main party in 1959.

After the UNFP was banned in Morocco in 1973, he served from 1975 to 1988 as a member of the politburo of the Union Socialiste des Forces Populaires. Al-Jabri is co-author of a philosophy textbook published by the Ministry of Education and used as teaching material.

In his position at the university, al-Jabri has introduced a generation of alienated students to their historical heritage and its unorthodox trends. He has greatly contributed to the discourse on Arab identity by popularizing philosophical and scientific knowledge within the framework of his political activity and through his teaching. In 2008, he was awarded the Ibn Rushd Prize for Freedom of Thought in Berlin.

Al-Jabri proposes the thesis that the structure of Arabic thinking has until now not brought forth a "scientific revolution" and subsequently no modernization, because it has internalized the systems of religious interpretation.

To work out and exemplify these structures of thought is among the most important tasks needed in order to overcome the intellectual standstill in the Arab world.

A plea for the freedom of thought 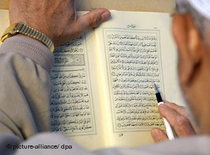 ​​By deconstructing religious interpretation and law, al-Jabri's philosophy has taken on a political edge. Al-Jabri deconstructs the position of Islamists, who produce a straight line, supposedly objective, and overpowering story in order to prescribe a single identity upon the individual.

Al-Jabri's approach to the theory of knowledge begins with an emancipatory impulse, as he places the engaged citizen who is able to interpret historical and contemporary events at the centre of his endeavour.

He regards the freedom of the individual and the differences between individuals as the core of social (self-) organization. Differences become a constitutive basis for society. Here one finds the social explosiveness of his work.

Yet, for al-Jabri, mastering a tradition means knowing its various aspects and thereby recognizing its relativity and historicity. Only those who are open to innovation can shape the future. Innovation and creativity can only blossom where there are no bans on thought.

Sonja Hegasy holds a PhD in Islamic Studies and is Vice Director of the Centre for Modern Oriental Studies (ZMO) in Berlin, Germany.

Ibn Tufayl: Philosopher as Autodidact
An Arab Robinson Crusoe
For the first time, the Felix Meiner Verlag has published the text of a classical Arab philosopher in its venerable and much-consulted "Philosophical Library" series – the philosophical novel Hayy ibn Yaqzan by Ibn Tufayl, a 12th-century Andalusian author. Dag Nikolaus Hasse introduces the work.

The Turkish Reformation
The Islam of Today Lacks a Philosophy
Turkish Islam has arrived in today's world, writes Zafer Senocak in his essay. But, he says, the Islam of today still lacks a philosophy, and it avoids the fundamental issues

END_OF_DOCUMENT_TOKEN_TO_BE_REPLACED
Social media
and networks
Subscribe to our
newsletter