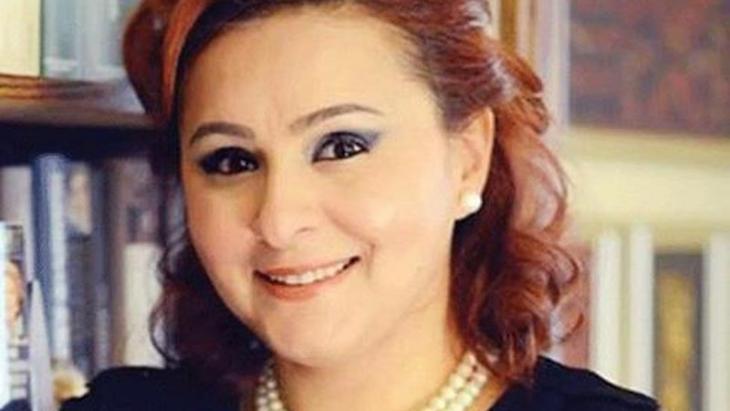 Portrait of the Syrian writer Shahla Ujayli
Lessons in empathy

Born into a family of celebrated Syrian authors and academics, Shahla Ujayli is herself a successful writer. Winning the Jordan State Award for Literature in 2006 with her debut publication, "The Cat's Eye", Ujayli has now been shortlisted – for the second time – for the International Prize for Arabic Fiction. By Marcia Lynx Qualey

Shahla Ujayliʹs uncle, Dr. Abdel Salaam Ujayli (1918-2006), was an esteemed novelist. As a child, his were some of the first works she picked off her parentsʹ overflowing bookshelves, and she read Dr. Ujayliʹs novel The Immersed People "over and over."

Ujayliʹs mother taught her to memorise poetry, while her father was a well-known architect and restorer of ancient cities. It was thanks to him, she says, that she read beyond fiction and poetry: "about the history of art, architecture, and geography… books about dams, bridges, airports, agriculture, physics, energy, politics, economics, and the biographies of great people."

Unsurprisingly, she went on to study literature, earning a doctorate from Aleppo University. Her first novel, The Catʹs Eye, was published in 2006, winning the Jordan State Award for Literature. It was in Jordan that Ujayli took up a post teaching Arabic literature and it was also in Jordan where she grew steadily more well-known as a writer. Then, in 2016, she shot to regional fame, when her A Sky So Close to Our House was shortlisted for that yearʹs International Prize for Arabic Fiction (IPAF).

The following year, Ujayliʹs surreal, folktale-inspired short-story collection A Bed for the Kingʹs Daughter won the Kuwait-based Almultaqa Prize for the Arabic Short Story. Her latest novel, Summer with the Enemy, has made the 2019 IPAF shortlist.

These influential new awards, funded out of the Gulf, have come with a measure of controversy and disappointment. But Ujayli sees them, overall, as a positive development. "Awards in Arab countries were long confined to national institutions, or to governments and writersʹ unions."

This, she says, meant there was too much weight put on "personal relationships, ideologies…and on a particular type of subject matter." Although the new prizes depend a great deal on individual judges, Ujayli says they also have the potential to be fair. 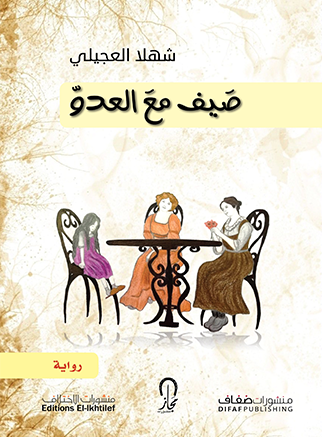 Novels set in wartime should be works of art, not political statements: Ujayli is careful to craft writing "thatʹs not vulgar, and not propaganda, and not like whatʹs provided by the media"

One of the most controversial aspects of Ujayliʹs 2015 novel, A Sky So Close to Our House, was how it centres on a Syrian woman who is undergoing cancer treatment in exile during her countryʹs civil war. At her worst, the protagonist focuses almost wholly on her own suffering, which she believes is even worse than living under bombardment in Raqqa.

Some critics objected to the parallels the book draws between cancer and war, feeling it minimised the latter. But Michelle Hartman, who translated the novel into English – as A Sky So Close to Us – notes that these moments feel "absolutely real."

"There are moments when she does not care about her sisters and father in Raqqa, the people suffering under the bombs," Hartman says. "The honesty of that moment of selfishness we feel when we are extremely ill and perhaps about to die, especially as it is connected to cancer, is so intense and so accurate."

It wasnʹt long ago that Ujayli watched her own mother die of cancer. But she chose cancer not only because of the personal connection, but also because it "entails genuine suffering. The disease is suffering, and the treatment as well."

Yet there is not only suffering. The disease, she says, also creates space for the patient – and the people around them – to re-think their lives.

But even as Ujayli focuses on individual suffering, she doesnʹt flinch from bringing Syriaʹs current violence into her novels. It appears both in A Sky So Close to Our House (2015) and in Summer with the Enemy (2018).

Here, she is careful to craft writing "thatʹs not vulgar, and not propaganda, and not like whatʹs provided by the media." Setting a novel during wartime isnʹt about explaining grand narratives, she says. Instead, war novels "must be concerned with the lives of individuals, not with political transformations, and not with one half the truth while ignoring the other."

The narrative should be a work of art, not a political statement. But more than that, "it should commiserate with my tragedy and be a solace, as we also search for sympathy in our writing[.]"

Like the iron-willed Naguib Mahfouz, Ujayli says she writes every day during set hours. Outside of that, she does research "in a scientific manner" about the subjects of her books. As she works, her books have a soundtrack. With Summer with the Enemy, she listened to Rachmaninov and Chopin "every day for almost two years." With A Sky So Close to Our House, she listened to the songs of Dalida, Lara Fabian, and Edith Piaf, and also attended concerts, since "music is an integral part of the text.

Ujayli is open both to ideas for novels and for short stories. The idea for a story is "small, sharp, and simple – as if a small stone had just fallen on your head." An idea destined to turn into a novel is different. It "insinuates itself into your head and builds itself over time. Like a pushy guest, it comes in and stays with you for two years or more, and even if you close the doors on it, it will come in and get tangled up in your relationships, your history, your imagination, and your daily doings with the world."

But whether sheʹs writing a story or a novel, she says you shouldnʹt expect her to return your calls. "Iʹm very negligent with formalities; I rarely go out, or visit people, or check the messages on my phone."

Ujayli is also an academic and, since finishing Summer with the Enemy, sheʹs been at work on a study of the Arabic novel in the last century. As to what she appreciates about novels, itʹs not flowery prose: "I find it regrettable when I run across novels with a childish tendency toward poetic language, where all the characters speak in metaphors, analogies, and adages. Who said all the characters in a novel were there for wisdom and lessons!"

And yet there are many lessons in empathy in Ujayliʹs novels – particularly in how to recognise ourselves in the sufferings of others.

Any reconciliation between Turkey and Syria’s Assad regime would have disastrous consequences for many Syrians, explains Syria expert Kristin Helberg END_OF_DOCUMENT_TOKEN_TO_BE_REPLACED

There are signs of an imminent normalisation of relations between Turkey and Syria. This would allow Erdogan to score political points domestically before the upcoming elections ... END_OF_DOCUMENT_TOKEN_TO_BE_REPLACED

As Syrian camps housing families of Islamic State fighters get more dangerous, there are calls to bring children out, even if the mothers don't want to go. The idea of separating ... END_OF_DOCUMENT_TOKEN_TO_BE_REPLACED

Where are the measures to deal with the looming challenges facing the Arab world? In this commentary, Marwan Muasher warns that the region is in grave danger of falling behind ... END_OF_DOCUMENT_TOKEN_TO_BE_REPLACED

At the end of every year, the team at Qantara.de gives you a run-down of the ten most-read articles on the site over the past 12 months. Here is a quick overview of the stories ... END_OF_DOCUMENT_TOKEN_TO_BE_REPLACED

Social engagement is often motivated by religious factors. A new book explores the background to these community efforts and appraises how effective they are in helping to ... END_OF_DOCUMENT_TOKEN_TO_BE_REPLACED
Author:
Marcia Lynx Qualey
Date:
Mail:
Send via mail

END_OF_DOCUMENT_TOKEN_TO_BE_REPLACED
Social media
and networks
Subscribe to our
newsletter