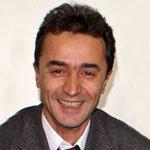 Qantara.deTurkey as a Laboratory of Islam?Synthesis of Islamic Thought, Secularism, and Modernity In June, the highest Islamic authority in Turkey caused surprise by announcing that it will define a new, modern Islam. At least as far as the subject of women is concerned, the Diyanet, the Directorate of Religious Affairs, wants to present a modern image. Volker S. Stahr reports Portrait Ali BulaçBeyond Conservatism and Nationalism For some, the Turkish intellectual Ali Bulaç is a pioneering thinker of a backward-looking political Islam, whilst for others he represents a modern reformed Islam that renounces political ideology of any kind. By Guenter Seufert

END_OF_DOCUMENT_TOKEN_TO_BE_REPLACED
Social media
and networks
Subscribe to our
newsletter