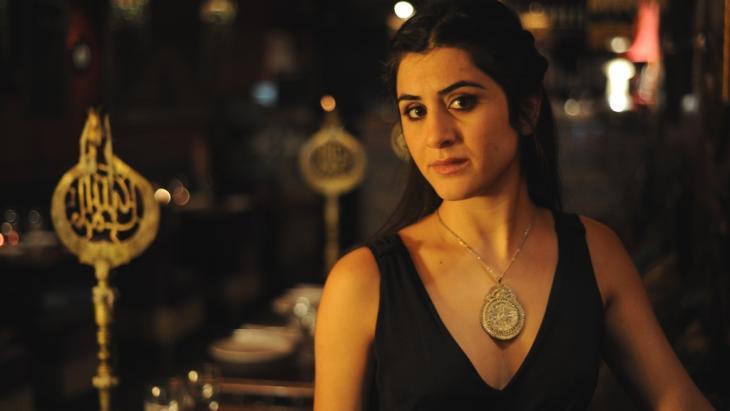 Portrait: the singer Cigdem Aslan
Songs of the outcasts

Rebetiko is a musical genre that describes the emotionally charged songs of Greeks who were expelled from Turkey in the wake of the population exchange of 1923. Cigdem Aslan, a young Kurd from London, lends her powerful voice to the stories behind these songs. By Marian Brehmer

Cigdem Aslan has an exuberant charm. As she talks about herself in an accent that sounds vaguely British, a pair of golden earrings dances in the air to the rhythm of her hand movements. It is half an hour before the concert, and the band is rehearsing one last time. Suddenly, Aslan is called to the hall. She rushes to the stage and has to sing a few bars before she can continue talking.

Cigdem Aslan's European tour kicks off in Berlin. Aslan's music belongs to the Rebetiko genre, which is also known as the "Aegean Blues". Rebetiko evolved in the aftermath of the Greek-Turkish population exchange in the 1920s. Greeks who had lived in the cities of the Ottoman Empire for generations suddenly found themselves catapulted over to the other side of the Aegean. A new music culture arose among these people, who were viewed as outcasts in Greece's cities, drawing upon their experiences of displacement and migration.

Music from the underground

Rebetiko became an underground music genre – playful, but always with an air of the disreputable and touched with melancholy. "Nevertheless, Rebetiko is not sad. The songs originate from the outlaws of society, but they also tell about the normal ups and downs of life," says Cigdem Aslan.

The Rebetiko repertoire grew to a few hundred songs, which were sung in Greek but borrowed many oriental elements from the Turkish homeland. For precisely this reason, Rebetiko was looked down on in Greece for many years. After Greece gained its independence from the Ottoman Empire in 1821, Greece saw itself as a European country and wanted to distance itself from all things Turkish.

Cigdem Aslan's music combines a variety of sounds from Turkey, Greece and the Balkans. According to Marian Brehmer, her voice is "powerful, sometimes rough and sometimes vibrant"

The first time Cigdem Aslan performed Rebetiko songs was with classmates when she was a young student at Istanbul University. "In those days, we tried out several music styles which make up Istanbul's colourful culture," she recalls. She felt intuitively drawn towards Rebetiko.

Growing up as a child of Kurdish-Alevi parents, the cross-identity message of Rebetiko is not unfamiliar to Aslan. Her family used to live in the "Gecekondular" ("shacks built overnight") in one of Istanbul's immigrant quarters. At home, her parents didn't speak Kurdish because they feared their children would then do the same at school. In the 1990s, the Kurdish language was still a bone of contention, even in Istanbul.

Later Aslan, who was born in 1980, moved to London to study music. As she recalls, the international environment of London inspired her on a musical level as well. It was in England that she met the current members of her band, with whom she mostly recorded songs from the early days of Rebetiko. With one exception, all of them are Greek. With a guitar, a violin, a double bass and a qanun (a kind of oriental zither), the Rebetiko sound is perfect.

The opposite of a housewife

The jury of the renowned Preis der Deutschen Schallplattenkritik (German Record Critics' Award) certainly saw things this way too. It said that Aslan's first album, "Mortissa", was "an exceptionally convincing debut" and included it in its "Quarterly Critics' Choice". "Mortissa" is the Greek name for a woman who likes drinking, smoking and dancing and is not averse to being in the company of men. "A 'Mortissa' is tough and independent and likes being on her own. She is the opposite of a housewife," laughs Aslan, adding that most of her songs are about such "Mortissas".

About an hour later, Cigdem Aslan takes to the stage with a spring in her step to the energising rhythms of the instruments. She wears high heels, a pretty black mini dress and has a broad smile on her lips. For the next one-and-a-half hours, she plays the Mortissa, dancing across the stage, singing and darting flirty glances at her male band colleagues. Her music is full of an infectious energy that not only emanates from Aslan's own personality but is also created by the talented musicians around her.

The songs played during the concert combine different styles and contain echoes of the Turkish, Greek and Balkan music cultures in equal parts. Cigdem Aslan's voice is powerful, sometimes rough and sometimes vibrant. She appears almost ecstatic while singing in Turkish about the "girl with lips like cherries".

In this song she repeatedly and abruptly stops singing, letting out a short squeal during the subsequent break in the instrumental accompaniment before smartly picking up the lively beat again. The people in the club, which is packed to the rafters, are soon in the mood for dancing. At first, a group of Turkish women get things going, moving their hips to the rhythm. Then, gradually, more and more people start clapping and moving their bodies.

Aslan sings some of her songs entirely in Greek. In order to be able to sing them, she learned some of the language of the country that for many years was locked in hostility with Turkey. In Aslan's band, such cultural identities are not important. "Each of us carries his own cultural experience into the band. That's what this music lives on," she says.

Before one particular song, Cigdem Aslan pauses for a while. She says that she would like to dedicate the song to the miners killed in the Soma mine collapse. Just like the protagonists of the Rebetiko songs, the miners were members of society who fell foul of big politics.

An extract from the lyrics of the song "To Dervisaki" (Little Dervish) demonstrates the typical raw tone of the Rebetiko style: "I am a little dervish, who was thrown out of Smyrna (Izmir). All I do is get drunk and smoke hash at the Café Aman. When I play taximi music, my passion is aroused; I remember my homeland and my heart melts." 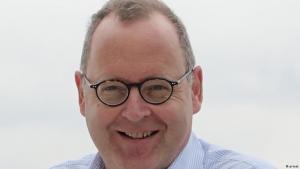 Research project "The Global Qur'an", brainchild of Professor of Islamic Studies Johanna Pink and sponsored by the European Research Council, analyses the history and ... END_OF_DOCUMENT_TOKEN_TO_BE_REPLACED

Each year, thousands of people travel to the Turkish city of Konya to attend a week-long series of events and ceremonies that mark the death of the 13th-century Islamic poet, ... END_OF_DOCUMENT_TOKEN_TO_BE_REPLACED

A wedding extravaganza of bright colours, flowers, feasting and dancing, yet the bride, Nefie Eminkova, who comes from Bulgaria's Pomak – Muslim – minority, can see none of it. ... END_OF_DOCUMENT_TOKEN_TO_BE_REPLACED

A new Netflix drama series showcasing Istanbul's Jewish community in the 1950s depicts a once multicultural city. It is a production that pulls no punches, exposing dark chapters ... END_OF_DOCUMENT_TOKEN_TO_BE_REPLACED

Every year in December, the team at Qantara.de takes a look back at the articles that proved most popular with our readers. This year is no different. Here is a run-down of the ... END_OF_DOCUMENT_TOKEN_TO_BE_REPLACED
Author:
Marian Brehmer
Date:
Mail:
Send via mail

END_OF_DOCUMENT_TOKEN_TO_BE_REPLACED
Social media
and networks
Subscribe to our
newsletter