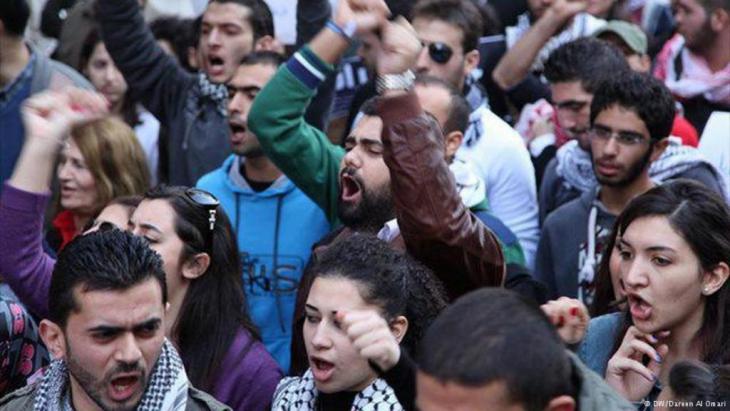 The Arab world is locked into a huge cycle of violence. At the same time, reformers are isolated - both within the regimes and outside them. Those who advocate violence, on the other hand, sense momentum and are growing in number. And they are convinced that the future will be a violent one. An essay by the Kuwaiti political scientist Shafeeq Ghabra

On the one hand, it is possible that large sections of the ruling Arab elites have arrived at the conviction that the Arab Spring has come and gone – that now everything will continue in an orderly fashion as it did before. And that as a result, change is no longer necessary.

On the other, hundreds of peaceful activists in Arab nations have been forced to learn the lesson that their own regimes are diametrically opposed to participatory, interactive citizenship characterised by basic rights, thereby directly contradicting the concept of statehood. They have realised that what is good for the Arab political system is bad for the state, and that what would be good for the state, is bad for a regime that opposes reform.

Perhaps this also explains why increasing numbers of Arabs – think of IS and Al Qaida – are taking up arms and thereby consciously or unconsciously declaring war on the nation state. This begs the question: what needs to happen to make Arab regimes implement political and democratic reforms? Do they really want to put off doing this until the situation escalates anew, until there are further revolutions, yet more violence, economic crises and a total implosion? Have they really been left cold by everything that has already happened, just because they favour the logic of power over the logic of history?

Only a few Arab nations have initiated measures that give grounds for optimism. Morocco, for example, has introduced a number of conciliatory reforms in recent years that are worthy of note, while Tunisia has also changed political tack in the wake of the Arab Spring and the revolution there.

These examples show that it is possible to implement reforms without paying heed to those narrow personal interests and privileges that render the Arab regimes incapable of seizing the spirit of the age and buying into democracy. Some sections of the Arab ruling elites might be ready to introduce reforms, but they are hesitant to oppose those forces that espouse a monopoly on power and elite clan domination.

The return of the Jacobin terror regiment

History has shown that the French Revolution of 1789 was only possible because for years previously, the French monarchy had supported the American Revolution in a bid to weaken England. England was indeed defeated in the American War of Independence, but royalist France haemorrhaged economically as a result of its policies. 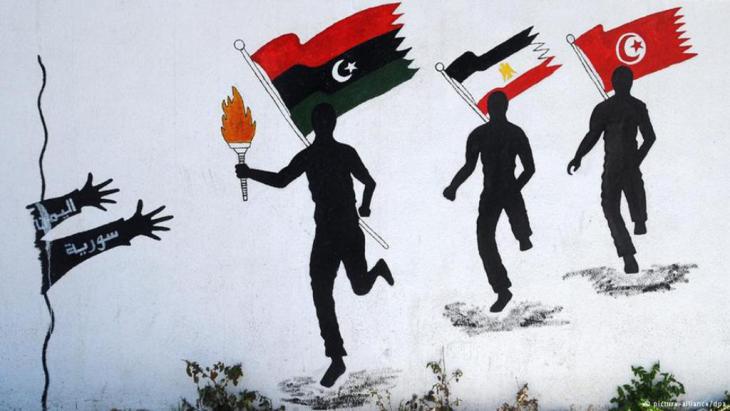 "Many Arab regime representatives maintain that Arab societies are not ready for power shifts, participation and compromise. But it must be worrying to each and every observer that nations that have been independent for more than 60 years are supposedly still not ready for civil liberties, party pluralism and democracy", writes Shafeeq Ghabra

As Eric Hobsbawm presents it in his book ″The Age of Revolution″, this meant the French Revolution resulted from the support given to the American Revolution against the British crown. We also know that the French King at the time had intended to introduce economic and political reforms before the Revolution, but that his plans met with resistance from the aristocracy, the nobility and other privileged individuals, who were not ready to make any concessions at all despite the levels of popular anger.

Following the revolution of 1789, France's aristocratic elite conducted its counter-revolution from Germany, with German support. Hobsbawm tells of some 300,000 French noblemen and princes who went to Germany after 1789. The whole of Europe trembled in fear of the revolution and made ready for an offensive. But this very confrontation further radicalised the French Revolution and resulted in violent excesses, when the Jacobins (who were just as bloodthirsty as Al Qaida and IS) assumed power in 1792. With the Jacobins, France entered the same bloody phase that a part of the Arab world finds itself in today, as a reaction to the counter-revolution. What we are currently experiencing is just the beginning.

Not prepared for a shift in power, participation and compromise?

Many Arab regime representatives maintain that Arab societies are not ready for power shifts, participation and compromise. But it must be worrying to each and every observer that nations that have been independent for more than 60 years are supposedly still not ready for civil liberties, party pluralism and democracy. The question is, what have the Arab regimes done with their populations over the decades and what they are now thinking of doing in the future in order to arrive at more transparent and responsible participation? An exaggerated fear of democracy, freedom of speech and a shift in power is having a destructive effect on the Arab world.

Within the Arab system of rule, members of the opposition are still being locked up because of this short-sightedness and the dominance of particular interests. Because they express their opinions, writers are being detained because of a book, or activists sentenced to death because they have taken part in a demonstration or reject a particular law. Newspapers are being boycotted, books banned and liberties curtailed. Arab regimes still fear freedom and civil rights and are at the same time involved in an even more difficult confrontation: one against increasing violence.

The Arab world is caught up in a tremendous mechanism of violence; simultaneously any reformers are isolated, both within the regimes and outside them. They are not encountering any political will, and they lack social strength. But those who pursue a violent approach – also those within regimes and outside them – are sensing impetus. They are becoming ever more numerous and they are convinced that the future will be a violent one. 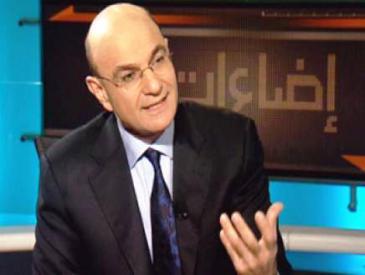 Shafeeq Ghabra is Professor of Political Science at the University of Kuwait. He is a well-known contributor to leading Arab daily newspapers .

Egypt is just one example of this. At its grassroots, Arab society is aware that the elites are corrupt, particularly in business and politics. There is no escaping this scenario, and it spawns nothing but violence.

A new kind of terror

The war against terror progresses naturally in phases, and since the emergence of Al Qaida and IS it has already passed through many stages. But IS represents a new kind of terror. The terror militia controls 45 percent of Syrian territory and large parts of Iraq. It collects taxes, makes laws - in short, it is in the process of establishing a political entity. IS could indeed founder over its own extremism, but through it we have entered a phase in which armed groups attempt to erect their own state on the ruins of the one before. The introduction of reforms represents the only effective means of prevention.

At present, nothing can halt the decline of the Arab world. The price of oil has fallen and is unlikely to recover to its former level. This means the rich nations are also forced to spend increasing amounts of money to maintain a minimum level of public services and defence capabilities.

Policies on development, the health service, education and production will also fail as long as the Arab world has no partnership with free citizens whose rights are protected by the law.

Migration is no longer only a phenomenon of poorer Arab nations; the citizens of wealthier nations in the region are also doubting whether the values of citizenship and justice can be feasibly introduced in their countries, either now or in future. This exodus is a further challenge with respect to emergent neighbouring powers, such as Iran and Turkey, as well as the collapse of Arab states that were previously leaders in the region.

For this reason, refraining from initiating political and economic reforms is guaranteed to trigger the decline of entire states and nations, thus paving the way for yet more foreign interference.

Home
Print
Newsletter
More on this topic
Political rule before and after the ″Arabellion″: Internal colonialism and counter-revolutionPopular unrest in the Middle East: Who says popular demand for change is off the agenda?Interview with Rami G. Khouri: Fragmentation of the Arab world
Related Topics
Arab Spring, Arabellion, Democracy and civil society, Free speech and censorship, Freedom of the press, Rule of law
All Topics

Alaa Abd el-Fattah, arguably Egypt’s most prominent democracy activist, has just been handed another lengthy prison sentence. Despite this, a book of his writing has recently been ... END_OF_DOCUMENT_TOKEN_TO_BE_REPLACED

People in Arab countries have been talking more openly about sex and sexuality for some time now, especially on social media. And for the first time ever, they have the vocabulary ... END_OF_DOCUMENT_TOKEN_TO_BE_REPLACED

A prominent rights group in Egypt, the Arabic Network for Human Rights, is ending operations just as the country braces for a controversial NGO law. Is this the beginning of the ... END_OF_DOCUMENT_TOKEN_TO_BE_REPLACED

Moncef Marzouki was Tunisia's first democratically elected president after the fall of dictator Ben Ali. Today he is the most prominent critic of increasingly counter- ... END_OF_DOCUMENT_TOKEN_TO_BE_REPLACED

Asef Bayat, professor of Sociology at the University of Illinois, Urbana-Champaign, has been studying revolutions and how they affect people since 1979. In his recent book, " ... END_OF_DOCUMENT_TOKEN_TO_BE_REPLACED

Every year in December, the team at Qantara.de takes a look back at the articles that proved most popular with our readers. This year is no different. Here is a run-down of the ... END_OF_DOCUMENT_TOKEN_TO_BE_REPLACED
Author:
Shafeeq Ghabra
Date:
Mail:
Send via mail

END_OF_DOCUMENT_TOKEN_TO_BE_REPLACED
Social media
and networks
Subscribe to our
newsletter