The question of whether religious texts are interpreted in a tolerant or a hostile way is closely tied to the historical context in which the interpretation takes place. The responsibility for terrorism lies first and foremost with people and not with the religious texts themselves, says Assem Hefny, a lecturer at Al-Azhar University

Following an attack by a Muslim or Christian terrorist, there is always a determined effort to link terrorism to a particular religion. At the same time, you will always hear voices on the other side of the debate doggedly denying that there is any kind of link between religion and terrorism.

The brutal attack by a terrorist claiming to be a Christian, which took the lives of 50 Muslims in New Zealand just over two weeks ago, has re-ignited the discussion about the relationship between religion and terrorism. Muslims in particular took the attack as an opportunity to defend their faith and to make it clear that Islam has nothing to do with terrorism. Otherwise, so this argument goes, it would be just as valid to see a general connection between Christianity and terrorism, based on the religious affiliation of the Christchurch attacker.

In the midst of these often emotionally-charged defences, the really important questions are lost – the answers to which could help to shed light on the complex and problematic relationship between religion and terrorism.

The central question here is: what kind of understanding of religion and its various dimensions allows people to see a direct connection between faith and terrorism in the first place? The following remarks are confined to an exploration of one specific dimension of religion: the social or cultural and historical dimension.

People who view religion in this way find it easy to say things like, "That has nothing to do with Islam!" or: "Islam is in no way responsible for such crimes!". They justify this view by citing quotations from the Koran that plead for peace and harmony among all people. 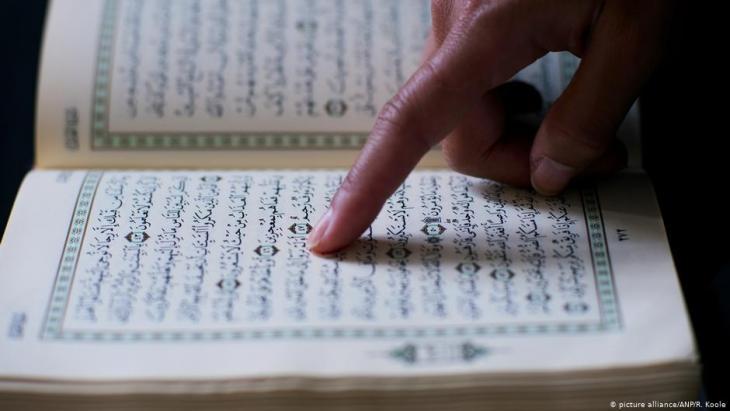 Despite their good intentions, they overlook the fact that their opponents are taking exactly the same approach, but aiming in the opposite direction. They, too, remove the texts – and with them, the religion as a whole – from their historical context. Itʹs just that these people concentrate on the hostile content and attempt to use these passages to prove their own point: if you read them on a superficial level, they seem to legitimate violence and wars.

However, this process assumes a clear separation between texts and the world people live in, which is not sustainable: you canʹt read and interpret religious texts "in a vacuum", removed from the specific realities of life. Of course, this applies as much to Islam as it does to Christianity and other religions.

From an epistemological point of view, it is obvious that you cannot draw clear boundaries between the text on the one hand and its interpretation and use by followers of that religion on the other. People read and understand these texts, based on their cultural upbringing, their environment and their political and economic situation.

This is a view most probably shared by Caliph Ali, from whom a saying has been passed down: it is not the pages of the Koran that speak; it is the people through whom they speak. No text exists independently of the world; texts interact with the world through the medium of people. The conciliatory interpretation of religious writings always wins through at those times when tolerance is also an important component of peopleʹs general attitude.

Home
Print
Newsletter
More on this topic
Germany post-Christchurch: Showing a stunning lack of solidarityAfter the massacre in New Zealand: Breaking the cycle of violenceTerror attacks on mosques in New Zealand: A rupture in our civilisation
Related Topics
'Islamic State' | IS, Al-Qaida, Clash of civilisation, Immigration, International terrorism, Islam and the West, Islam in Europe, Muslims in the West, Radicalisation, Right-wing populism
All Topics

Surging coronavirus cases in many parts of the world have overshadowed the start of this year's Muslim holy month of Ramadan, with festivities once again curtailed by contagion ... END_OF_DOCUMENT_TOKEN_TO_BE_REPLACED

German Middle East analyst Guido Steinberg and television journalist Ulrich Tilgner have both published new books on the conflicts in the Middle East. Their analyses and their ... END_OF_DOCUMENT_TOKEN_TO_BE_REPLACED

On 27 March, Iran and China signed a 25-year accord intended to foster "strategic co-operation". Despite ongoing uncertainty over the deal's actual scope, content and chances of ... END_OF_DOCUMENT_TOKEN_TO_BE_REPLACED

In Grenoble, France, two professors have been pilloried in a dispute over the use – or otherwise – of the term Islamophobia. Is freedom of speech in jeopardy? By Stefan Dege and ... END_OF_DOCUMENT_TOKEN_TO_BE_REPLACED

Comments for this article: Who is responsible for the violence?

"when tolerance is also an important component of peopleʹs general attitude." But that is also subject to a given socio-economic context. Also, where is the tolerance of the major powers when they carry out acts of terrorism (state terrorism) through wars or other means, or when they lay out the foundations of violence through global socio-economic policies? "Terrorism" should be replaced by "violence" in its different forms, because the former has been defined and interpreted by state actors and ideologues who do not apply it the structural violence of the state, be it "democractic" or authoritarian.

END_OF_DOCUMENT_TOKEN_TO_BE_REPLACED
Social media
and networks
Subscribe to our
newsletter