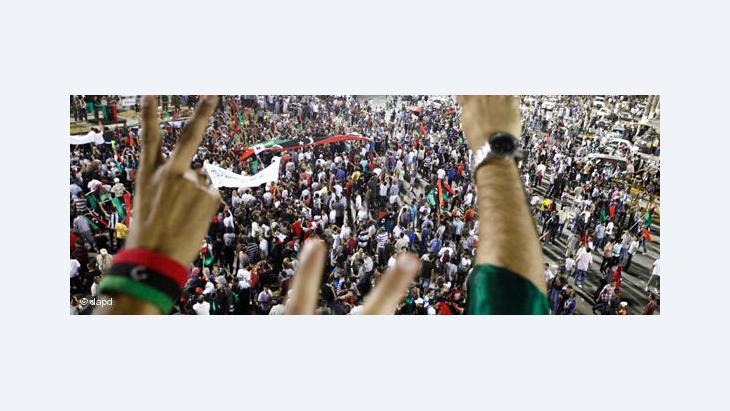 ﻿There are many pitfalls ahead for post-Gaddafi Libya – but there are also many reasons to be optimistic about the success of post-conflict reconstruction, says Stefan Wolff in his assessment of the country's mid-term perspectives

As the agenda in Libya now decisively shifts to thinking about the reconstruction task ahead of the new government and its supporters in the international community, different scenarios paint variously optimistic and pessimistic pictures. Roland Paris on the website of the Canadian International Council finds reasons for optimism in Libya, while Diana West in The Washington Examiner cautions that "What U.S. ignores about Libyan rebels could be lethal". While West paints a gloomy, but not entirely unrealistic picture of an anti-American/anti-Western regime emerging in Libya, Paris concedes a rocky road ahead for the Libyan transition, but one with important advantages compared to many other such situations elsewhere in the world.

In my own view, there are many pitfalls ahead for Libya, including many beyond the control of the incoming transitional government and the international community. And even those where events can be shaped by skilful local leaders and effective diplomacy, the challenges are significant. 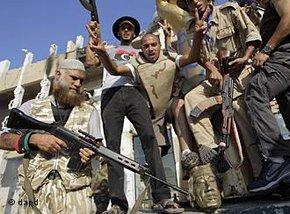 The success of the NTC depends primarily on how effectively it can assert control as a government but also on how much the different factions can keep their own supporters in check, says Wolff

​​The first of these challenges relates to establishing institutions that can enable an effective political process in Libya in which the National Transitional Council (NTC) can get the country functioning again. This requires the NTC to extend control across Libya and to defeat or at least containing the resistance that the old regime is still offering.

While this may take some more time, establishing security, law and order, especially in the crucial urban areas where the majority of the population is concentrated and which have seen the heaviest fighting is a task at which the NTC is already working, and with some success at that.

As the NTC begins to run a new government, it also needs to maintain as much political consensus among its different factions as possible and to retain broad regional and international support, particularly to get access to Libyan assets abroad and tap into the current international goodwill to address immediate humanitarian needs and the longer-term reconstruction task. In this short list of essential tasks, many uncertainties are hidden (and not so hidden).

The danger of prolonged low-level insurgency

Defeating remnants of the old regime seems likely, and with the continued assistance of NATO, will probably not leave much spirit or many resources at the hands of Gaddafi loyalists. Yet, unless the dictator and his inner circle are caught, unless financial and material supply routes are comprehensively cut off, there is a danger of at least a prolonged low-level insurgency. The Taliban recovered from their defeat in 2001 and the Sunni insurgency in Iraq gathered intensity long after the capture and execution of Saddam Hussein.

The reluctance of the African Union, especially South Africa, to recognise the NTC for as long as fighting continues indicates both reservations about the NATO-backed ouster of Gaddafi and that the dictator retains a network of contacts and supporters across the continent. AU recognition may only be a matter of time, but the delay in it at this time reflects divided loyalties as much as it bears the seeds of future uncertainty. 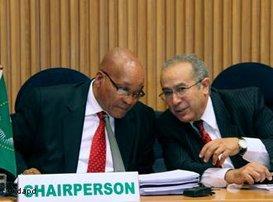 ​​In the Balkans, it took more than a decade for some measure of stability to be established, much aided by the departure of war-time leaders on all sides. Yet, old wounds – locally, regionally, internationally – were easily reopened in the wake of Kosovo's declaration of independence and its partial international recognition.

Restoring law and order in key population centres may also be more of a challenge. We have not seen so far the widespread looting and reprisals that often occurs in the course, and immediate aftermath, of violent regime transitions. But if the humanitarian situation deteriorates, if essential public services are not resumed quickly, the security situation may deteriorate, and looting and reprisals may escalate.

Whether such a vicious circle will indeed follow, depends on not only on how effectively the NTC can assert control as a government but also on how much the different factions can keep their own supporters in check.

Managing relations within the NTC and between the NTC and Libyan population constitutes another challenge. Rival factions, and their leaders, will all claim their rewards and posts for supporting the revolution, and they will need to demonstrate to their followers that their sacrifices were worth it. At the same time, the message of reconciliation with former supporters of the regime that the NTC has repeatedly emphasised is clearly right and important, but it will be difficult to translate into a concrete reality if fighting continues, news of regime atrocities keep emerging, and peace dividends remain a promise only.

In other words, leaders and followers alike will need to sense that they are better off not only without Gaddafi but also by refraining from seeking to resolve disputes by violence rather than politics, even if that means uncomfortable concessions and compromises.

Planning for the post-Gaddafi era

The Draft Constitutional Charter for the Transitional Stage published by the NTC reflects the significant extent of planning for the post-Gaddafi era that has been going on over the past months. It speaks of the efforts made to establish inclusive institutions and set a clear path to democratic elections, but leaves a level of discomfort when it determines Islam as state religion and Shari'a as the principal source of legislation. Elections and the process of drafting a permanent constitution will eventually give the Libyan people a clear say in what kind of new Libya they wish to live in, but it may yet be a far cry from what many Western supporters of the revolution and NATO's involvement envisioned. 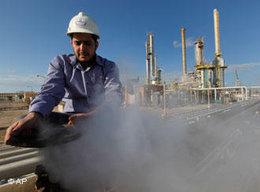 "Libya, given its oil and gas wealth will be less dependent on international hand-outs than many other post-conflict countries," writes Wolff

​​The new Libya is more likely than not going to be a better place than Gaddafi's regime, but so are Iraq compared to Saddam Hussein's regime and Afghanistan compared to the rule of the Taliban. Yet neither is a model of stability or beacon of democracy.

International support for toppling Gaddafi grew significantly over the past seven months since the Libyan uprising began in February 2011. The NTC is now recognised by almost 60 governments as the only legitimate authority in the country (crucially, though, not yet by the African Union, albeit by some of its member states). Yet, in the same way as the real extent of political consensus within the NTC is unclear, the international agenda of post-conflict reconstruction remains equally unclear.

Eventually, a regionally backed UN mission is likely, and Libya, given its oil and gas wealth will be less dependent on international hand-outs than many other post-conflict countries. But it is equally obvious that visions for a post-conflict Libya are likely to be rather different between the US, the EU, the AU, the Arab League, Russia and China – all of whom, albeit to different degrees, will shape the mandate of any UN mission in Libya.

The fact that the EU was deeply divided over the military support NATO provided and that what was called a NATO mission was essentially the UK and France carrying more than the lion's share of the military and political burden leaves major questions about the West's strategic role in Libya's reconstruction.

There are many reasons to be optimistic about the success of post-conflict reconstruction in Libya. What the eventual nature of the new Libyan state will be, however, remains to be seen.

Stefan Wolff is Professor of International Security at the University of Birmingham, England, UK. A political scientist by background, he specialises in the management of contemporary security challenges, especially in the prevention and settlement of ethnic conflicts and in post-conflict reconstruction in deeply divided and war-torn societies. His latest monograph is "Ethnic Conflict: Causes—Consequences—Responses" (Polity 2009, with Karl Cordell).

Home
Print
Newsletter
More on this topic
Rebuilding Libya: The Looming Risk of DependencyLibya Post-Gaddafi: Out of the Frying Pan and into the Fire?
Related Topics
All Topics

Cries of "Benghazi!" still resonate across the USA ten years after a deadly terrorist attack in Libya killed the U.S. ambassador and three other Americans. Ethan Chorin re-tells ... END_OF_DOCUMENT_TOKEN_TO_BE_REPLACED

After a two-year hiatus, the Arab League re-convened at the beginning of November in Algiers against a backdrop of uncertainty and discord. By Pierre Boussel END_OF_DOCUMENT_TOKEN_TO_BE_REPLACED

In the run-up to the COP27 global climate summit, hosted by Egypt in November, it is worth noting that little rainfall, aggressive heatwaves and worsening drought make the Middle ... END_OF_DOCUMENT_TOKEN_TO_BE_REPLACED

The southern shores of the Mediterranean Sea are losing sand faster than almost anywhere else. The ecological and economic damage is immense. The good news is, there are ways to ... END_OF_DOCUMENT_TOKEN_TO_BE_REPLACED

A ceasefire has been in effect in Libya for the past year and a half. Yet after Russia's attack on Ukraine, another proxy war looms in Africa's most oil-rich country. Mirco ... END_OF_DOCUMENT_TOKEN_TO_BE_REPLACED

Comments for this article: Possibilities and Probabilities

Nice read, I just passed this

Nice read, I just passed this onto a friend who was doing some research on that. And he actually bought me lunch as I found it for him smile Thus let me rephrase that Thanks for lunch!

As soon as I found this internet site I went on reddit to share some of the love with them.

Im not that much of a online reader to be honest but your blogs really nice, keep it up! I'll go ahead and bookmark your site to come back later. Cheers

END_OF_DOCUMENT_TOKEN_TO_BE_REPLACED
Social media
and networks
Subscribe to our
newsletter