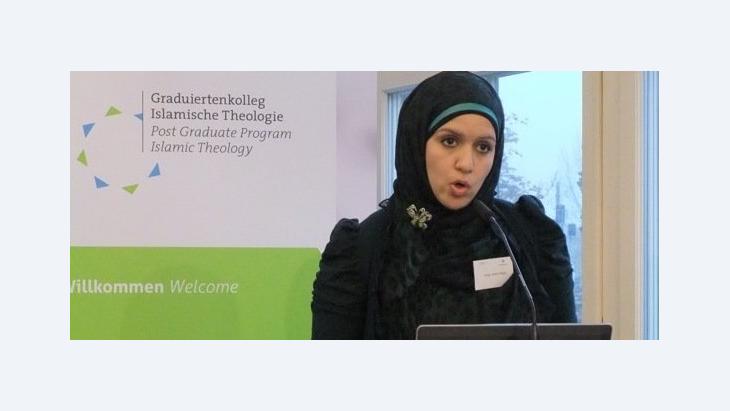 ''Muslim Theologians are Instigators of Change''

﻿Islamic theology is still a very new academic discipline at German universities. It is hoped that a new nationwide post-graduate programme will boost its development, lead to increased representation of Muslims in Germany, and lay the groundwork for the training of state schoolteachers of Islam. As Christoph Dreyer reports, expectations are high all round

Serdar Kurnaz does not suffer from a lack of self-confidence. According to the 23-year-old, his PhD project could open up "a new philological, theological and legal philosophical approach" to Islamic jurisprudence (fiqh).

Nimet Seker is equally confident about her dissertation on gender-equitable approaches to the Koran. In her own words, the 31-year-old wants to "continue and refine" existing attempts to this effect and eventually hopes to advance the methodology of contemporary hermeneutics of the Koran.

Such ambition corresponds well with the high expectations surrounding the first class of a German graduate programme in Islamic theology, which was launched recently in Berlin. The Mercator Foundation, which has pledged to put €3.6 million into the programme by 2016, hopes that in the medium term, the post-graduate programme "will foster the appropriate representation of Muslim opinion in the academic world, schools and public life. It will also lay the foundations for the training German state schoolteachers in Islamic religious studies and educating imams at German universities." 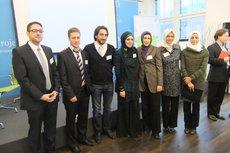 ​​As part of the programme, up to 15 young academics from seven universities will benefit from joint workshops and conferences aimed at furthering their dissertation projects in subjects such as Koranic sciences, Islamic law, systematic theology (kalam), Islamic philosophy and religious educational theory.

There are seven doctoral candidates in the first class. The programme will provide a platform "for the development of something new in Germany, namely the advancement of research from below, which will provide new perspectives on Islam and produce new insights so that Islam may establish itself within the German context", says project coordinator Mouhanad Khorchide of the University of Münster.

Great expectations on all sides

Khorchide says that in this way, the programme is promoting the same aim that the federal government has been pursuing since last year with the creation of four Centres of Islamic Theology. The political expectations are obvious. It's all about an appropriate integration policy and creating the conditions for "the necessary dialogue of cultures", as the Federal Ministry of Education has put it on several occasions.

Harry Harun Behr, spokesperson for the programme and professor of Islamic Religious Studies at the University of Erlangen-Nuremberg, sums up the universities' aspirations as follows: "Muslim theologians move along borders in order to be able to translate between different systems of knowledge management." He goes on to say that Muslim theologians should also have an effect within the Muslim community: "Cautious provocation is part of the trade. Muslim theologians are instigators of change." 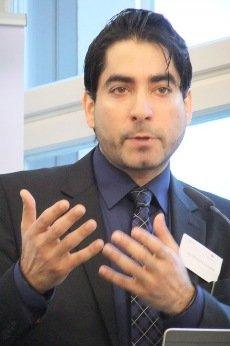 According to project coordinator Mouhanad Khorchide, the programme will provide new perspectives on Islam and produce new insights so that Islam may establish itself in Germany

​​The research projects included in the first round of the programme bear witness to what this might mean in practice. They include subjects such as feminist Islamic theology, the re-discovery of forgotten early Islamic theologians, the historical-critical study of Koran manuscripts, or the role of language, script and reason in the interpretation of the Koran and the prophet's sayings. Strikingly, many of the projects question overly simple concepts of a literal understanding of the canonical sources and might well end up angering conservative Muslims.

However, as far as the programme's participants are concerned – all of whom are young migrants of the first or second generation – their questions are inevitable. According to Tolou Khademalsharieh, an Iranian-born Arabist studying early textual history of the Koran in Münster, the accusation that they are qualifying the Koran's authority by adopting a historical-critical approach isn't all that new. He reminds the audience that the same thing happened when Protestant theologians first applied the concept to the study of the Bible. "But you can't abandon the method just because of such criticism", insists the 31-year old. "If you want to establish Islamic theology in Germany, you cannot ignore the expectations of the academic public."

Similarly, Nimet Seker emphasizes that she isn't inventing the emancipatory potential of the Koran, but instead seeks to re-discover it. "The women's or gender issue is already a discourse among young Muslims", said Seker, a graduate of Middle Eastern Studies and editor at Qantara.de. "People are already discussing it; I'm picking up on that."

Just as with controversial subjects, the young academics show little fear of making contact with Christian traditions of theology and religious educational theory. Afghan-born Fahimah Ulfat, an elementary school teacher by training, is a case in point. She explains the reasons for her interest in Islamic religious educational theory by pointing to the experience of her son, who wanted to join Catholic religion classes at school: "He just said the classes are nice, they talk about God and sing about God. That appealed to him." As a teacher, Muslim and mother, this helped Ulfat understand that children almost thirst for religious instruction; not only so that they can explain their beliefs, but also to think about them in a critical, reflective way.

Ulfat herself also took some classes in Christian religious educational theory when she did her complementary studies in Islamic religious educational theory. While at first she was considered exotic, she thinks she benefited from looking outside the box. "I noticed that the subject is very much based on a scientific foundation", she recalls. Now she wants to achieve this kind of foundation in Islamic religious instruction as well, says the 37-year-old, who is exploring elementary school pupils' notions of God for her doctoral thesis at the University of Erlangen-Nuremberg. 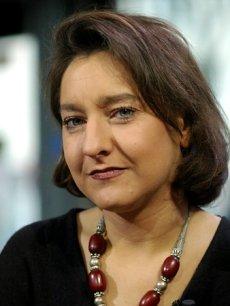 As far as the expectations regarding the programme are concerned, Katajun Amirpur, a Hamburg professor of Islamic Theology, feels that it is up to Islamic theologians to emphasise that they are conducting research, not trying to come up with a kind of integrated Islam to order

​​Such a lack of self-consciousness in dealing with both one's own tradition and the traditions of others shows how confident this young yet full-fledged academic subject already is. "The establishment of Islamic theology (in Germany) can no longer be undone", said Ömer Özsoy, professor of exegesis at the University of Frankfurt. A glance at student numbers is evidence of the great interest, he says.

That being said, representatives and supporters of this discipline fear that it might face threats from a very different source. According to Katajun Amirpur, a Hamburg professor of Islamic Theology, there is certainly an underlying expectation that this discipline will make Islam compatible with democracy and help reduce problems with Muslims. Says Amirpur: "It's up to us to say: We're not engaging in contract research here and won't invent some kind of integrated Islam for you." Seker gave a fitting example of this attitude when talking about her feminist research project: "My goal is not to come up with an explicitly women-friendly reading of the Koran that leaves out anything that is uncomfortable; my goal is to achieve a better understanding."

Wilfried Hinsch, a Cologne professor of philosophy and member of the Wissenschaftsrat (the German Council of Science and Humanities), put forward a similar argument: "The value of science is that it is first and foremost credible as a science. This is how it gains its credibility; not by being put to some supposedly good purpose."

On 15 June, the "Islamkolleg" in Osnabruck officially launched its new training programme for imams in German. The college is intended to prepare Islamic theologians for their ... END_OF_DOCUMENT_TOKEN_TO_BE_REPLACED

For centuries, the great classical Persian author Hafez has inspired German writers. Translations, adaptions and homages have been created in his wake, and the process continues ... END_OF_DOCUMENT_TOKEN_TO_BE_REPLACED

Business in the Moroccan city of Tangiers is booming due to its location at the nexus of global trade routes. But many locals are failing to reap the benefits. What they crave ... END_OF_DOCUMENT_TOKEN_TO_BE_REPLACED

Morocco and the European Union are at cross purposes when it comes to the Western Sahara. And, as Germany does not support Moroccan claims to the territory, a major conflict has ... END_OF_DOCUMENT_TOKEN_TO_BE_REPLACED

Jewish voices are much more diverse than the public often sees. Jewish men and women who oppose the injustice of Israeli occupation in the West Bank deserve our respect and ... END_OF_DOCUMENT_TOKEN_TO_BE_REPLACED

They’ve already got the Louvre; they’ll soon have a Guggenheim Museum as well – and now the Emirates have added literature to their quest for cultural supremacy in the Arab world ... END_OF_DOCUMENT_TOKEN_TO_BE_REPLACED
Author:
Christoph Dreyer
Date:
Mail:
Send via mail

END_OF_DOCUMENT_TOKEN_TO_BE_REPLACED
Social media
and networks
Subscribe to our
newsletter