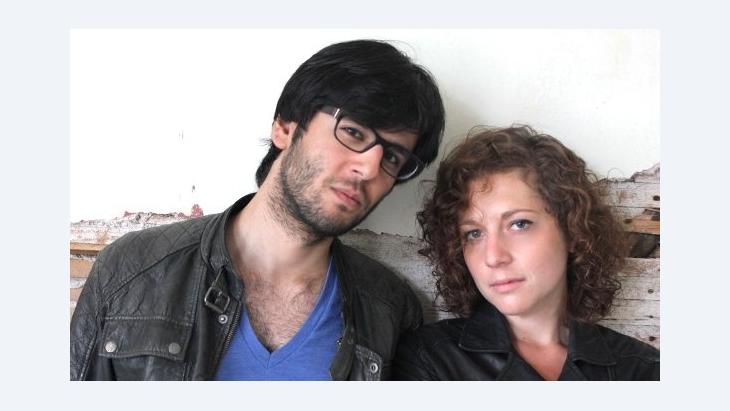 Post-Migrant Literature in Germany
''The time has come to speak out very, very loudly''

The writers duo Marianne Salzmann and Deniz Utlu are pioneers of Germany's post-migrant literary scene. In this interview with Astrid Kaminski, they talk about 'transcultural perspectives', the meaning of subculture and anti-Semitism in Germany

﻿Apparently the two of you were 16 and 18 years of age when you met each other for the first time. What kind of work did you initially do together?

Marianne Salzmann: Both of us were active in the literary scene in Hanover. Deniz was organising lots of readings; I organised the Global Open Stage, a kind of multilingual Poetry Slam; our magazine Freitext ('Freetext') was founded. At some point, Deniz said: "Hey, both of us feel that the same thing is missing from the literature scene! And if books don't exist, well then they just have to be written – why don't we just write them?"

What exactly did you feel was missing?

Deniz Utlu: We didn't really know for sure. We just started writing something that we didn't think was available in bookshops or the like. We didn't intend it to be political at all. We just had the feeling that there was something in the literary scene that had absolutely nothing to do with us. 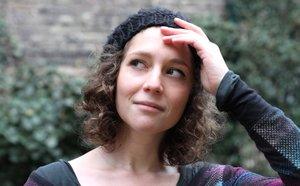 Marianne Salzmann: "The image that is emerging in society at the moment that anti-Semitism has been imported from the Arab countries and from Turkey, enrages me instantly"

​​Salzmann: Today, we would use words like 'transcultural perspectives' and 'marginalised voices' to describe it. But that is the case today, ten years on.

Does your awareness of the approach to your own work go hand in hand with a new social awareness? For example, would it be true to say that the post-migrant theatre that is produced in the Ballhaus Naunynstraße theatre – or even Freitext, your magazine for migrant literature – has moved more into the centre of society?

Utlu: There has certainly been a change, but this change has been more selective than significant. Up to two years ago, for example, the Ballhaus Naunynstraße was still subculture. Freitext celebrated its 20th edition this year; in other words our tenth anniversary. The theatre was full. There were artists, publishers, academics, social researchers there, and all of them were absolutely astonished that a magazine could fill a theatre. This means that we have found an audience that now reaches far beyond Germany's borders to Istanbul or San Francisco.

At the same time, we have the feeling that the German media is still indifferent to certain issues. And not much has changed in that respect, regardless of whether we are 16 and 18 or 26 and 28.

Salzmann: No. On the contrary, I have the feeling that I am living in a different Germany to the one I grew up in. Since 2011 – and this has obviously got a lot to do with the way the Germans handled the right-wing terrorism of the National Socialist Underground, many of our friends are sitting on packed suitcases. 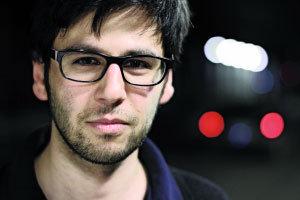 Deniz Utlu: "There have been lots of fantastic German-Turkish filmmakers for 15 or 20 years now. But how many of them are known?"

​​I used to see our magazine more as a cultural magazine; today, it is first and foremost political. I think that the time has come to speak out very, very loudly. Now. Right now. And Freitext isn't just a print magazine; it's also a network for activities, events, and support when someone needs help.

Marianna Salzmann, you sometimes quite provocatively describe yourself as a "privileged white European". But one sometimes get the impression that you – as an educated and talented "migrant" or "post-migrant" – currently play quite a privileged role in a cultural landscape that is slapping itself on the back for its own openness.

Utlu: Allow me at this point to say a few words about the term "post-migrant". The way Shermin Langhoff and the Ballhaus theatre used this term was revolutionary. They were making a clear statement, saying that the debates would have to change. But in terms of identity, there is no such thing as the "post-migrant", just like there is no such thing as a "person of migrant origin". And I don't think that the fact that people can see me that way from the outside makes me privileged in the cultural scene.

The interest is really only restricted to the effect achieved when you hold something up to public view at the precise point in time you happen to need that effect. But that only lasts as long as the stage lights are switched on. And you can see exactly that in the cultural scene. There have been lots of fantastic German-Turkish filmmakers for 15 or 20 years now. But how many of them are known?

Things are not all that different in the literary scene. I've heard that you want to launch a post-migrant literature workshop next year. Will people just be writing in German at this workshop? 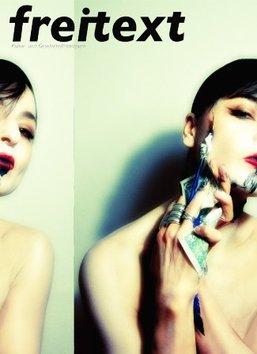 More than just a print magazine: 'Freitext' is also a network for activities, events, and support when someone needs help, Marianne Salzmann claims

​​Utlu: For the time being that is our starting point. But as a rule, German literature does not have to be written in German. Aras Ören, who could be said to have spearheaded the post-migrant literature movement, wrote in Turkish, but was first published in this country.

Salzmann: We are now calling the workshop "New German plays". It's a co-operation between Berlin's Gorki Theater, which will be led by Shermin Langhoff from the summer of 2013 onwards, and the Ballhaus Naunynstraße. We have adopted the post-migrant approach because we want to say that our society is, per se, a post-migrant society. We have been looking for authors and themes for the workshop that represent this state of affairs.

Marianna Salzmann, in your essay, "Who told whom that I am a Jew, and when did they tell them?" your write about Europe's new socio-political manoeuvre. Now, perhaps since 9/11, people have suddenly been defining a Jewish-Christian identity in opposition to an Islamic identity. Have you experienced these kinds of labels yourself?

Salzmann: Take, for example, my play Weissbrotmusik (White bread music): 170 young people around the age of 14 and above and their teachers attended a show of play. After the play, I usually get up on stage and talk to them. I have repeatedly been asked by teachers: "A friendship between Jews and Turks ... is that supposed to be a provocation?" The first thing I do is explain to the teachers that the Germans have never needed the Turks for anti-Semitism in the past. That really kicks the hornets' nest.

It usually ends with me telling them what my brother, who has just done his school-leaving exams in Germany in a class of Germans, has experienced, namely that these Germans are now using the word "Jew" as an insult again. And the kids sitting in front of me always confirm this: "yeah, it's an insult".

The image that is emerging in society at the moment that anti-Semitism has been imported from the Arab countries and from Turkey, enrages me instantly. And it's true; I have often been asked whether Deniz and I joined forces for that reason. I find that really insulting.

Utlu: We joined forces before we even became Jews and Turks.

Salzmann: Yes, before we were marketed as what we are now, we simply worked with each other.

Home
Print
Newsletter
More on this topic
Migrants in Contemporary German-language Literature: Two Worlds Under One SkyNew Trends in Germany's Immigrant Literature: The Guest Who Is a Guest No LongerInterview with Ilija Trojanow: "What Is the Other?"
Related Topics
Dialogue of Cultures | Intercultural Dialogue, Places of Dialogue, Turkish literature
All Topics

Dalia Hatuqa is an experienced journalist who has reported on the Israeli-Palestinian conflict from Ramallah, Washington DC and Amman. A writer for Time Magazine, Foreign Affairs ... END_OF_DOCUMENT_TOKEN_TO_BE_REPLACED

Since President Abdul Fattah al-Sisi seized power in Egypt in 2013, he has ruled the country with an iron fist. Civil society, opposition and free press struggle to survive. Tens ... END_OF_DOCUMENT_TOKEN_TO_BE_REPLACED

Very different Western reactions to the suffering in Ukraine and the Arab world show that there is a profound rift among cultures. Essay by Michael Young END_OF_DOCUMENT_TOKEN_TO_BE_REPLACED

Many Turks are dissatisfied with the international status of their country. At the same time, opinion polls reveal great scepticism among the Turkish population towards the USA. ... END_OF_DOCUMENT_TOKEN_TO_BE_REPLACED

Since Spain abandoned its traditional neutrality towards the conflict in Western Sahara, Morocco has announced a "new phase" in relations between the two countries. But what is ... END_OF_DOCUMENT_TOKEN_TO_BE_REPLACED

Tunisia's president has been carrying out a coup by degrees, demolishing the country's hard-fought democratic gains bit by bit. With an economy in turmoil and a splintered ... END_OF_DOCUMENT_TOKEN_TO_BE_REPLACED
Author:
Astrid Kaminski
Date:
Mail:
Send via mail

END_OF_DOCUMENT_TOKEN_TO_BE_REPLACED
Social media
and networks
Subscribe to our
newsletter